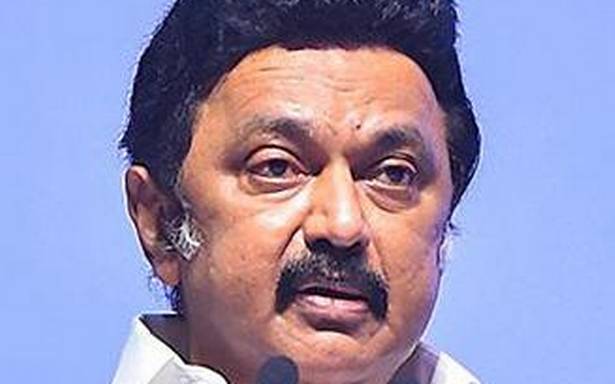 The AIADMK, PMK and BJP welcomed the CM’s announcement

Tamil Nadu Chief Minister M.K. Stalin on Friday announced that the State government would construct a manimandapam in north Chennai to mark the 175th birth anniversary of a social reformed from the 19th century, Iyothee Thass Pandithar.

Besides members of the DMK alliance in the State Legislative Assembly, principal opposition AIADMK and its allies PMK and the BJP too, welcomed the announcement made by the Chief Minister.

In a suo motu statement in the State Legislative Assembly, Mr. Stalin said: “In Tamil Nadu, no one could do politics without two words — Tamizhan and Dravidam. It was Iyothee Thass Pandithar, who converted these two words into identities.”

Recalling the life of the anti-caste and Tamil activist, Mr. Stalin said it was he who founded the Dravida Mahajana Sahbai’ in 1891. He founded Oru Paisa Thamizhan and later ran it as Thamizhan. Tamil Nadu politics was proceeding in the way he had laid down, the CM said.

“It was Mr. Kandappan, the grandfather of Iyothee Thass Pandithar, who handed over a copy of Thirukkural to Mr. Ellis [British civil servant Francis Whyte Ellis] and helped towards its publication. We should all bow our heads to his family’s contribution to Thirukkural,” the CM said.

Periyar E.V. Ramasamy himself has said that it was reformer Iyothee Thass Pandithar, who has been a pioneer for his rationalist campaign and reformist ideas, the CM recalled.