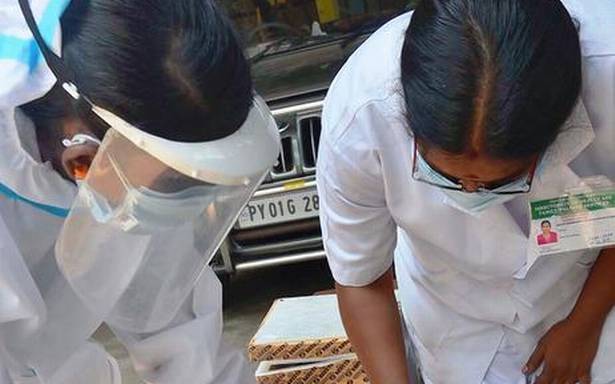 235 healthcare workers, 330 frontline staff and 9,082 members of the public take the first shot

The COVID-19 death toll crossed the 700-mark on Friday with three more fatalities being reported even as 531 new cases were recorded in the Union Territory.

While two deaths occurred in Puducherry, one was in Karaikal.

Of an estimated 7.19 lakh tests carried out by the Health Department, about 6.55 lakh were negative.

One death in Cuddalore

The toll in Cuddalore district rose to 299 on Friday, with one more death reported in Cuddalore, while 102 fresh cases took the overall tally to 27,254.

A 70-year-old man died of the disease at the Cuddalore Government Hospital. The district saw 25,895 recoveries and 713 were active cases.

In Villupuram district, 54 persons tested positive, taking the total number of positive cases in the district to 16,229.