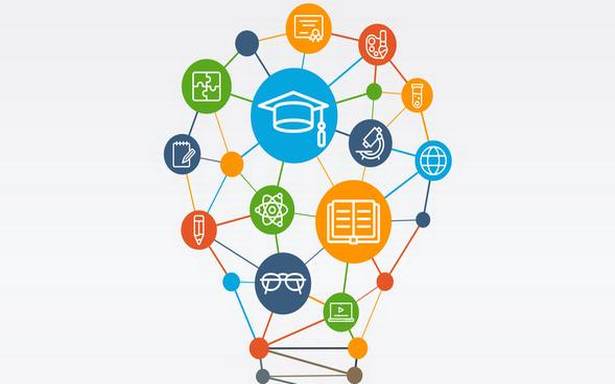 What the IITs are, are not

The original five IITs were established in the 1950s and early 1960s. Four had a foreign collaborator: IIT Bombay (the Soviet Union), IIT Madras (Germany), IIT Kanpur (the United States), and IIT Delhi (the United Kingdom). Currently, there are 23 IITs. After setting up IIT Delhi in 1961, it took another 34 years to establish the sixth IIT in Guwahati (1994). Since then, 17 more IITs have been established, including several that resulted from upgrading existing institutions.

Funded generously by the central government, the IITs focused exclusively on technology and engineering. They later added the humanities and social sciences — but these programmes were modest until the 2020 National Education Policy emphasised the IITs should focus more on “holistic and multidisciplinary education”.

According to data available with the Council of Indian Institutes of Technology, the IITs are small institutions with average student enrolments in the five older IITs of around 10,000. Some of the newer ones remain quite small, with fewer than 400 students. The older IITs have faculties of around 1,000, while some of the new ones, such as those in Palakkad and Jammu, employ 100 or so. Further, most of the IITs suffer from a severe shortage of professors. For example, IIT Dhanbad is approved to hire 781 instructors but only 301 positions were filled as of January 2021.

The IITs are not universities; they have neither the range of disciplines nor the size that characterise universities worldwide. The IITs started as undergraduate institutions; they gradually added small post-graduate programmes, but some are now adding significant post-graduate offerings. IIT-Bombay’s student enrolment, for example, was 58% post-graduate during 2019-20. The IITs were, and are, self-consciously elite institutions aiming at the highest international academic standards — a tradition which, in our view, is important but increasingly difficult to maintain.

It is not surprising that IITs graduates are so successful — the schools may be the most selective institutions in the world. Around 7,00,000 students sit for the national engineering entrance examination for the IITs and several other elite institutions each year and a vast majority of them target the 16,000-plus seats available in the 23 IITs. According to an answer provided in Lok Sabha by the Minister of Human Resource Development, in February 2020, dropout rates at the IITs are infinitesimal and declining, from 2.25% in 2015-16 to 0.68% in 2019-20.

Similarly, the IITs have traditionally attracted high quality faculty, where most have doctorates from the most respected western universities. Top quality professors have been attracted to the IITs because of the quality of the students, the chance to work with the best academic minds in India, and a commitment to India’s development. While salaries do not compare well on the international market, working and living conditions on the older IIT campuses are comfortable.

In recent years, however, things began to change. The IITs could not attract a sufficient number of young faculty to fill vacancies resulting from retirements. The emerging IT and related industries in India offered much more attractive salaries and exciting work opportunities, and many were lured to universities and industry in other countries.

At the same time, the government dramatically expanded the number of IITs, spreading them around the country. Most of the new IITs are located in smaller towns such as Mandi (Himachal Pradesh), Palakkad (Kerala), Dharwad (Karnataka), and others. While it is important to provide educational opportunities outside the major metropolitan areas, top institutions are seldom located far away from urban amenities. There is no doubt a sufficient number of excellent students to attend all of the IITs, but there are not now, nor will there be in the future enough top-quality faculty to staff all of the new institutes, especially those in mofussil locations. Facilities and infrastructure are unlikely to be “world class.” It is, thus, inevitable that quality will decline and the “IIT brand” diluted. This would be very unfortunate for India, since the IITs are without doubt India’s most recognisable and respected academic institutions.

Another area is the lack of correlation between the local needs and IITs. Most of the IITs and other prominent “Institutes of National Importance” are ‘academic enclaves’ with little connection with their regions. Only a few State governments are effectively utilising the presence of IITs in the local milieu through knowledge sharing networks involving universities, colleges and schools, and local industries and firms. Similarly, there are few community outreach programmes. Such an approach could prevent disruption, such as that occurring in Goa, where local groups are resisting locating a new IIT in their region.

What needs to be done

While excellent engineering/STEM (science, technology, engineering and mathematics) institutions are needed, they all do not have to be IITs. Perhaps 10 to 12 “real” IITs located near major cities are practical for India. Some of the newly established institutes can be renamed and provided with sufficient resources to produce high quality graduates and good research. A more limited “IIT system” needs to be funded at “world class” levels and staffed by “world class” faculty, perhaps with some recruited from top universities internationally. Recent decision to liberalise the recruitment rules to attract more foreign faculty is a good step in the right direction.

Further, the IITs need to pay attention to internationalisation beyond sending their brightest graduates abroad and recruiting Indians with foreign PhDs; starting overseas branches is a bad idea, but in-depth collaboration with the best global universities, and hiring foreign faculty, perhaps as visiting scholars, would yield excellent results, and further build the IITs international brand. IIT Bombay-Monash Research Academy, and University of Queensland-IIT Delhi Academy of Research (UQIDAR), are promising examples. The IITs need robust policies to attract international students. And, of course, adequate and sustained funding is mandatory — both from government and from the philanthropy of tremendously successful IIT graduates at home and abroad. It would be tragic for India’s “jewel in the academic crown” to be diminished. And overexpansion will inevitably mean exactly that.