As India tries to accelerate its massive vaccination programme in the middle of a devastating second Covid-19 wave, ground reports from states indicate a complex set of problems ranging from shortage of doses to glitches on the registration portal to panic and fear of the vaccines running out. 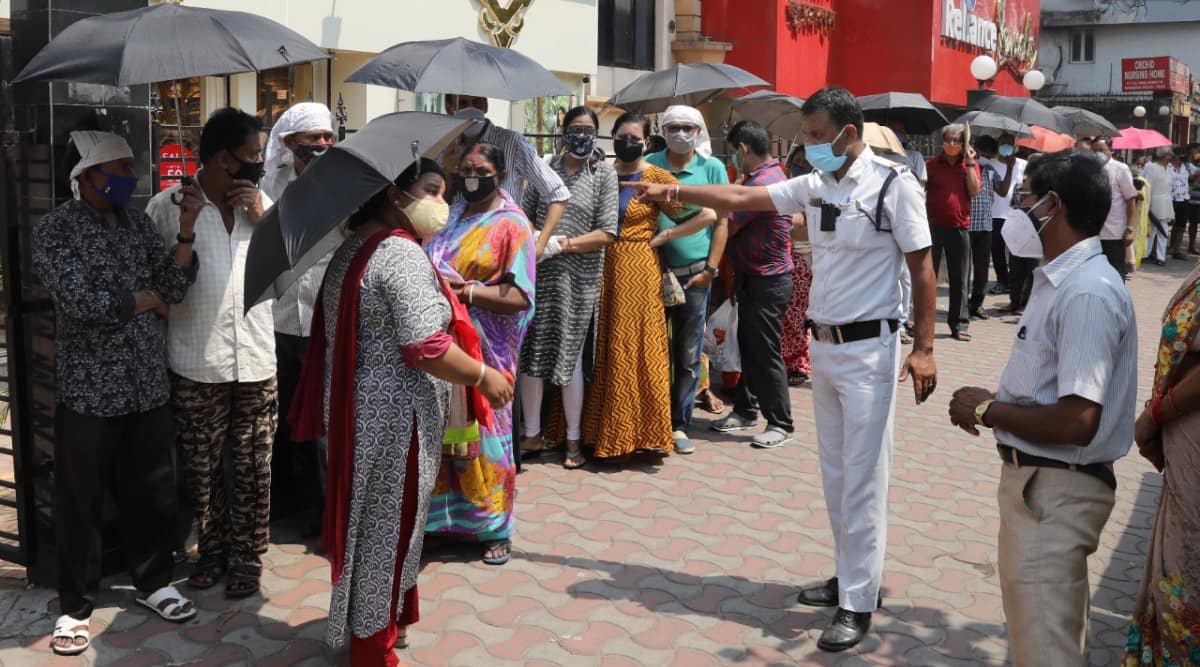 Last week, Ramesh Sehgal, 68, and his wife, residents of Kolkata, had a traumatic ordeal, making rounds of at least four vaccination centres in the city, before they got a jab of the Covishield vaccine despite having scheduled a slot on the Co-WIN portal weeks in advance. “When we reached the centre, we were told that all doses were over. We were asked to come back the next day,” said Sehgal.

The next day at 7 am, there was already a crowd of three dozen people at the Lebutala Park centre when the couple reached the spot. Within minutes, they were informed that barring a few, all shots had run out. They subsequently made frantic runs to other centres before they finally got a jab from the Medical College on College Street. All this in the middle of a raging second wave of the pandemic.

“Nobody was willing to listen to us at all. At the centres, no social distancing norms were followed,” he said.

Over 2600 km away, at the Jimmy George Indoor Stadium in Thiruvananthapuram on Monday, Covid-19 protocols were blatantly violated as hundreds of people, many of them above 60 years of age with comorbidities, flocked to the centre from 7 am to get a shot. The bizarre reason for the crowd was that a majority of them had been provided the same time-slot online. With no access to drinking water or seating, at least three persons fainted in the queue and had to be admitted to hospitals. 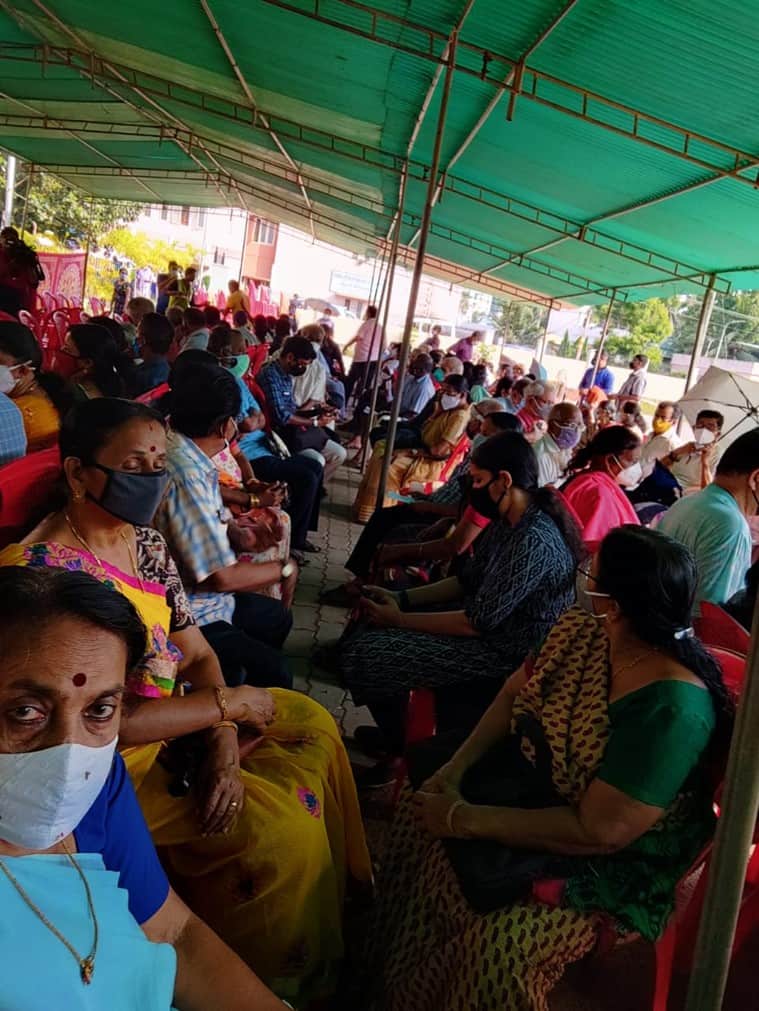 “I have been here since 7 am and we couldn’t see any health or police officials managing the crowds. It seems everyone was given the same time-slot,” an 80-year-old woman told a local TV reporter.

As India tries to accelerate its massive vaccination programme in the middle of a devastating second Covid-19 wave, ground reports from states indicate a complex set of problems ranging from shortage of doses to glitches on the registration portal to panic and fear of the vaccines running out. If the initial weeks of vaccination saw a general reluctance among the public, the severity of the pandemic’s second wave has forced them to flock to vaccination centres, flouting the very rules meant to keep them safe. And to top it off, the Centre will open vaccination to everyone above the age of 18 from May 1, even as lakhs of people in the 45-60 and above 60 high-priority age groups still await the jab.

In Assam, which has administered roughly 21 lakh doses till date, top ministers have expressed doubts about starting vaccination for those in the 18-45 age group in the first week of May, purportedly due to depleting stocks.

“Vaccine order has been given to Bharat Biotech and Serum Institute. When they provide us the vaccines, only then can we begin the vaccination. Today, the Centre has given a guideline, based on which…it will be ascertained what amount of vaccine each state will get,” said Health Minister Himanta Biswa Sarma.

As of April 26, the state had 2.57 lakh doses, which as per the average rate of vaccination in Assam would last just three days.

A top health official said the two existing vaccines, Covishield (of Serum Institute) and Covaxin (of Bharat Biotech), arriving in alternating batches has also been an issue leading to shortage. “For example, during Bihu in mid-April, we received a large batch of Covishield vaccine. So those who came for their second shot of Covaxin had to be turned back. Currently, shots of both vaccines are available. The demand has risen a lot and will continue to do so as vaccines open up for the 18-45 age group,” said Munindra Nath Ngatey, director of health services (family welfare) in the Assam government.

In neighbouring Manipur too, officials are aware of the dangers of crowding at immunisation centres. Even a moderate surge in infections can wreak havoc on the healthcare systems there. “We have received reports that in some of the centres, vaccination went on till 8 pm on Monday. That’s because people out of fear are randomly walking into centres without understanding the capacity. We have plans to help ease the situation,” said Dr Th Nandakishore, an immunisation officer, on Tuesday.

“If the vaccination rate climbs above the average, the current stocks will last for 10 days,” he said.

In faraway Telangana, the situation is no different. The state faces an acute shortage of doses due to limited supply as well as rising demand for the vaccine among the public in the second wave. Despite the state claiming to have the capacity to immunise 10 lakh people a day, it is giving the jab only to about 2 lakh people a day as a result of limited supply from the Centre and the manufacturers.

“We are trying to administer more than 2 lakh vaccine doses a day, but we are getting stocks to meet only our daily requirements. Today, we are left with only 1.5 lakh doses and we are expecting another 1.5 lakh doses by tonight,” said Dr G Srinivasa Rao, the state’s director of public health, on Tuesday.

At an urban primary health centre in Hyderabad, the presiding medical officer underlined the scarcity in doses. “Today, we don’t have any Covishied vials left. Many people had to be sent back. We are administering only the second dose of Covaxin today. Compared to before, the supply is less. We get daily instructions on which vaccine and which dose to administer for the day. We are managing to give away a maximum of 150 to 200 doses a day,” he said on Tuesday.

So far, Telangana has administered around 42 lakh doses, covering just about 10 per cent of the state’s population. It has announced free vaccines to the public irrespective of age or nativity, setting aside Rs 2,500 crore for the same.

“We are working on modalities to vaccinate people in the 18-45 age group. There will be a decision soon. But it is not possible to include this age group in the drive with the same supply of vaccines we are receiving now. We need more clarity on the availability of vaccines to be procured by the state,” said Dr Rao. On Tuesday, chief secretary Somesh Kumar held a meeting with Dr Krishna Ella, MD, Bharat Biotech, requesting him to ensure maximum doses to the state. The company is headquartered in Hyderabad.

In neighbouring Karnataka, several district health officers indicated that the vaccination for the 18-45 age group could be delayed by a week, though officially the government says it has adequate stocks. No statistics on existing stocks were available.“We have been given no guidelines on this yet. Senior officers have told us that procurement will take more time,” an official said.

Health Minister K Sudhakar told indianexpress.com that the state has placed an order for one crore doses of Covishield with SII. On procurement of Covaxin, the state is yet to spell out its stand. “Till date, we have inoculated 50 per cent of our healthcare workers, 30 per cent of frontline workers and 4 per cent of people aged above 60 and aged between 45-59 (with comorbidities) with both doses,” Sudhakar said.

While Karnataka has administered over 88 lakh doses, statistics show there is a sharp fall in those who have taken the second dose among the high-priority age groups. Only 15 per cent of those above 60 and five per cent of those in the 45-60 age category have taken the second jab. “We need to spread better awareness on why taking the second dose of the vaccine is so important,” said Dr Giridhar R Babu of the Public Health Foundation of India.

In Tamil Nadu, Chief Minister E Palaniswami has written to Prime Minister Narendra Modi requesting the Centre to supply the required quantity of vaccines for all three age groups. A budgetary provision of Rs 35,000 crore has been made to fund the vaccine supply, he said.

‘Things will be tough from here on’

As those in the 18-45 age group open up for inoculation across India on May 1, there is little clarity among health officials at the grassroot level on how to go about it. There’s still a significant section among the high-priority groups with comorbidities who haven’t received their first or second doses.

“There is no provision as of now within the (Co-WIN) software to give priority to those who have to take the second dose,” said Dr Santhosh, a health officer in Pathanamthitta district of Kerala, indicating that those who manage to schedule appointments on the portal will have access to the jab first. 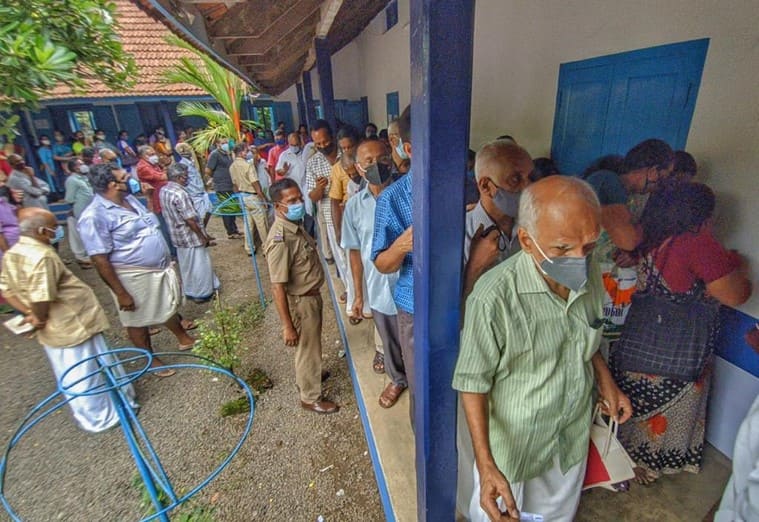 Kerala, which has inoculated 16% of the population with 69 lakh doses so far, may open up vaccination in the 18-45 age group for those with serious comorbidities first. But it’s not clear how it will do so, considering all registrations are done via the portal. The state suspended mass vaccination camps with on-the-spot registrations last week after districts like Kottayam and Thiruvananthapuram reported swelling crowds, breaking all Covid-19 protocols. Officials feared such camps would turn out to be super-spread events especially when the state’s test positivity rate has remained above 20% for the last two weeks. New daily infections in the state crossed 30,000 on Tuesday.

“Earlier, people were more disciplined. But now, they fear that vaccine doses are ending and are creating panic. Due to crowds assembling, we had major law and order issues. To manage crowds, we switched completely to online registrations,” said Dr Santhosh.

In Kerala, officials are creating short-term sessions on the portal depending on available stocks. As a result, people are finding it difficult to schedule appointments in nearby centres. Some have resorted to travelling outside their districts to get their family members vaccinated. 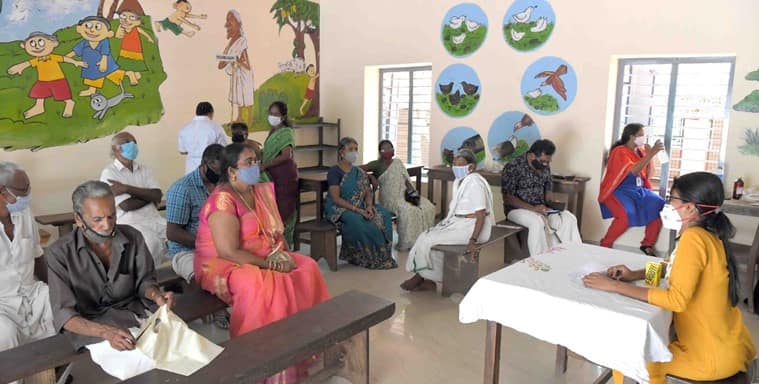 “We are getting doses that last only one or two days. So, we are creating sessions online only on the basis of doses we have. If we create a session today, people can book appointments for the next day. This will go on until we get a larger volume of doses,” said Dr Mathew, officer in charge of vaccination in Kottayam district.

A senior health officer in Kerala said there are ‘problems from head-to-toe’ in the vaccine distribution in the country. “From now on, if SII makes 100 doses, half of them would go to the Centre which will be distributed across the 30 states and UTs. The remaining half go to the private sector and state governments. Many states have already booked lakhs of such doses. There are problems from head to toe in the distribution of the vaccine. Things will be tougher going forward,” he said.

“Initially, we would literally beg people to come and take the vaccine and they would be arrogant about it. But now, the situation has changed. They realise how precious it is,” he underlined.

(Inputs from Adrija Roychowdhury in Kolkata, Jimmy Leivon in Imphal, Ralph Alex Arakal in Bengaluru and Janardhan Kaushik in Chennai)