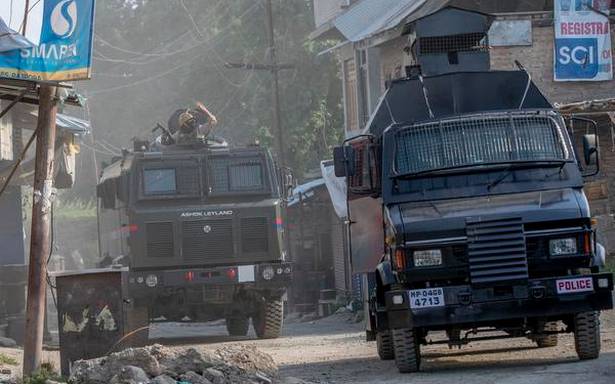 Three militants, including a Lashkar-e-Taiba commander, were on July 14 killed in an overnight operation of the security forces in south Kashmir’s Pulwama.

The three militants were encircled during the midnight operation of the security forces in New Colony of Pulwama town.

“The search party came under fire from the hiding militants, triggering an encounter,” the police said.

Meanwhile, a curfew was imposed and the Internet snapped after the operation was called off in Pulwama town “as a precautionary measure”.