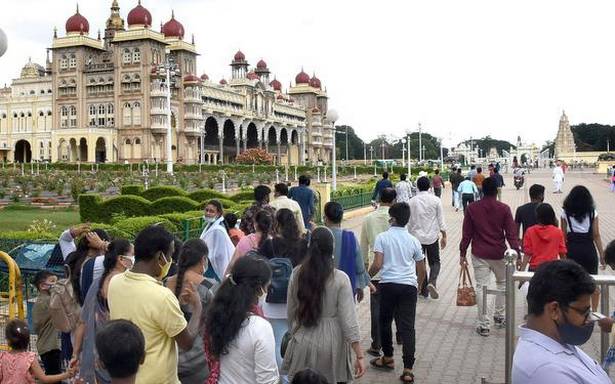 If the current trend is any indication, frustration over being locked in for nearly two years and the impact of the devastating second wave of COVID-19 has led to a tourism boom in Karnataka. Starting this weekend, and well into the next, the Dasara holiday season has brought good tidings to stakeholders in the sector.

Jungle Lodges and Resorts (JLR), for example, is witnessing record occupancy rates, better than what was seen in the past 40 years. Senior officials said that since they reopened in July, the average occupancy has more than doubled from 20% to 50%. “During the weekends, we are almost full, so much so that it is almost impossible to get a room,” an official said.

So what is fuelling this? “Safe destinations are in demand, especially ecotourism, and we have good destinations. September is a lean month, but we still had over 50% occupancy. In November, we expect this to go up further to 65% or 70%. Some properties are individually seeing 80% occupancy. And the peak season is December,” said the official, pointing out that the demand was here to stay.

This is the common trend in government-owned properties, said Sindhu B. Rupesh, director of the Tourism Department. “Dasara is a simple affair this year. But the Karnataka State Tourism Development Corporation and JLR properties are booked. The demand is not just in Mysuru, but in other districts too. They are all generally full and people are really travelling,” she said.

M. Ravi, founder member of Karnataka Tourism Society, said that with COVID-19 cases having come down considerably, people who were staying indoors have started venturing out. “They are clubbing their holiday with Dasara. While some are travelling to experience the festival, most are actually going out to other destinations. Homestays, guesthouses, resorts — they are all going full for the next weekend. This is a very good sign for the industry,” he said.

Apart from the usual popular destinations such as Mysuru, Kodagu, and Chikkamagaluru, he said Gokarna, Dandeli, Karwar, Murdeshwar, and the coastal belt of Mangaluru and Udupi had also improved a lot. But not many people are venturing outside the state yet, especially to Kerala, he added.

However, he said that though taxis and other tourist vehicles were doing well, tourist buses were still suffering as no one wanted to go in a group yet. “Once corporate companies open again, this might change as they have group outings,” he said.