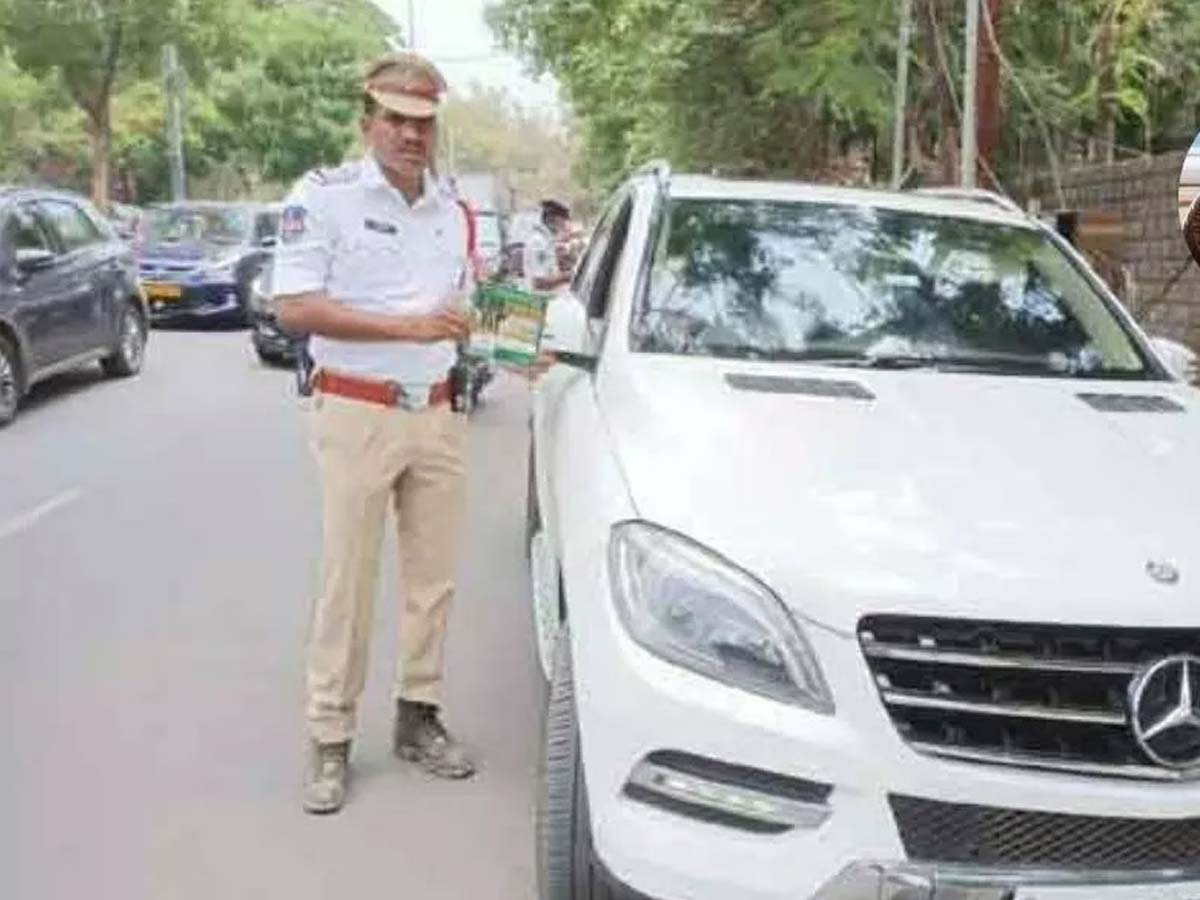 Hyderabad Traffic Police is acting very strictly regarding the violation of traffic rules in the city Hyd. The traffic police are doing raids and are imposing fines on people for putting the black film on car windows.

Recently, the police took action against Akkineni Naga Chaitanya, Allu Arjum, Trivikram Srinivas, Manchu Manoj as well for putting black shields on his car windows. There is a strong buzz in the film industry that Hyderabad traffic police  imposed a fine of Rs 1,450 on a car of  Young Rebel star Prabhas. The police caught the vehicle  of Baahubali star at Neeeru crossroads on road number 36 of Jubilee Hills and found that the car was full of black film.

On inquiry, it was found that the  expensive car belonged to Radhe Shyam star Prabhas . The police also found that the car did not have a proper number plate and it was  also found with an MP sticker. When the fine was imposed, Prabhas was not in the car.

On the otherside, Prabhas’  PR team released a statement and busted this rumor. Prabhas is currently chilling abroad. Soon he will come back to India and join the sets of his upcoming projects. He will be seen in Salaar, Adipurush, Project K, Spirit and another film with Maruthi.