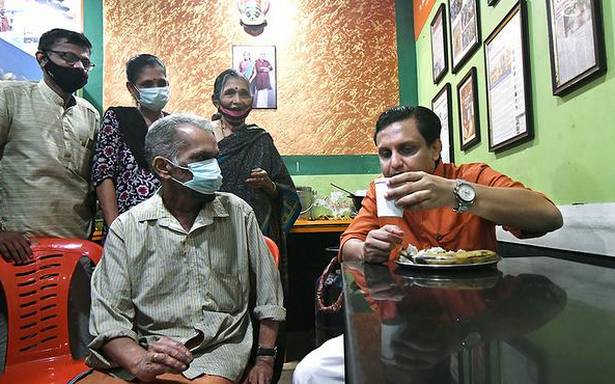 They apprised him of the urgent need for cleanliness to increase tourist arrivals in Kerala.

The Minister, who was in the city to address a slew of public functions, savoured upma, banana, and piping-hot tea from the wayside eatery run by the couple, who made news by saving up money and travelling to 25 countries during the past 14 years. He listened carefully as they narrated their travel experiences. They also told him of the need to develop the State’s waterways and steps that ought to be taken to prevent exploitation of tourists.

Mr. Riyas left after extending his wishes to the couple who are readying for their Russia tour.