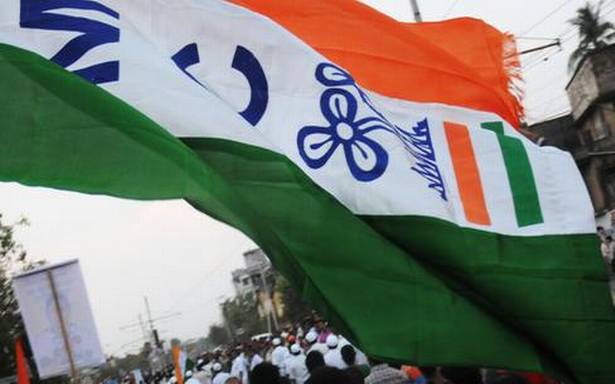 The ambitions of the Trinamool Congress (TMC) beyond West Bengal appears to have taken off in Tripura.

Language is a factor; Tripura, like West Bengal is dominated by Bengali speakers. But the alleged misrule of the Biplab Kumar Deb-headed coalition Government led by the Bharatiya Janata Party is said to be the main reason.

The TMC hopes that the “undercurrent of resentment” against the BJP would help it make a mark in the Agartala Municipal Corporation elections scheduled on November 25.

This is the first attempt of the TMC to contest civic polls outside West Bengal. The party has fielded 51 candidates, including 27 women.

“They prevented us from holding rallies, they attacked our people, hounded us, tried to make life difficult for us, but we still fielded candidates for the civic polls. This is because the resentment against the Government that has failed to deliver on its promises is very strong,” TMC’s Rajya Sabha member, Sushmita Dev said.

She is a former Congress MP from southern Assam’s Bengali-speaking Barak Valley adjoining Tripura. Her father, former Union Minister Santosh Mohan Dev was a two-time MP from Tripura and had helped install a Congress Government in the State in 1988.

“The BJP cannot win the next Assembly elections in Tripura. The party that can replace it has to give the people a realistic, believable vision. TMC was never focused on Tripura in the past but is now. We are trying to walk the talk by building our organisation,” Ms. Dev told The Hindu.

According to Ashish Das, who quit as a BJP lawmaker to join the TMC on October 31, the ground for Mamata Banerjee’s party in Tripura was “very fertile”.

“People are scared to speak out because of the reign of terror let loose by a dictatorial Chief Minister. They are desperate for an alternative. The civic polls can give us some indication of the people’s pulse and sentiment,” he said.

Mr. Das said the people of Tripura had voted out the Left Front and accepted the BJP but soon realised it was a bad decision. He claimed people have been joining the TMC and many top leaders, including MLAs, would make the shift at the slightest of opportunity.

“After coming to power in 2018, the BJP had passed a law making an MLA eligible for pension and perks even if he or she has served for a day. Soon after I joined the TMC, they decided to scrap this provision and make it mandatory for an MLA to complete a five-year term to enjoy the benefits,” he said.

This was aimed at stopping other MLAs from quitting the BJP, Mr. Das said. He was among five MLAs who had organised an allegedly rebellious meeting in Agartala in August.

“People in Tripura know Mamata Banerjee has proved her credibility as an administrator and is one of the very few leaders in the country who has stoop up to the BJP. We will play this card in Tripura,” Ms. Dev said.

A BJP spokesperson in the State said the TMC was daydreaming about ruling Tripura. “This dream will come crashing after the civic polls,” he said.