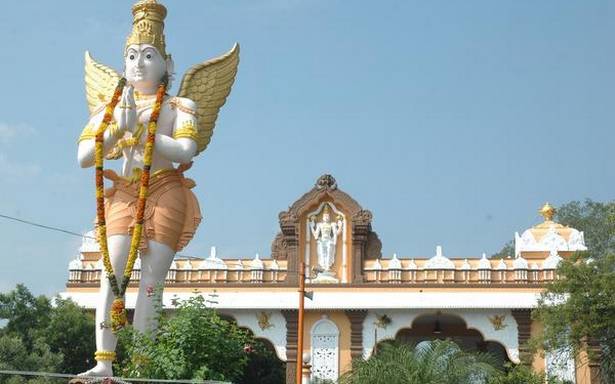 TTD is seriously contemplating with the proposal to enhance the toll fee collected at its Alipiri security checking plaza in Tirupati- the gateway to the sacred hill abode of Lord Venkateswara.

It has addressed a letter to the government seeking its approval.

TTD operates two ghat roads between Tirumala and Tirupati and collects fees as per the rates approved by the state government.

According to rough estimates about 4,000 to 4,500 four wheeler vehicles ply on the ghat roads daily in addition to about 1,000 motor cycles fetching TTD a whopping revenue of around ₹ 4 crore annually.

Though TTD proposed to enhance the toll fee in December 2000 (after a gap of four years since the last increase in September 1996) through a resolution No. 656 it somehow could not then implement the revised rates.

After a gap of nearly twenty years TTD again proposed to enhance the toll through a resolution No. 300 in February 2020 and addressed a letter to the government seeking approval of the new rates according to which the two wheelers will be exempted form paying any toll and a uniform fee to be collected from for all types of Light Commercial Vehicles (LCV) and Light Motor Vehicles (LMV).

The Special Chief Secretary to government, Revenue (Endts.III) after going thorough the proposals in August 2020 hinted at further enhancement of the tariff for four wheelers so as to reduce congestion and pollution atop the town. Imposing of higher tariffs for private cars will not only discourage use of private vehicles but also encourage greater use of public transport which in turn shall contribute to serene environs atop the town he opined and sent back the proposals to TTD for reconsideration.

The board which discussed the subject for the second time however felt its resolution adopted in February good and saw no reason for further enhancement of tariff on four wheelers and conveyed the same to the government.

Should the proposal get approved in its original form all LCV/LMVs including taxis shall be charged a uniform toll of ₹ 50/- each, mini buses, lorries and goods vehicles ₹ 100 from their existing rates of ₹ 60 and ₹ 50, Lorries and JCBs ₹ 200 from the present ₹ 100 and all two wheelers exempted from payment of toll.