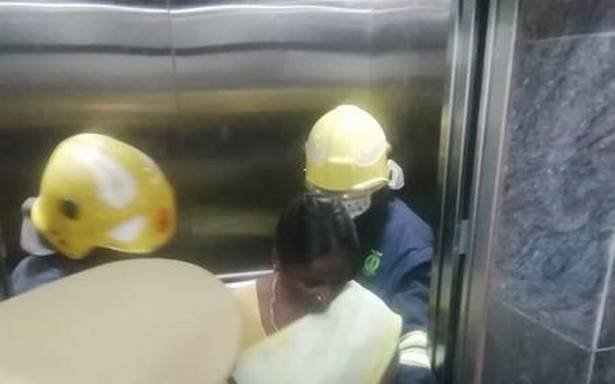 Fire and Rescue Services personnel rescued two persons who got stuck inside an elevator at Madurai Collectorate on Tuesday.

According to an official, a man and a woman, who tried to go to the first floor of the new annexure building at the Collectorate from the ground floor got stuck after it reached the first floor.

After trying for a few seconds to open the door, they raised an alarm, following which onlookers alerted the firemen of Tallakulam station located on the Collectorate premises.

Initially, the firemen tried to open the door with the key of the elevator. However, it did not work. Later, they used the door-opener and rescued both the persons.

Only a few weeks back, in a similar incident, firemen rescued 13 persons who got stuck in a lift car at Government Rajaji Hospital.