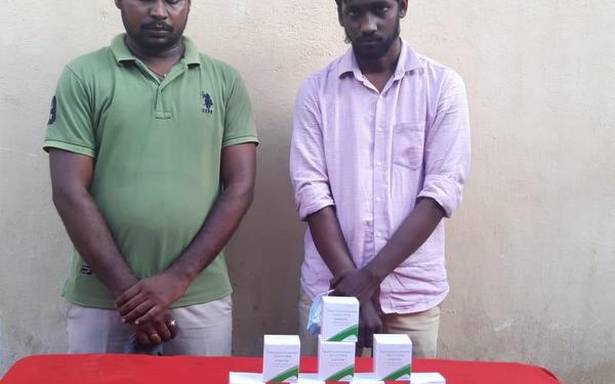 The team seized eight vials of Amphotericin B Liposomal Injections (Ambilon 50) and two mobile phones from their possession, Officer on Special Duty (OSD) P Radha Kishan Rao said on Wednesday. He said that the duo were procuring and selling each vial of antifungal drug for ₹35,000, while the actual price was ₹7,858.