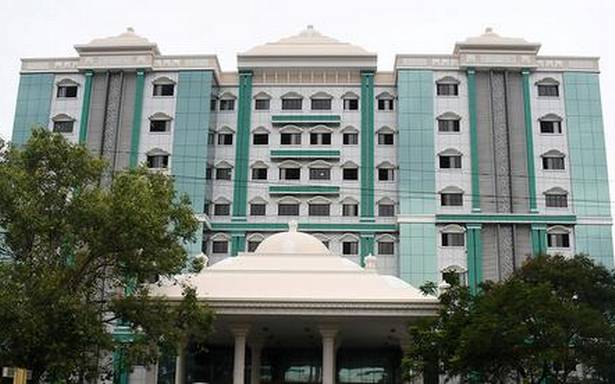 Two patients, who were admitted to the Intensive Care Unit (ICU), Tower-3, of the Rajiv Gandhi Government General Hospital (RGGGH), died following a reduction in pressure in the flow of oxygen. Hospital authorities said the two patients were very sick, and their critical condition led to their deaths.

On Monday night, liquid oxygen was being unloaded that caused a difference in pressure. This drop in pressure transmitted to Tower-3, following which two patients on ventilator died in an interval of 30 minutes. The remaining 81 patients admitted to the ICU were unaffected, according to officials.

Authorities of RGGGH said a 54-year-old woman, who was shifted from a private medical college hospital on the outskirts of Chennai to RGGGH at 8.45 p.m on Monday, and a 62-year-old man, who was admitted for 11 days, died.

“Both were very sick. The woman was intubated and shifted here in a very critical state and was unconscious. She had multiple co-morbidities with severe anaemia. She had tested negative for COVID-19 but we admitted her to Tower-3, where patients who test positive for COVID-19 and those with suspected symptoms are admitted, as she had clinical manifestations of COVID-19. The man had undergone amputation and had tested negative for COVID-19. But he had severe lung involvement. He was on CPAP ventilation,” a hospital authority said.

He added that there was no problem with the flow of oxygen but there was a change in pressure. “This drop in pressure was identified and rectified within a few minutes. These two sick patients died in an interval of 30 minutes due to their illness,” he said.