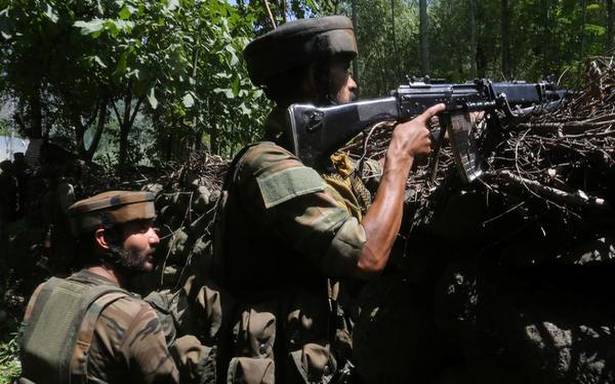 The incident took place near the busy Gulshan Chowk area

Two policemen were killed in a militant attack in north Kashmir’s Bandipora on Friday afternoon.

“Two police personnel, senior constable Muhammad Sultan and constable Fayaz Ahmad, received critical gunshot injuries in the attack. Both the injured were shifted to a nearby hospital, but succumbed to their injuries,” a police spokesman said.

The incident took place around 5:15 p.m. near the busy Gulshan Chowk area of Bandipora. Police have registered a case. “Investigation is in progress and officers continue to work to establish the circumstances, which led to this terror crime,” police said.

Lieutenant Governor Manoj Sinha condemned the attack. “No words are strong enough to condemn the heinous terrorist attack on our brave J&K Police jawans. We are firmly resolved to avenge this barbaric action by the enemies of peace and determined to completely dismantle the terror ecosystem. J&K administration will extend all possible support to the martyrs’ families,” L-G Sinha said.

“I condemn the militant attack on the police in Bandipore area. May Allah grant them jannat and may their families find strength at this time,” National Conference vice-president Omar Abdullah said.