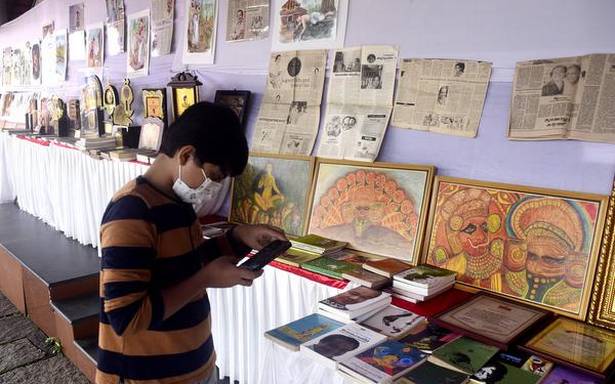 A year after U.A. Khader passed away, Kozhikode remembered the writer through a series of seminars, talks, documentaries and exhibitions. ‘Khader Peruma’ was organised by the Kerala Sahitya Akademi in association with the U.A. Khader commemoration committee on Saturday and Sunday in memory of the author of Thrikkottur Peruma.

“Khader is the Second World War’s contribution to Malayalam, in the sense that his father would not have been forced to flee Burma if not for the war,” said writer Subhash Chandran in his U.A. Khader commemoration lecture on Sunday.

Describing Khader as a man free from conspiracies and gossip, Mr. Chandran said the writer’s greatest contribution was teaching the readers of Malayalam literature that the feeling of ownership or kinship was meaningless.

Earlier, opening the commemoration meeting, CPI(M) Polit Bureau member M.A. Baby said Khader’s life experiences were great lessons for his readers and that they led to great thoughts. Writer T. Padmanabhan, in his keynote address, said Khader was the writer of some of the best fantasies in Malayalam.

Sahitya Akademi president and writer Vaisakhan presided over the event.

The two-day event was inaugurated Ports Minister Ahammad Devarkovil on Saturday. Seminars were held on topics such as ‘Different paths in language’, ‘Chains of birth relationships’, and ‘Nation, Nationality and Regionalism’. Uranjadunna Deshangal, a documentary, was screened on the first day. Gandhamapini and Irul Parithoshikam, two books by Khader, were released on the occasion by writer P.K. Parakkadavu. The brochure of the book U.A. Khader: Ezhuthu, Jeevitham, Katha by Gokuldas was also released on the occasion.

A painting competition was held for schoolchildren on the theme ‘Khader’s characters’, and the paintings have been exhibited at the venue. There is an exhibition of all the awards received by Khader, his books and their handwritten manuscripts, the paintings he made in his sixties, and newspaper cuttings of reports on him.