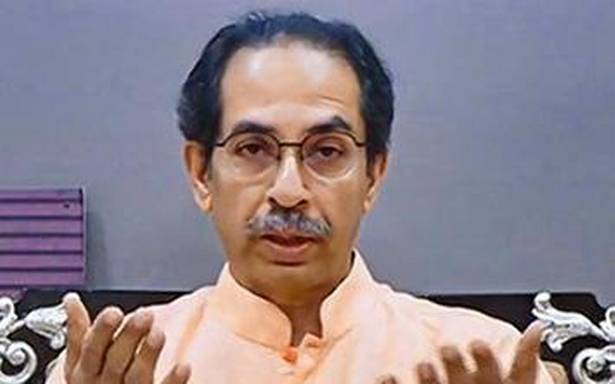 The Maharashtra CM also informed Bhagat Singh Koshyari that the State government had requested the State Election Commission to postpone by-polls for seats in local bodies which fell vacant following the Supreme Court verdict of scrapping political reservation for OBCs.

Maharashtra Chief Minister Uddhav Thackeray on Friday asked Governor Bhagat Singh Koshyari to join his government in seeking empirical data on OBCs from the Central government, which is essential for maintaining political reservation for the community in local civic bodies. He also informed that the State government had requested the State Election Commission to postpone by-polls for seats in local bodies which fell vacant following the Supreme Court verdict of scrapping political reservation for OBCs.

“The State task force as well as various experts and medical institutions in the country have expressed the possibility of the spread of coronavirus, and the Central government too has issued guidelines to follow precaution. In case of these by-polls, the coronavirus spread may intensify and administration will come under tremendous stress. Therefore, the State government has requested the State Election Commission to postpone the election programme,” said Mr. Thackeray in his letter to Mr. Koshyari.

This comes a week after Mr. Koshyari sent a letter to Mr. Thackeray, raising three issues presented to him by the Bharatiya Janata Party (BJP) delegation led by former Chief Minister Devendra Fadnavis. The issues included, holding monsoon session of the State legislature for only two days, election of the Assembly Speaker and OBCs’ political reservation.

Mr. Thackeray informed that the issue of OBC reservation was raised in a meeting with Prime Minister Narendra Modi. “Empirical data is essential to prove backwardness of the community for the political representation. Said data is with the Central government and if given to State government, then further action can be taken. We have requested Prime Minister but I request you to join in taking follow-up action for the same,” the letter said.

Commenting on Speaker’s election — the post fell vacant after former Speaker Nana Patole of the Congress became the party’s State president — Mr. Thackeray said that no time frame had been set in the rulebook for the same and no constitutional provision was violated since Deputy Speaker Narhari Zirval is functioning as the acting Speaker. “We cannot declare the date of the Speaker’s poll as every MLA has to undergo RT-PCR test, 72 hours before the session. Once reports of all members are received, we will fulfil all the rules and Speaker will be elected,” he said.

Addressing the issue of holding the monsoon session of the State legislature for only two days, Mr. Thackeray said that second wave of the pandemic had yet not receded and warnings of a third wave had already been given. “Decision to hold the session for two days was taken in a meeting of business advisory committee of both Houses and only this committee has a right to fix the period of the session,” he said.