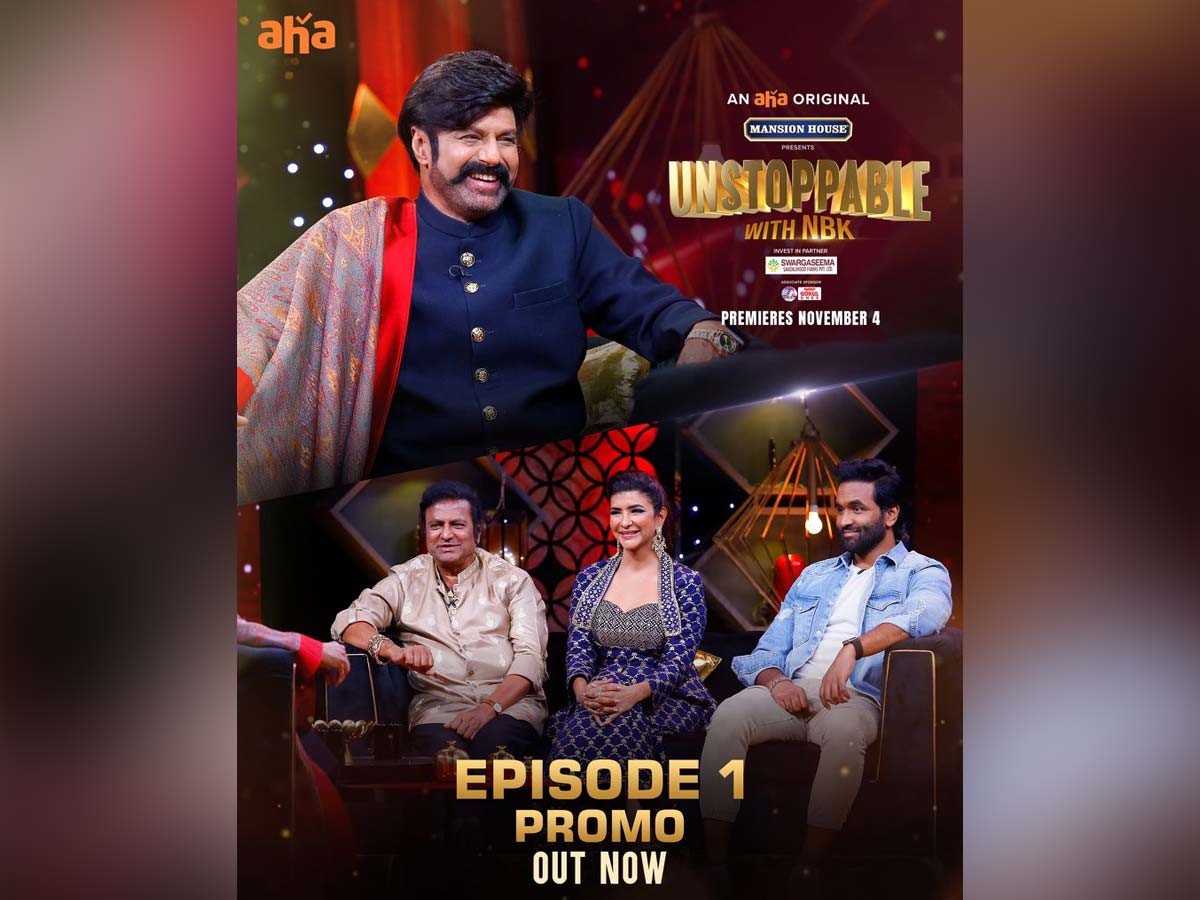 Unstoppable is a talk show, which marks Nandamuri Balakrishna‘ debut on OTT platform. The show will stream on Aha from 4th November onwards. The makers have already made the announcement with a new promo recently. Today the makers released a special promo video featuring Balakrishna and Mohan Babu, Lakshmi  Manchu and Vishnu Manchu.

Coming on the promo, Balakrishna looks stylish  in sherwani and he is  asking some personal as well as political questions. Mohan Babu questions why he let politician Chandrababu Naidu take over TDP, which was founded by the legendary actor and  politician NTR. Balakrishna gets aggressive on his question and asks Mohan Babu why he left Telugu Desam Party.

The premiere episode will host Mohan Babu, Vishnu Manchu and Lakshmi Manchu. The preview of this special episode, which is 3 min 2 secs long, starts with Balakrishna taking over the stage in his energetic avatar.  The fun banter between Balayya Babu and Mohan Babu will thrill their fans.

On the work front, Balakrishna starrer actioner with Boyapati Srinu, Akhanda, which has Pragya Jaiswal as the leading lady, is gearing up for a theatrical release. Soon Lion star will collaborate with director Gopichand Malineni for a Mythri Movie Makers production.