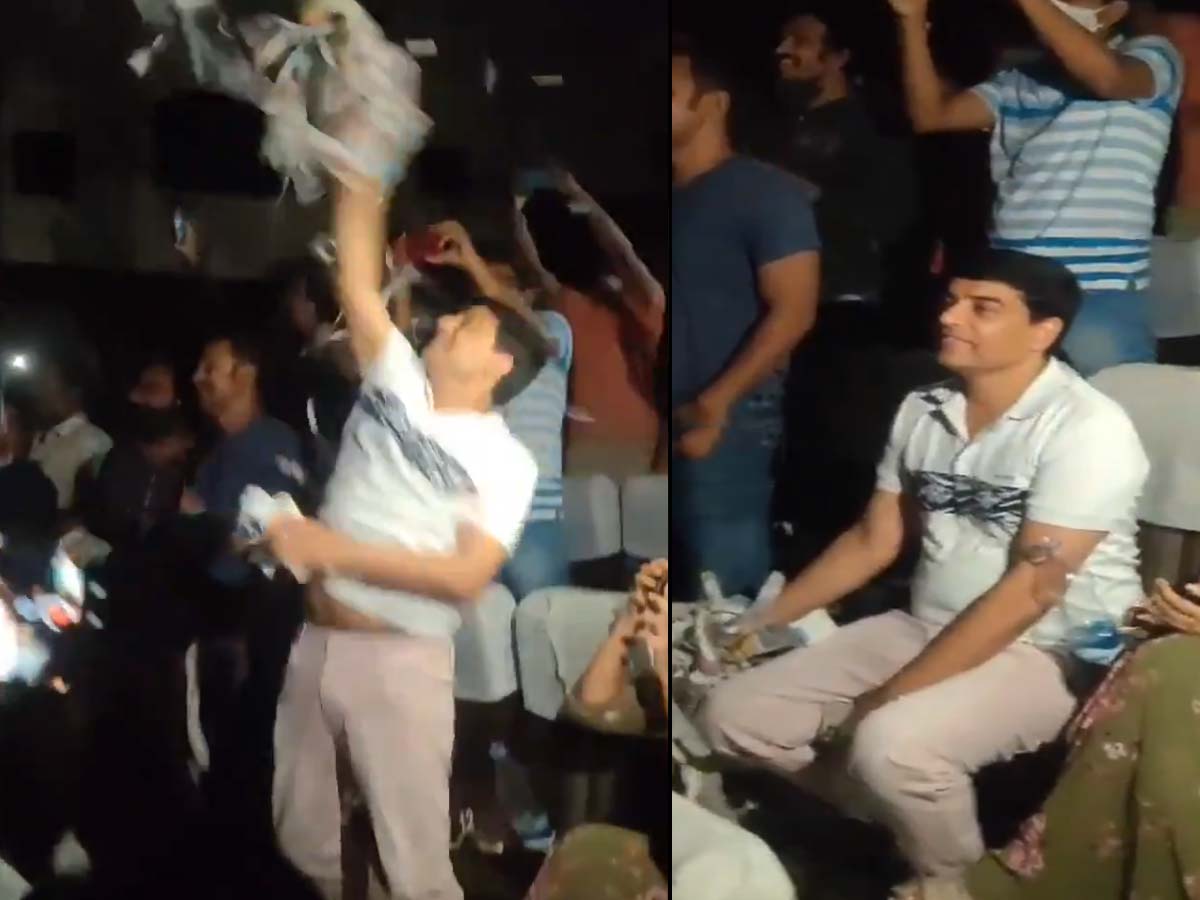 The actor and politician Pawan Kalyan made his comeback in acting in Telugu film Industry with Vakeel Saab after a gap of three years and finally the court room drama, which is remake of Hindi national award winning movie Pink, has arrived at the theaters today and is receiving positive response by the movie lovers and critics from each corners. Dil Raju who is a popular producer and distributor in the Telugu Film Industry has produced the film, Vakeel Saab starring Pawan Kalyan and Shruti Haasan. Terming himself as a fan of Pawan Kalyan, Dil Raju has left no stone unturned to express his excitement to work with Gabbar Singh star.

The producer Dil Raju had a fan-boy moment in the theatre. For Pawan Kalyan’s entry on the screen, Dil Raju was spotted throwing papers at the screen like all the other fans and the video for the same are going viral on the social media.

Recently Dil Raju revealed that  he had seen Pawan Kalyan’s craze in the theaters during his movie ‘Tholi Prema’. His dream comes true with Vakeel Saab.