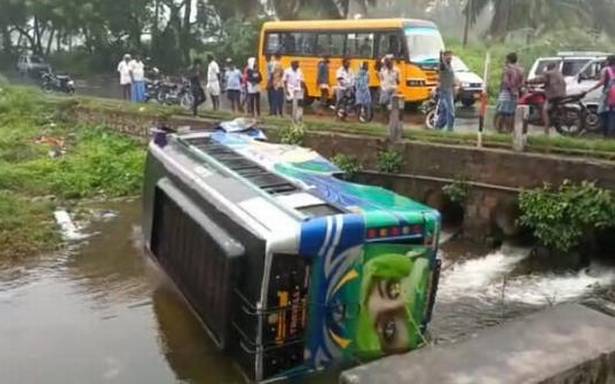 Four persons, including the driver, escaped with minor injuries after the van they were travelling in fell into a roadside stream at Sathyamangalam on Wednesday.

The van transports workers to a private textile mill and was moving from Sathyamangalam to Bhavanisagar. While nearing Ayyan Road, the driver lost control of the vehicle and the van fell into the stream. Three workers and the driver suffered minor injuries. They were rescued by the villagers. The incident took place when the van was dropping workers at their houses after work hours.

Police said that the road was slippery and it was raining when the incident occurred. Sathyamangalam police are investigating