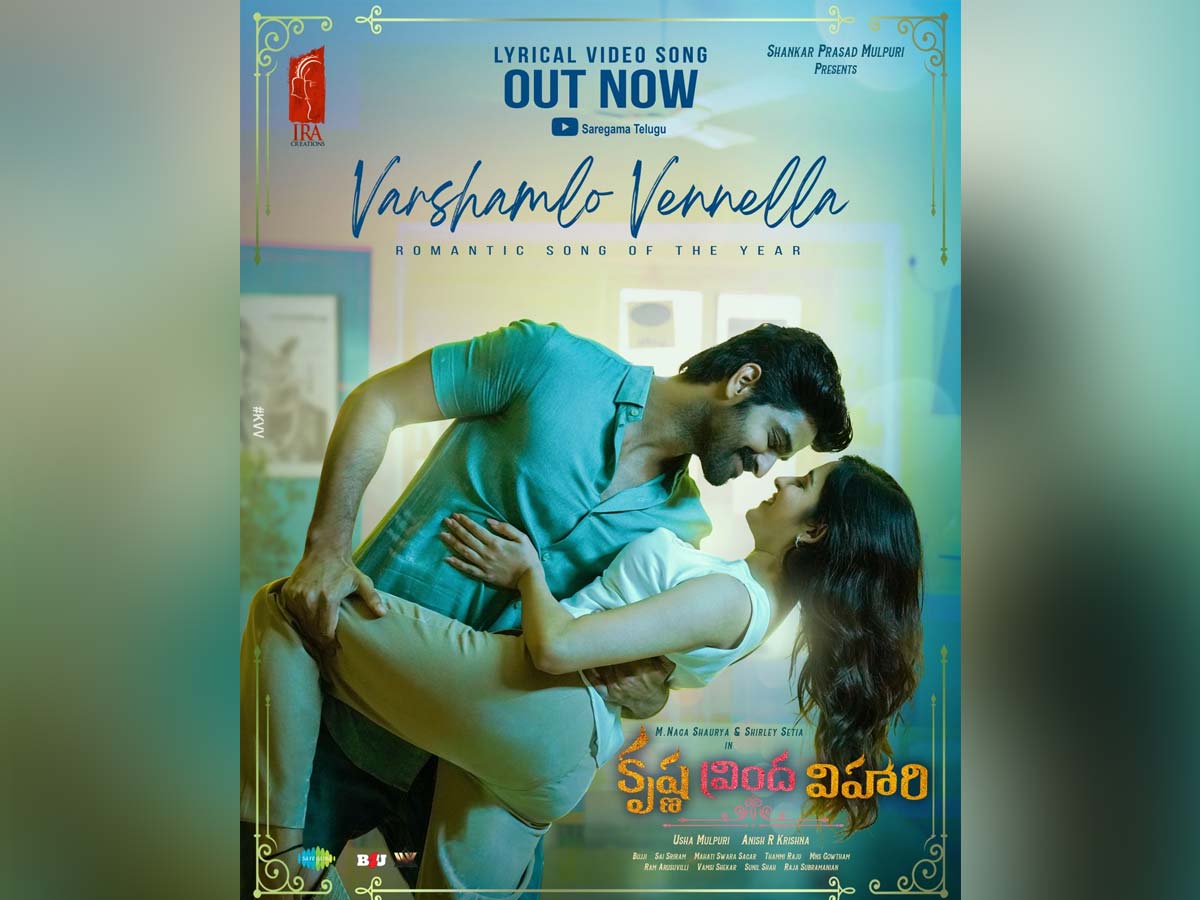 Samantha Ruth Prabhu came in the support of  Naga Shaurya and today morning launched the first lyrical video of  the romantic song Varshamlo Vennella from Krishna Vrinda Vihari. The song shows the sizzling chemistry of  the lead actors- Naga Shaurya and Shirley Setia. The song  Varshamlo Vennella  is crooned by Sanjana Kalmanje and Aditya RK. Sanjana adds oomph factor with his husky voice, while  vocals by Aditya  are expressive. Lyrics are penned by Shreemani. The visuals are as beautiful. After listening the song, one of the music lover wrote: Adithya rk your voice  i swear I’m just falling for your voice  and you daily  you sound amazing!! Just love this!! More to come adiiiiiii.

The movie Krishna Vrinda Vihari  is directed by Anish R Krishna and produced on a grand scale by Ira creations whereas the music is scored by Mahati Swara Sagar. Currently the film is in the post-production stage.

The makers  of Krishna Vrinda Vihari have launched an aggressive promotional campaign recently by releasing the teaser  of Naga Shaurya starrer and it has been receiving a decent response.

Naga Shaurya is essaying the role of a Brahim in the film, whereas Shirley Setia who is making her debut in Telugu film industry with this film. Yesteryear actress Radhika Sarathkumar is also the part of Krishna Vrinda Vihari and she will be seen playing an important role.