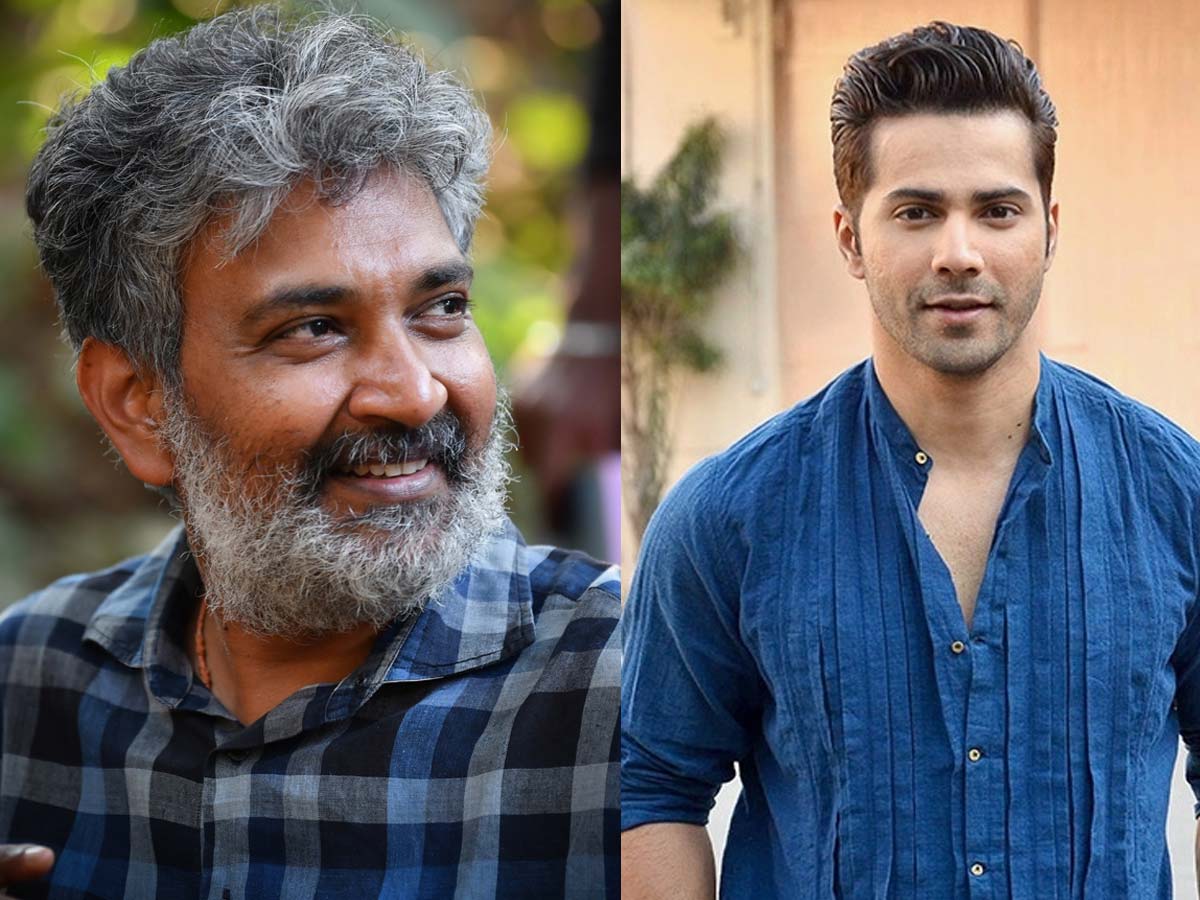 Bollywood actor Varun Dhawan has expressed his desire to work with south film maker and he is none other than SS Rajamouli, who is best known for helming Eega, Baahubali series and recently released blockbuster drama RRR. Varun Dhawan is one of the bankable stars  and he has delivered a number of superhit movies and some of them are even remakes of Telugu films. Currently he is busy in the promotional activities of his upcoming romantic drama Jugg Jugg Jeyo which will arrive at the theaters on the 24th of this month in a big way.

Recently during an interview, as a part of the promotional activities, when  Varun Dhawan was asked as to which director he is dying to work with, Varun Dhawan said without a doubt he wants to work with SS Rajamouli and he  is waiting for the opportunity.

Jugg Jugg Jeyo actor said, “SS Rajamouli sir is on top of the list. Then there are so many like Surender Reddy is great. The director of Pushpa and comedy caper F3 are amazing. There was a film which I had actually loved at one point. It’s a Malayalam film titled Premam. It’s such a beautiful movie, it’s directed by Alphonse Puthren.”

Now we have to wait and see when Varun Dhawan will get his chance to work with the Baahubali helmer.