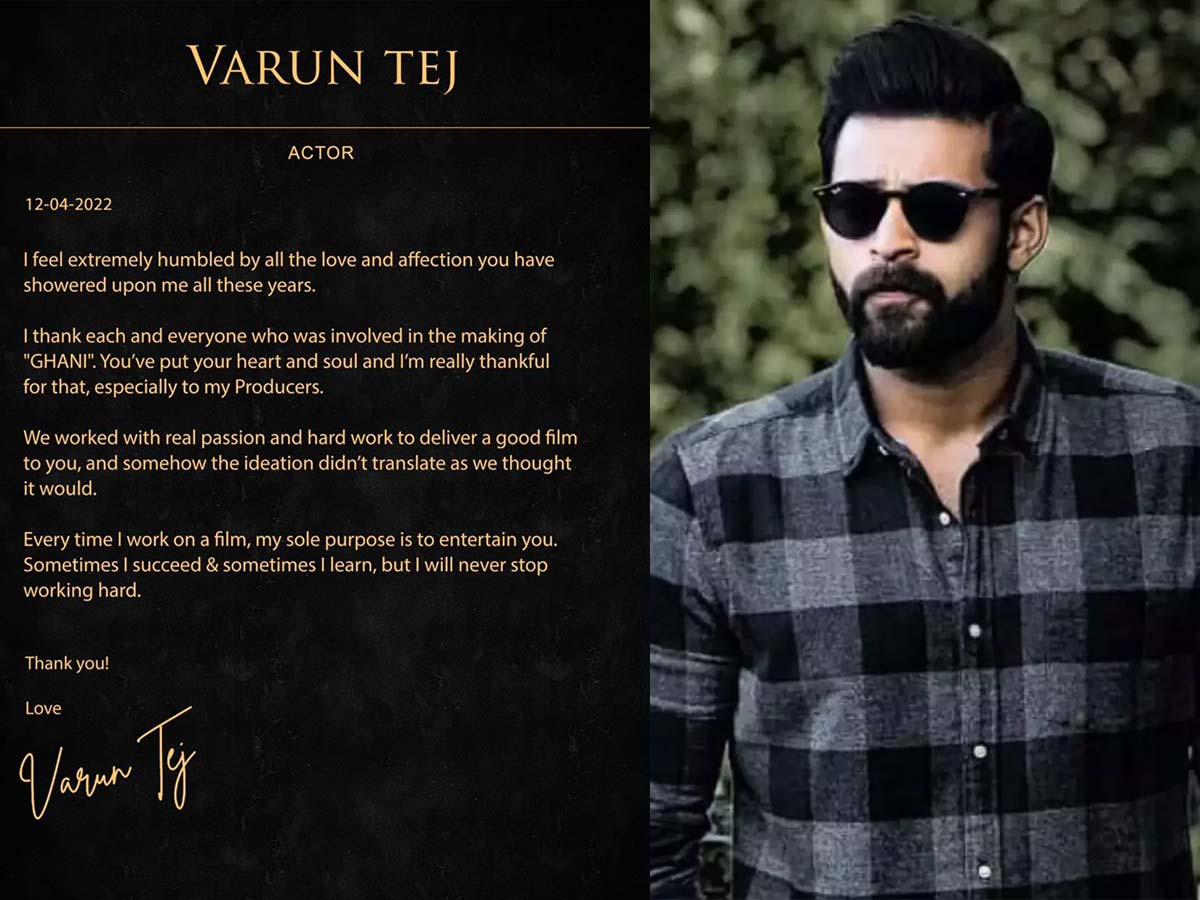 ‘Ghani‘ directed by Kiran Korrapati, produced by Allu Arvind’s son Allu Bobby and produced by Sidhu Mudda, a relative of the Bunny family. The songs provided by Thaman Music were also super hits. For this movie, Varun Tej.. worked out for a six pack and went to America to take special training in boxing. Joined the shooting of the movie ‘Gani’ after training as a professional sportsman.

The shooting lasted for 4 years. Delayed several times due to corona. Sai Manjrekar from Bollywood, Sunil Shetty and Upendra from Kannada were brought in for this movie. This film will be made with the highest budget of Varun Tej’s career.

However, all this hard work has gone wasted. The recently released Varun Tej ‘Gani’ movie has made the audience very disappointed. The openings were also very poorly recorded. Varun Tej wrote a letter in response to the result of this film.

Varun Tej responded with this letter.. “I feel extremely humbled by the love and affection that you have showered upon me for all these years. I thank each and everyone who was involved in the making of ‘Ghani”. You have put your heart and soul and I am really thankful for that, especially to my producers.

We worked with real passion and hard work to deliver a good film to you and somehow the ideation didn’t translate as we thought it would. Every time I work on a film, my sole purpose is to entertain the audience. Sometimes I succeed and Sometimes I learn new things. But, I will never stop working hard.” said Varun Tej.