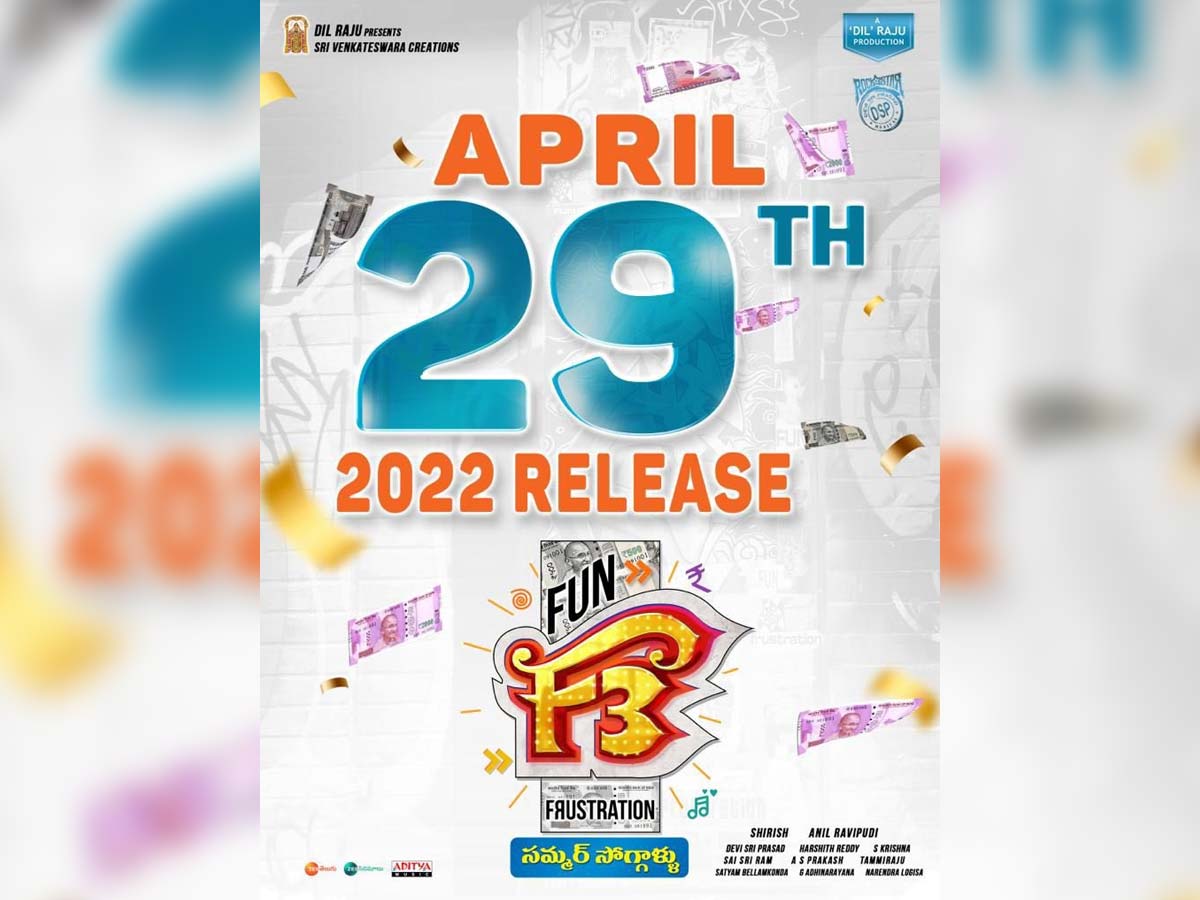 Today morning the makers of hilarious movie F3 shared a post and confirmed that the release of Venkatesh and Varun Tej starrer has been postponed and it will now be release on 29th April.  Initially F3 was slated to hit the theaters on 25th February  but as Pawan Kalyan and Rana Daggubati starrer Bheemla Nayak is arriving on 25th February, the makers of Venkatesh starrer F3 decided to  release the movie on 29th April.

A trade analyst confirmed it by posting, “To facilitate release for Bheemla Nayak we are moving our F3 Movie from Feb 25. As Sarkaru Vaari Paata was announced on April 1st and KGF Chapter 2 on April 14th, F3 Movie will now release on April 29th.

According to the latest report, the senior actor Venkatesh is going to have nyctalopia, also known as Night Blindness in  Anil Ravipudi’ magnum opus and there is going to be some serious fun revolving around his character.  He will be seen nailing the comedy sequences with his impeccable timing and the trademark mannerisms.

The movie F3 also has  Varun Tej, Tamannaah Bhatia, Murali Sharma, comedian Sunil and Anjali in the crucial roles. Devi Sri Prasad is composing the music, and  Sai Sriram is handling the cinematography.

F3 moves out of Sankranthi race