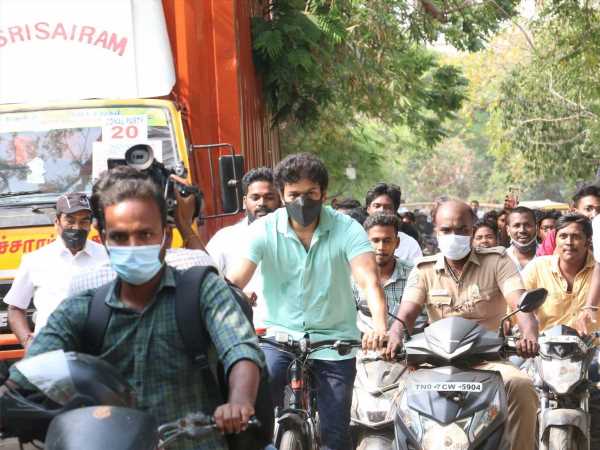 Tamil actor Vijay arrived on a bicycle to cast his vote.  Voting for Tamil Nadu elections has started. The people of Tamil Nadu have started voting in big numbers and the celebrities have also started to come in. Today is the 1st  and the only phase of elections in Tamil Nadu, Puducherry and Kerala.

According to the latest report, Tamil actor Thalapathy Vijay came to vote by riding a bicycle and was followed by crowds who were cheering him through his way to the venue. Few are also saying that Master actor Vijay came on a bicycle to protest against the rising prices of diesel and petrol.

Ajith and his wife Shalini were also spotted in a queue outside the polling booth as early as 6.40 am. Actors Suriya and Karthi  were seen voting early in the morning. The polling in 234 Assembly constituencies in Tamil Nadu and 30 Assembly seats in the neighboring Puducherry  started at 7 am today.