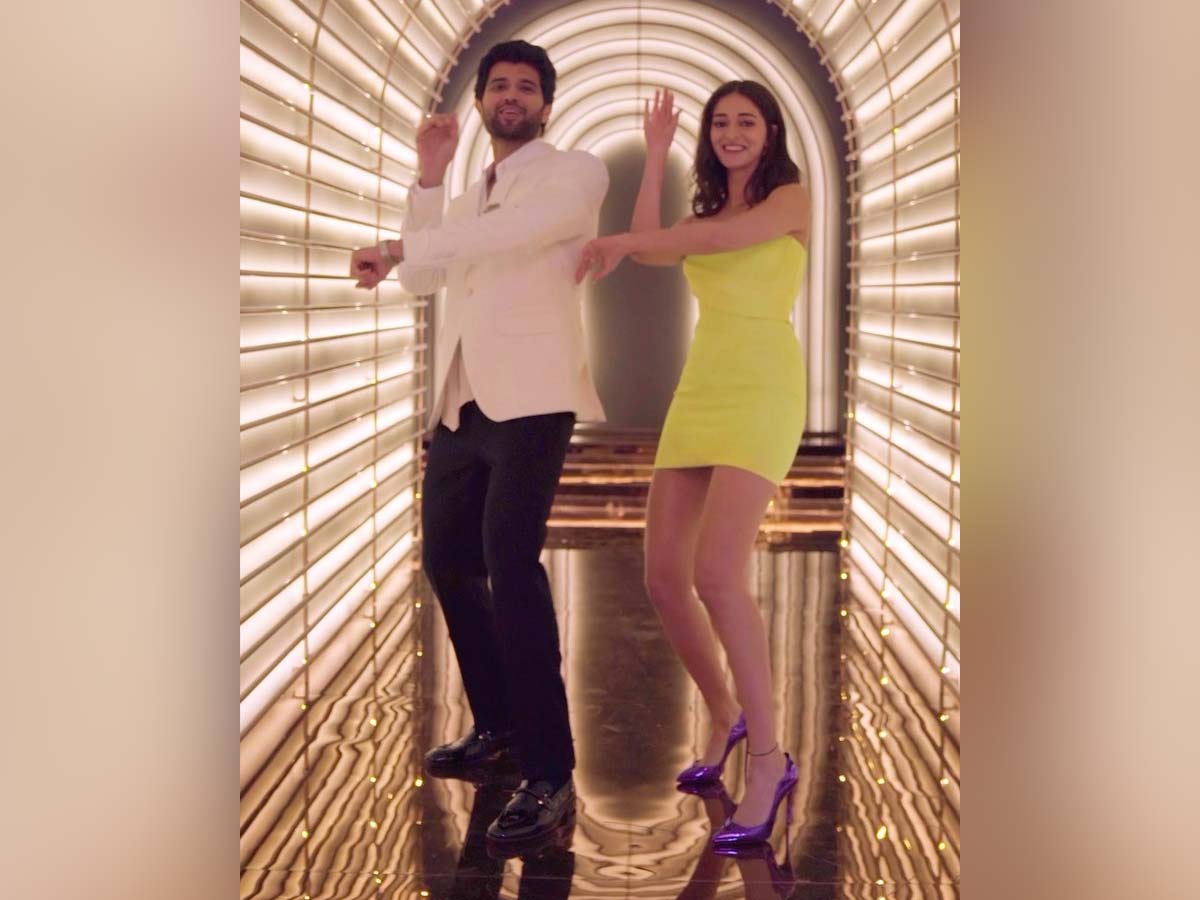 Ananya Panday took to her Instagram to share  the video clip and wrote: Hooked to this step and the vibe of this song! As they say – #JugJuggJeeyo to the team and all our love for the film from Team Liger

Coming on the video clip, Liger stars Vijay Deverakonda and Ananya Panday are seen having a great time grooving to this number.  It seems that the video is shot on the sets of Karan Johar’s talk show – Koffee With Karan season 7. Earlier this year, Karan Johar had announced that his much-awaited talk show will exclusively stream on Disney+Hotstar.  He is currently shooting for the show. Karan Johar  is the producer of Jugjugg Jeeyo as well as Liger.

The upcoming film Jugjugg Jeeyo marks comeback of Neetu Kapoor to the silver screen. The film’s first song “The Punjaabban Song” was mired into controversy when Pakistani singer Abrar Ul Haq said  that the makers of Jugjugg Jeeyo copied the song.

On the otherhand the movie lovers are eagerly waiting for the release of Liger which also has Mike Tyson,  and it is directed by Puri Jagannadh.