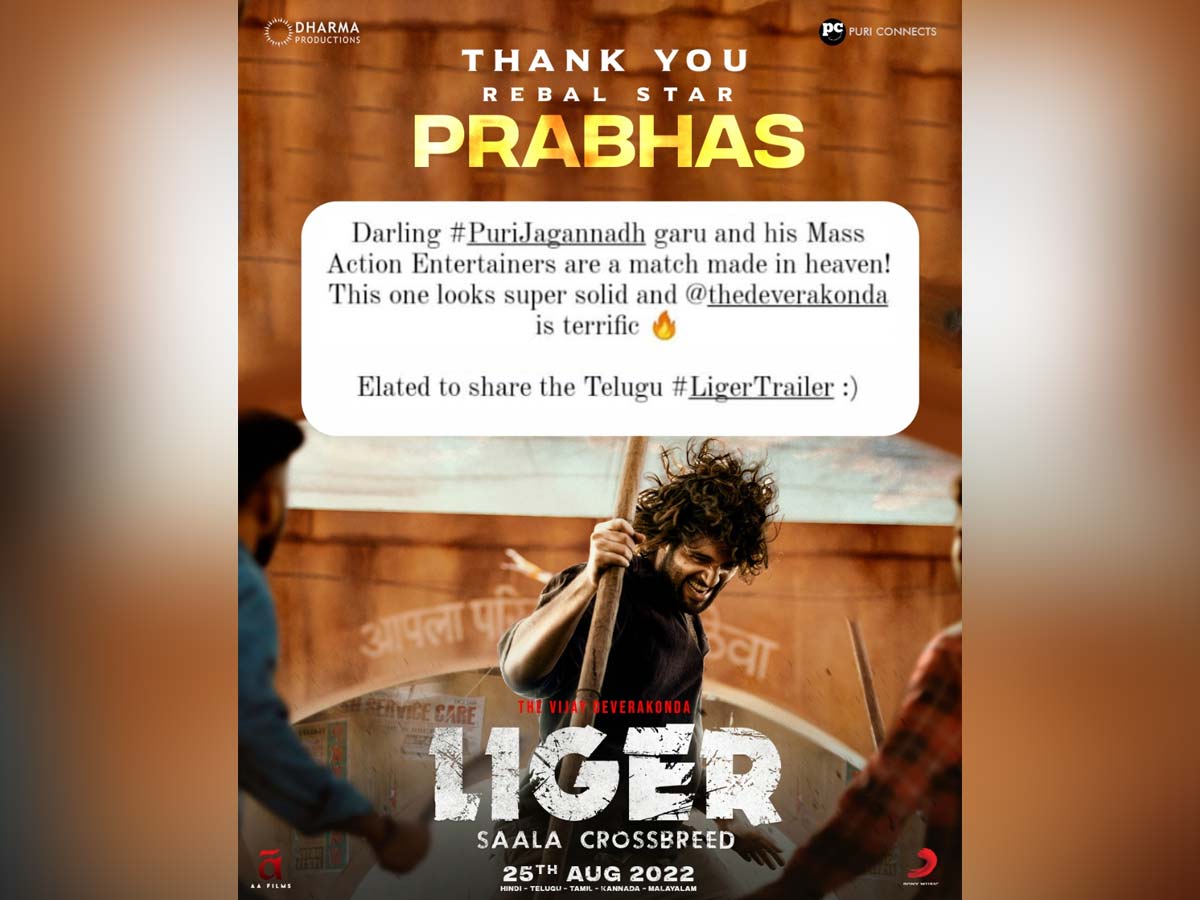 Prabhas took to his twitter and wrote Darling #Puri Jagnnadh garu and his mass action entertainers are a match made in heaven! This one looks super solid and @regdeverakonda is terrific.

Sandeep Reddy Vanga who is best known for helming Kabir Singh and Arjun Reddy shared his review on Liger trailer on Twitter and wrote: Ochindu chudu maaodu Looks like @TheDeverakonda & @purijagan sir are in great sync For sure it’ll be a great experience watching #Liger Vijjaayy….. Wholeheartedly wishing you a great success

Vijay Deverakonda’ abs and muscular physique has been the talk of the town ever since he revealed his n….poster for the film holding only flowers to cover his assets.