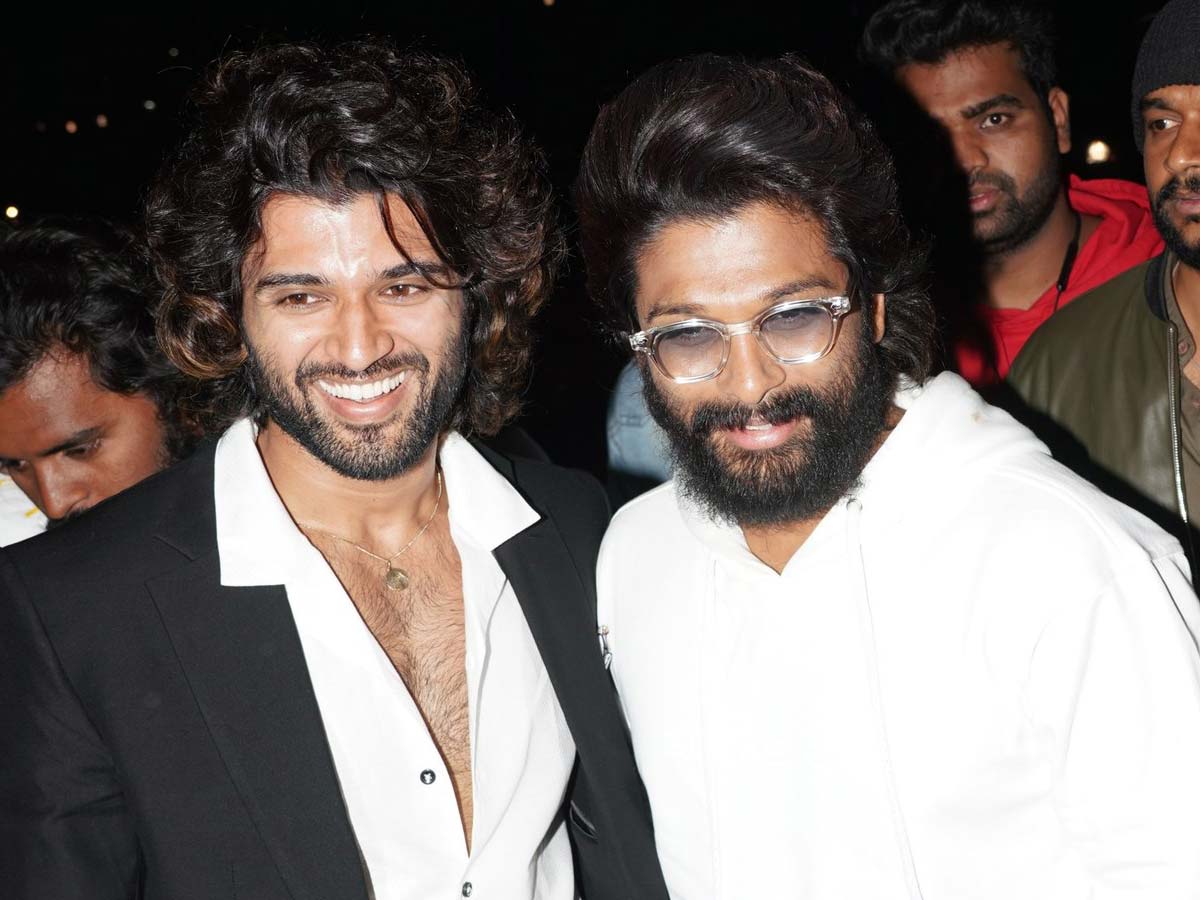 Anand Deverakonda, who made his debut in Telugu film Industry with the romantic movie Dorasani, is now coming up with a comedy, romantic and family drama Pushpaka Vimanam,  which is gearing up for the grand release very soon. Yesterday Allu Arjun launched the trailer of the film Pushpaka Vimanam on social media and Anand’s brother Vijay Deverakonda is so grateful for it.  Bunny wrote on the wall of twitter: Happy to launch the trailer of #PushpakaVimanam. Best wishes to the entire team. Later Vijay Deverakonda responded to  Pushpa actor and said, thanks and the full love for Allu Arjun.

On the occasion of the trailer launch event, Vijay Deverakonda was looking dapper in a black crisp suit which was topped over a white spotless shirt. He teamed his formals with brown pants. On the other hand, Allu Arjun was spotted in a bearded rugged look in a white t-shirt.  Both the actors- Vijay  and Allu Arjun were seen sporting infectious smiles while posing for the photographs together.

The film Pushpaka Vimanam is directed by Damodar and is produced by Vijay Deverakonda under the banner of  King of the Hill Productions and Tanga Productions.