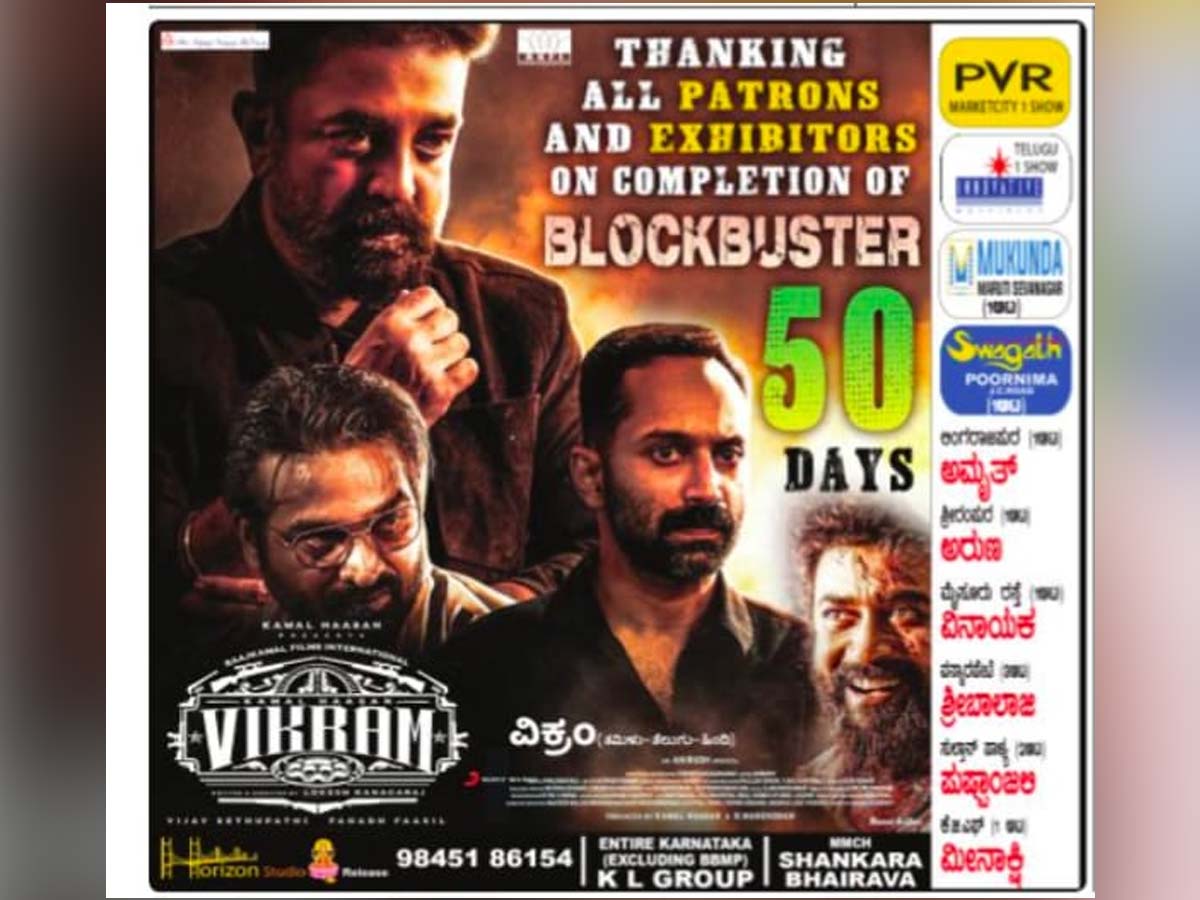 Kamal Versatile actor Kamal Haasan starrer action drama Vikram has created a number of records at the box office and emerged as a blockbuster. The action drama  Vikram completed its 50th day run in several centers in Karnataka and is running successfully at the cinema halls. Having an extended theatrical run is tough these days, but Vikram has done it with ease.

Kamal Haasan who is also the producer of Vikram participated in the promotions of  the film across locations like Chennai, Kochi, Hyderabad, Mumbai, Delhi,and Malaysia, among others. His groundwork made  Lokesh Kanangraj’ directorial venture reach its audience well before its release and developed a huge buzz for the film.

Vikram also has powerful talented actors like Vijay Sethupathi, Fahadh Faasil, and Chemban Vinod in crucial roles. Every character in this action drama has proved their strength and this made the film more engaging for the audience while watching the film in theaters. Also, Suriya’s special appearance lead  the movie to the next level.

We have already reported that after delivering successful venture,  Kamal Haasan gifted director Lokesh Kanagaraj a luxurious car. Not only the director, but the actor and prodcer also gifted all assistant directors a superbike as a token of love.