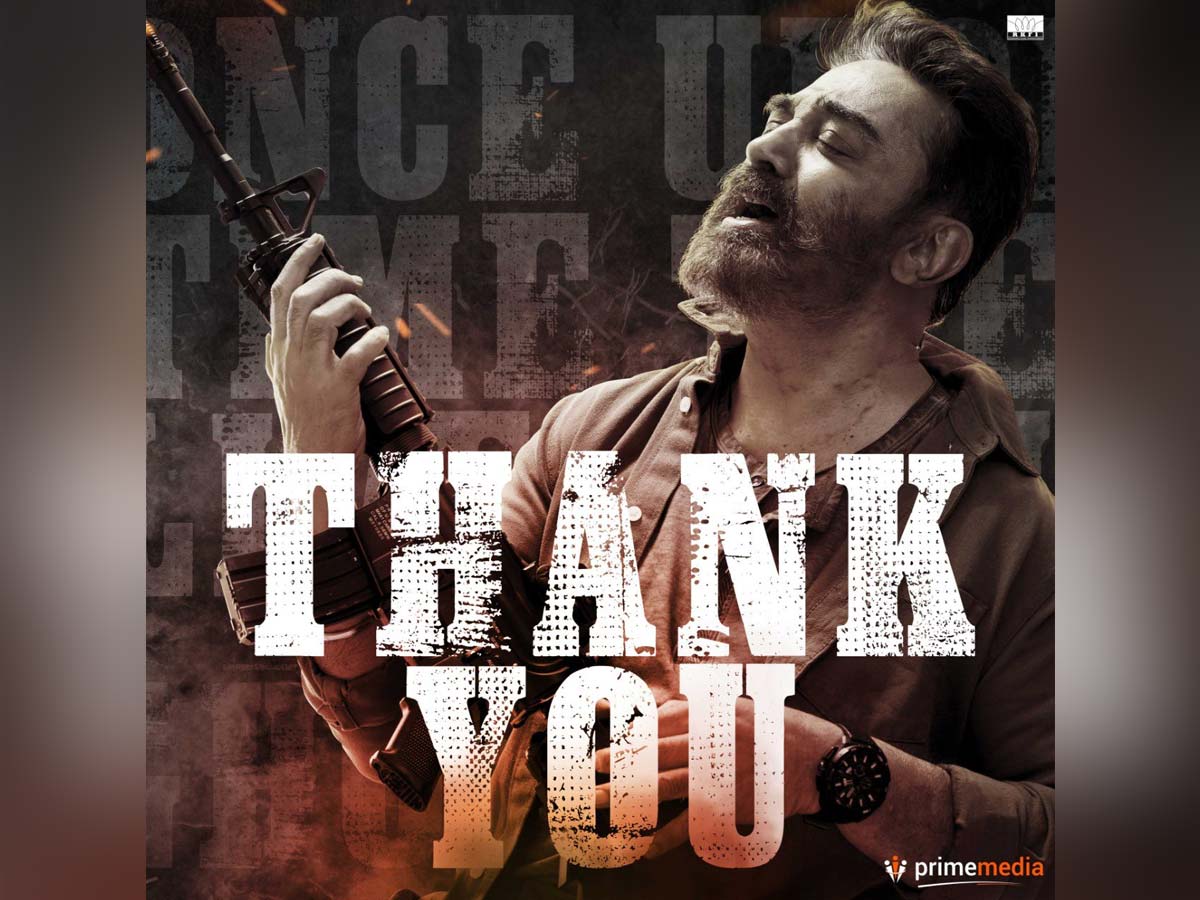 Vikram Box office Collections:  Kamal Haasan starrer Vikram is the most profitable venture to date in Kollywood. The movie brought the quintessential Kamal Haasan  back to the big screen by none other than his biggest fan, director Lokesh Kanagaraj. The movie  Vikram marked the collaboration of a dreamy trio in the form of Kamal Haasan, Vijay Sethupathi and Fahadh Faasil.  The movie Vikram USA run after 5 weeks and final number is $2,857,566 [INR 22.65 Cr]

Suriya’s special cameo is the one of the major attraction of Vikram. This dream casting and positive word-of-mouth have managed to bring terrific numbers for the film at the box office. As Kamal Haasan starrer has now slowed down and playing in selected locations, it is expected to close its run around 410-412 Cr globally and it’s a feat to cheer for.

The action thriller Vikram is now the seventh-highest grosser from the Tamil film industry after  SS Rajamouli’ Baahubali – The Conclusion, KGF 2, RRR, 2.0, Bahubali – The Beginning, Saaho and Pushpa. The movie was released in theatres across the globe on 3rd June in multiple languages. .