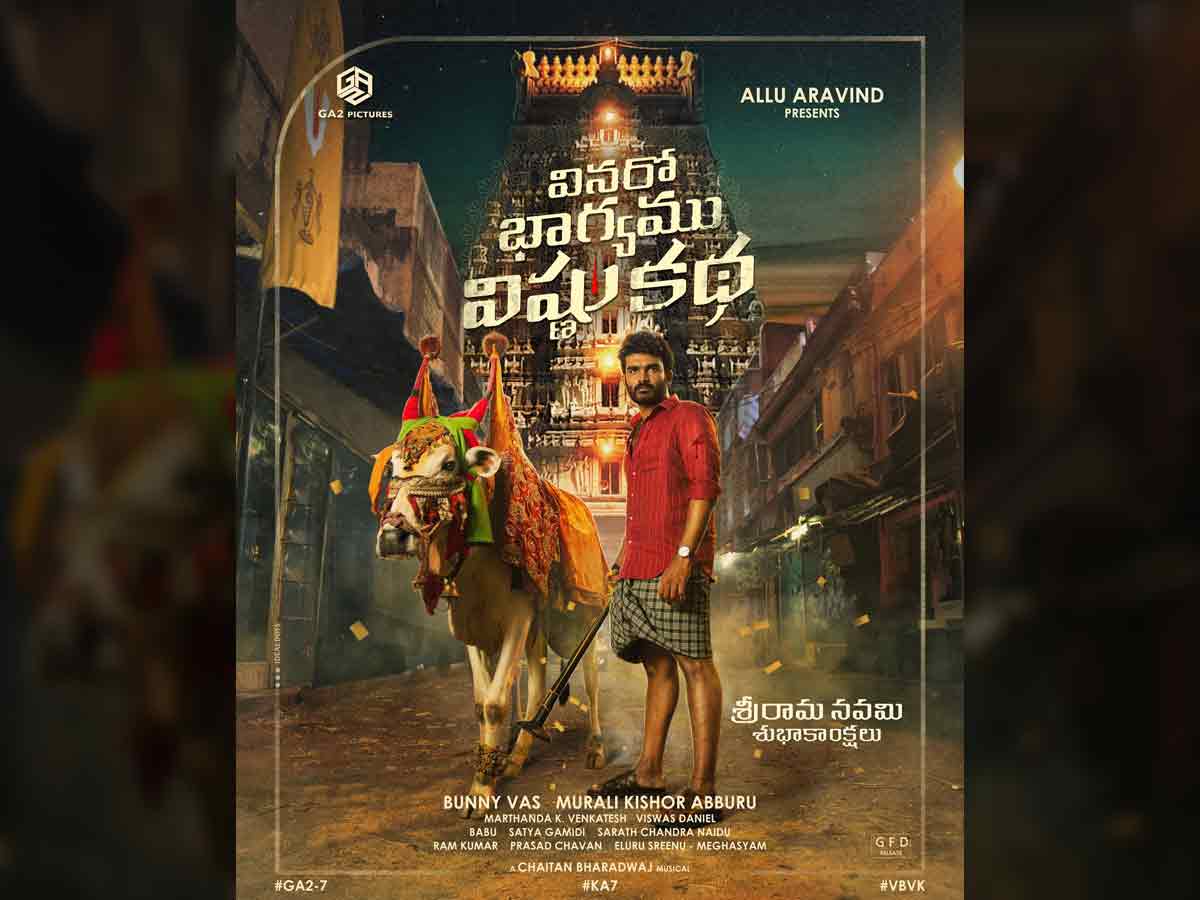 Coming on the first look poster of   Vinaro Bhagyamu Vishnu Katha, Kiran Abbavaram is seen beside a bull and holding a Shehnai.

Vinaro Bhagyamu Vishnu Katha  is being bankrolled by Bunny Vas and presented by Allu Aravind whereas it has the music by Chetan Bharadwaj.

The young actor Kiran Abbavaram made his debut with Raja Vaaru Rani Gaaru in 2019, which was a decent hit at the box office. He got recognition and appreciation with his 2nd film SR Kalyanamandapam, which he also penned.  It received positive reviews from the critics  on its release day from each corners and was a box office success.  He was last seen playing the lead role in Sebastian PC 524.