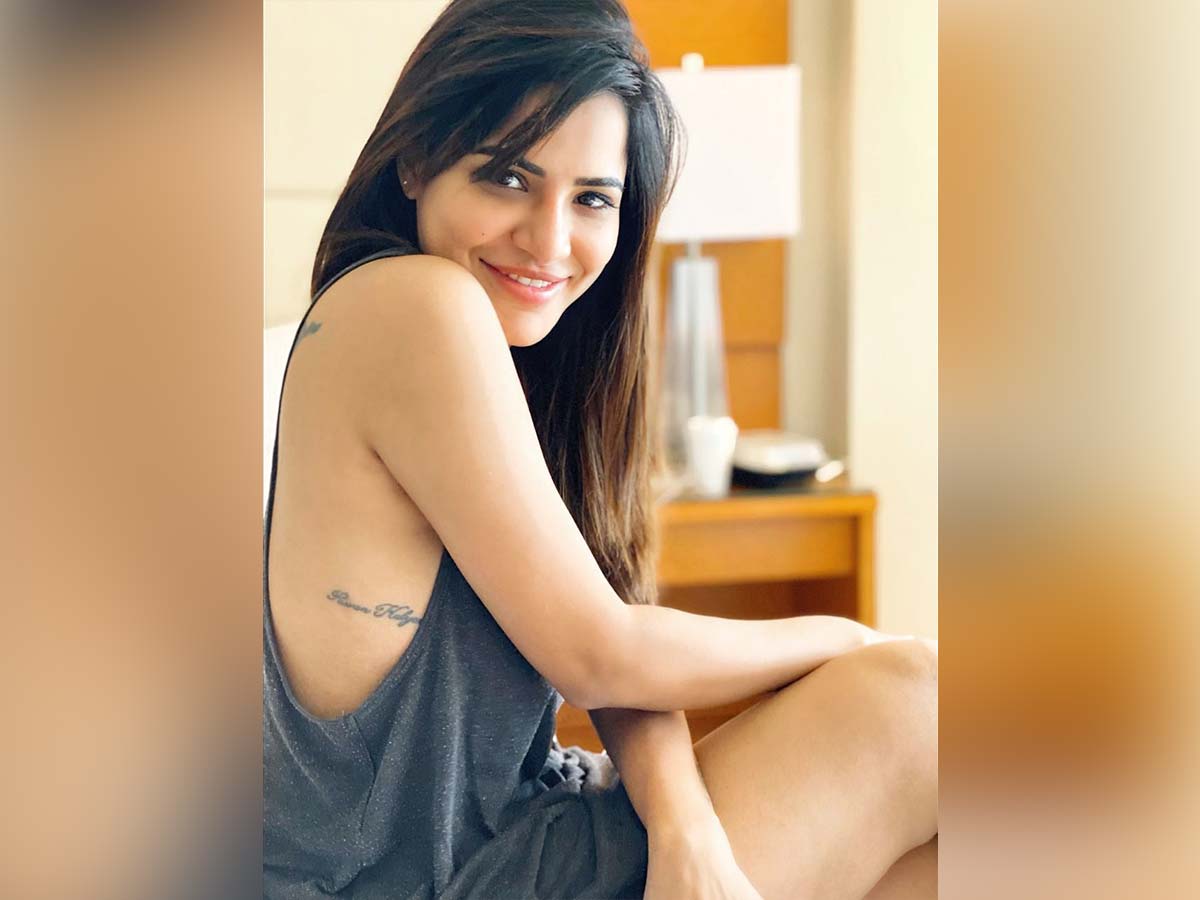 It has become prevalent these days, inking tattoos of favourite personalities on the body. We have seen many celebs in the industry who possessed the act. Now, Ashu Reddy, who is of Bigg Boss fame, has attempted the same. She inked her favourite star Pawan Kalyan’s name as a tattoo on her chest.

The picture of her tattoo is also going viral on the internet. Ashu Reddy herself has posted the picture on her social media handle. This is really a big thing for a girl to ink a tattoo on a private place of the body, and Ashu Reddy has done a dare .

Ashu Reddy has received appreciation from a few sections of people on social media, and some others have criticized her act. Some named her as a fame chaser and got this tattoo inked only to grab the attention. Some others have commented that she can’t even show off this tattoo to anyone when she desires to represent her love for Pawan publicly.