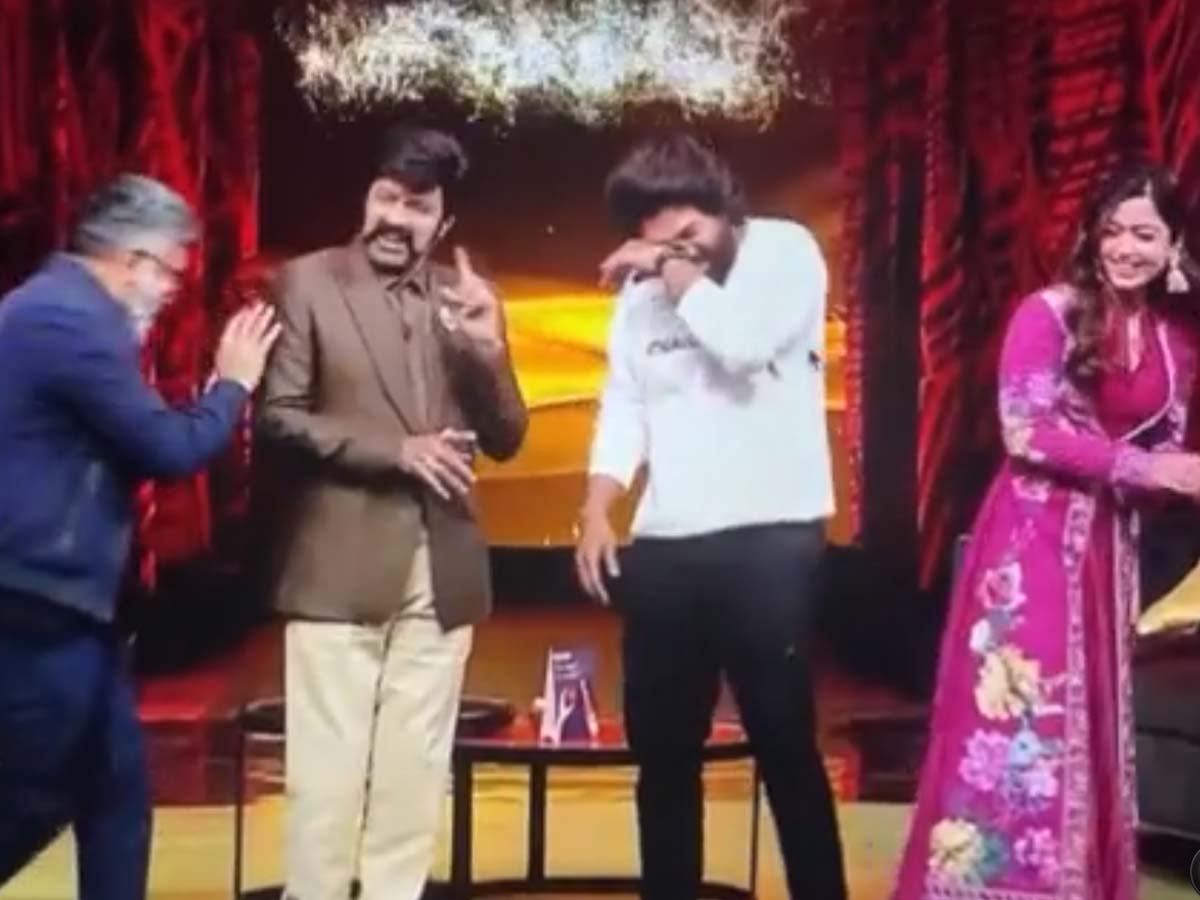 Nandmuri Balakrishna is the host of the host of the talk show Unstoppable, which is giving wholesome entertainment to all Telugu people across the world. The celebrity talk show on AHA video elevated the other side of Balakrishna  who is impressing the viewers in his own style. Numbers of top celebrities have already graced the show as the guests. We have already reported that Allu Arjun would grace the show with the team of Pushpa. Pushpa team is still promoting the film aggressively. On the sets of Balakrishna’ unstoppable,  Akhanda actor was seen having fun with Allu Arjun and Sukumar. The videos of this special episode are going viral on the social media.

Allu Arjun said that he should go back to his wife and kids at night and Balakrishna questioned, “Entire Bharyalu Pillalu aa?” Everyone laughed, including the actress  Rashmika Mandanna.

But what grabbed the attention of many, it was the film maker  Sukumar who was standing beside Balakrishna  and he was about to tap Balayya’ shoulder but resisted himself.   The people are saying  that  that celebrities think twice before getting too casual with Balakrishna.  Few also said that Balayya is injured,  so Sukumar backed out.

Known for his short temper, the actor and politician Balakrishna has a history of recurring physical and verbal abuse against fans, journalists and supporters.

Pushpa loss rs.30cr because of sukumar

Sukumar picks Vijay Deverakonda and Ram Charan for his next

Sukumar – Pushpa: The Rule will be better