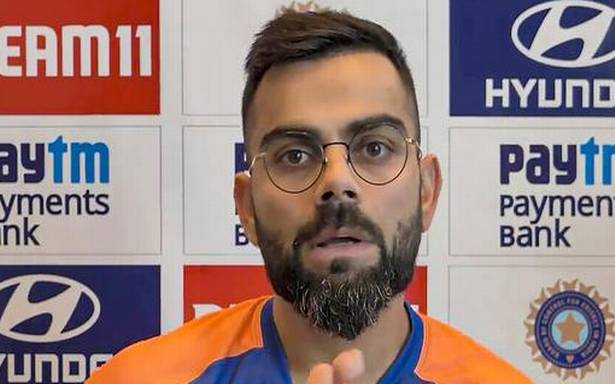 Even today, when such things are spoken of more candidly, sportsmen find it difficult to discuss mental health issues. So when Virat Kohli, India’s most lionised sportsman does so, we realise how pervasive it can be — and how much needs to be done.

Kohli spoke recently of his depression on the 2014 England tour when he struggled, making just 134 runs in ten innings over five Tests.

Not the first time

This is not the first time Kohli has spoken about his state of mind on that tour. He mentioned it ahead of the Test against Bangladesh about a year and a half ago. A couple of years before that he had told a website, “People have gone into depression and it’s a very dangerous situation. I have gone through those times…not many people realise how badly criticism can hit an individual.”

For Kohli it was a one-series thing; on the next tour, to Australia, he made 692 runs including four centuries. Others may not have been so lucky.

England cricketers Marcus Trescothick and Graeme Fowler have written movingly about the depression that affected their careers, and thus pointed out the difference between situational depression, as described by Kohli and clinical depression they themselves suffered from.

Sometimes it is difficult to tell the difference between the two; the clinical calls for medication and therapy; the danger of a relapse is ever present. Situational often changes with altered circumstances.

A couple of years ago the Australian prodigy Will Pucovski took a six-week break just as his career was blossoming. Batting on 64 overnight for Victoria against Western Australia, he told his coach before resuming, “I don’t know what’s happening, and I don’t know why it’s happening…” He scored 243 in that innings. He was just 20 then, and later made his debut against India.

“Will’s decision to speak up and continue to ask for assistance in managing his ongoing mental health is extremely positive,” Cricket Australia’s doctor Richard Saw said. Pukovski’s support system and his own acceptance has had a positive effect on the treatment of a player seen as the future of Australian cricket.

It is the kind of support system that Kohli is calling for. Family and close friends are essential, but he has said it is important to have a “professional to speak to who could understand what (one is) going through.” Such a person needs to be part of the squad.

This is particularly important in dealing with a problem that never existed before — that of managing tours in bio-secure bubbles.

Praveen Kumar, the medium pacer who played 84 internationals for India in three formats, admitted in an interview he had been so depressed at one time that he had contemplated suicide.

“I was dreaming of a Test career, but suddenly it was gone,” he said, “nobody understands depression in India…”

For so long have mental issues been seen as a sign of weakness that these have seemed out of place in a macho activity like competitive sport. Failure, however brief, is a part of sport but it can cause even the strong-minded to buckle occasionally. As Fowler wrote, “Cricket is a game based on failure. Bradman scored a hundred every three innings, therefore two-thirds of his career was a failure…”

Former England captain and practising psychoanalyst Mike Brearley put it thus: “Failure is stark and public. Like a king deposed, the dismissed batsman has to leave the arena; the bowler is merely taken off…”

In the same piece (in Wisden), Brearley says, “Depression is a terrible thing. People struggle to describe it to those who aren’t subject to it: darkness, pointlessness, worthlessness, a nuclear winter of the soul…depressed people can’t concentrate, can’t think, feel lethargic, guilty, and irritable. There is inadequate understanding of what it is about, why it has taken such a hold…”

It need not always be a professional in the dressing room who makes the difference. Often those who have been to the brink and come back from it are better placed to help. There must be some way cricket can formally use such resources. A player should be able to speak to someone who has been there before.

Derbyshire captain Luke Sutton who has written a book about his descent and recovery speaks of a chance encounter with Lancashire’s Glen Chapple at a tube station in London which began the process of healing.

Depression may not be fully understood, but that it exists and needs to be dealt with cannot be ignored. Kohli has brought it back into focus.

Awareness is the first step towards understanding the urgency of the issue and handling it with empathy and professional expertise.