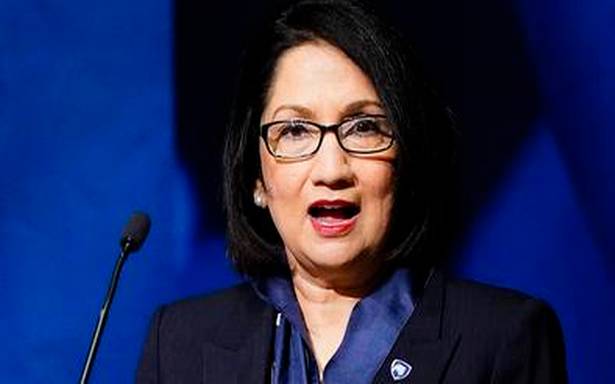 A professor of Indian origin, Neeli Bendapudi, is the first woman and person of colour to be named as president of America’s prestigious Pennsylvania State University.

This was announced by the educational institution on Thursday.

Ms. Bendapudi was born in Visakhapatnam and had gone to the U.S. in 1986 for pursuing her higher studies.

She is at present serving as president and professor of marketing at the University of Louisville in Kentucky.

“She has been unanimously named as Penn State’s next president by the Penn State Board of Trustees on December 9,” the university disclosed in a statement on its website.

Ms. Bendapudi is the 18th president of the University of Louisville, and is a recognised leader in higher education, who specialises in marketing and consumer behaviour.