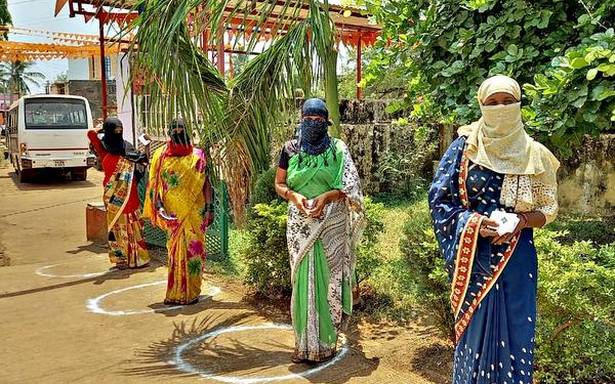 Polling in the Basavakalyan byelection was almost peaceful without any incidents on Saturday.

It began at 7 a.m. and went on till 7 p.m. The turnout of voters, which was less in the initial hours, gradually picked up through the day. Disregarding the rising temperature, people enthusiastically participated in the high-voltage election that drew the attention of the State.

Congress candidate Mala B. Narayanarao, wife of B. Narayanarao whose death necessitated the byelection, visited the samadhi of her husband and paid homage in the morning before proceeding to vote. BJP candidate Sharanu Salagar offered puja at Basaveshwar Temple and cast his vote at polling station 99A in Basavakalyan APMC yard. JD(S) candidate Sayed Yasrub Ali Quadri cast his vote at polling station 97 established near Hazrat Darga in Basavakalyan.

BJP rebel candidate Mallikarjun Khuba, who was in the fray as an Independent after he was denied party ticket, cast his vote at polling station 118 set up at a government school in Tripurantha.