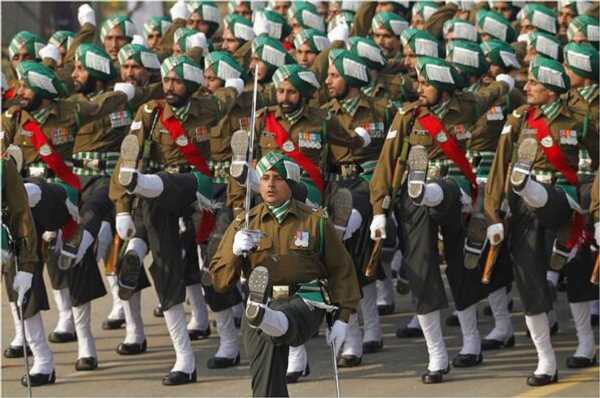 The Army on Tuesday unveiled a Shaheed Smarak at Hamirpur town of Akhnoor sector in Jammu to honour the valour of 22 gallant soldiers who made the supreme sacrifice during the 1971 war, a defence spokesman said.

The bravehearts belonged to 16th Battalion of the Punjab Regiment – an illustrious ‘Infantry Paltan’ whose name is etched in the history due to their courage and fearlessness, the spokesman said.

He said the war memorial commemorates the sacrifices of the soldiers in the 1971 war and celebrates the spirt of the 75th year of Independence, as part of the ongoing Azadi ka Amrit Mahotsav.

Chhamb Sector of Akhnoor was a theatre of fierce action in 1971, as Pakistan Army had launched unprovoked attacks on the innocent people of J&K and captured parts of Chhamb.

The history was created on December 13, 1971, when 16 Punjab (Patiala) was assigned the task of raiding an enemy post at ‘Hail Manhasan’, which was two Kms inside Pakistani territory.

Charlie Company of 16 Punjab crossed the Line of Control at night and recaptured the Hail Manhasan post from Pakistan.

Bravery of the Indian troops was at its epitome when the Delta Company of 16 Punjab captured ‘Thako Chak’ on night of December 14, 1971, despite being three times outnumbered by the Pakistani Army.

The ferociousness of soldiers decimated the Pakistani defences, forcing them to withdraw after facing heavy casualties, the spokesman said.

He said the Army veterans from 16 Punjab, who participated in the Hamirpur operations to capture Thako Chak and Hail Manhasan, gathered to commemorate the sacrifice of their fellow soldiers.

In their remembrance, Col P C Sharma (Retd), Col B S Rangi (Retd) and Col K Y S Minhas (Retd) along with other veterans of the ‘Paltan’ (unit) contributed selflessly to construct and inaugurate the war memorial, the spokesman said.

He said wreaths were laid to respect the bravery of 22 gallant soldiers by serving personnel and veterans of the battalion that included senior officers including Maj Gen Ajay Kumar, who was commissioned into 16 Punjab and is currently leading one of the prestigious counter insurgency forces, the Delta Force.

The solemn ceremony to honour the courage of its soldiers echoes the traditions of Indian Army to always remember its troops and committing itself towards building a secure nation, the spokesman said.

Maj Gen Sekhon, who is also the patron of the school, was accompanied by Brig A G Barbare, Chairman APS Akhnoor and the Principal.

The patron also addressed the students and motivated them to do well in all spheres of life, the spokesman said, adding he also felicitated achievers of the School.