A year ago, on September 14, 2020, the 19-year-old was allegedly gangraped and assaulted by four upper-caste men who left her bleeding in the field. 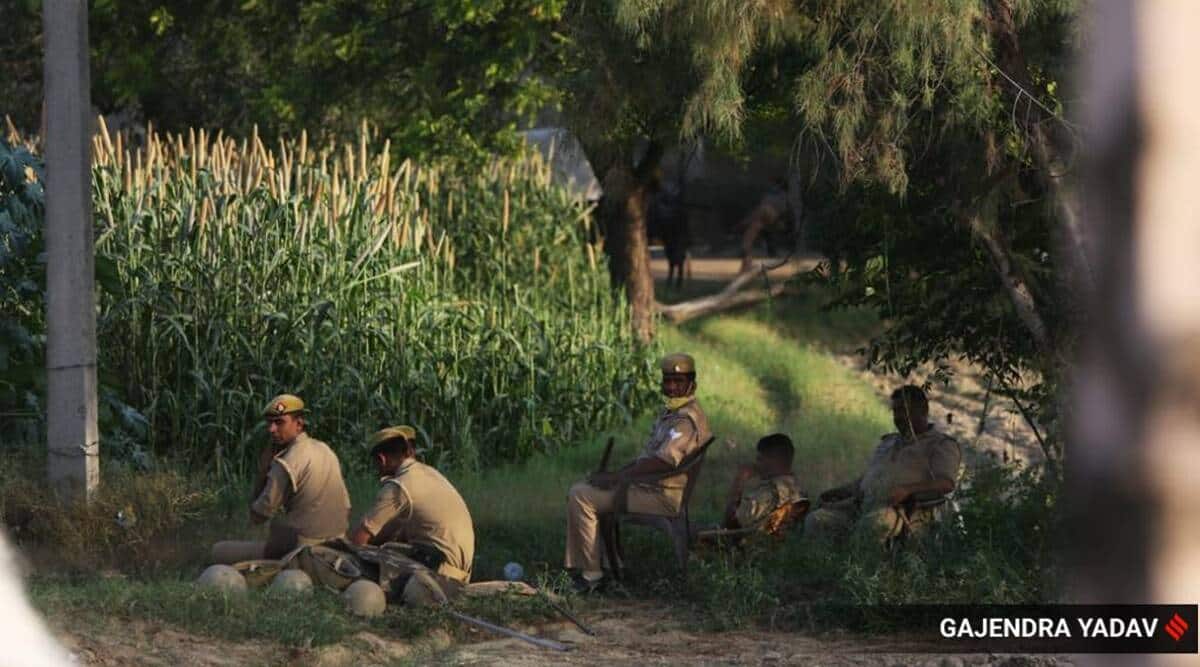 The family has kept the ashes of the 19-year-old in a small urn in a corner of a room. Her sewing machine and clothes lie on a shelf. The Dalit family in Hathras has decided they will not perform her last rites until they get justice from the court.

A year ago, on September 14, 2020, the 19-year-old was allegedly gangraped and assaulted by four upper-caste men who left her bleeding in the field.

The family found her with severe injuries on her neck and private parts. She was taken to a hospital in Aligarh, and then to Delhi. Eleven days later, she died in Delhi’s Safdarjung hospital.

The body was taken out in an ambulance late in the evening, driven to her village, and forcibly cremated at 3.30 am by UP police and officials.

A year on, the family has been shunned by the village. CCTV cameras watch their home all the time. Around 35 personnel from the CRPF stand guard.

“Yahaan ghutan hoti hai (We are suffocating here). Nobody talks to us…they treat us like criminals. I know they (villagers) will attack us once the CRPF leaves. I have three young daughters and I am worried about their safety,” said the teen victim’s elder brother.

He lost his job soon after the incident and now stays at home.

The girl’s father, who too has no job, interrupted his son. Their house in the village was built 70-80 years ago, he said, and they could not just go away.

“It’s not easy to leave this place. We want people to accept us. What wrong have we done? We can’t go to the temple or visit the market. We stay at home all the time and pray that the court’s judgment comes soon,” he said.

The family says their fight is not only for justice for their daughter, but also against the social injustice in the village.

Two cases were registered after the girl’s death. They are being heard by the Allahabad High Court and an SC/ST court in Hathras. At the High Court, the Special Investigation Team is yet to submit a report on the forcible cremation. The SC/ST court is hearing the rape-murder case.

“I have seen the families of the accused going in cars, followed by other villagers in auto-rickshaws and jeeps, when they go to court or to meet the accused in jail. Half the village follows them, but there is no one with us,” the girl’s brother said.

The family received a compensation of Rs 25 lakh, but they are yet to get the jobs and a new house that were promised by the UP government.

“We sold all our buffaloes and cows and left our work because of the case. Even at court hearings, the villagers follow us and threaten us and our lawyer. We know they want our lawyer to leave this case. They will do anything to save the Thakur men…” the brother said.

The families of the accused, however, claimed that their lives had been “ruined” because of the media trial.

“My husband is in jail and I don’t have enough money to send my three children to good schools, Ramu’s wife said.