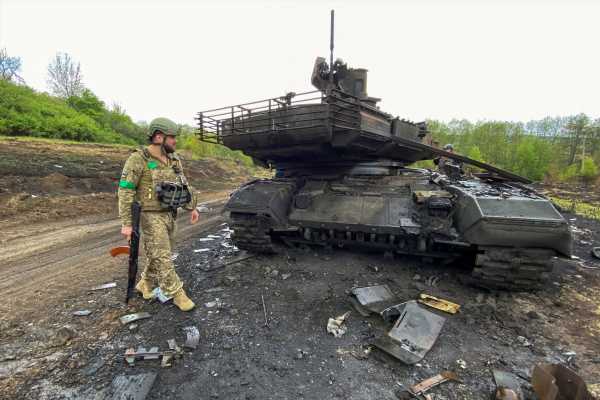 ‘Transformation of Ukraine into some kind of permanent strategic challenger, which Russia would have to contain and deter, spend a significant part of political and strategic resources on it.’

“Russia truly pursued a very risky strategy. However, that was our strong side for centuries — to do something what nobody expects. We will see if such a strategy would be effective this time,” says Dr Dmitri Novikov, associate professor and deputy head of the School of International Relations at the National Research University – Higher School of Economics, Moscow.

“Indian business at different levels has a very good chance to fill the space left by Western companies on the Russian market,” Dr Novikov tells Rediff.com‘s Archana Masih in the concluding part of an interview looking at 77 days of the Russian invasion of Ukraine.

Do you think Volomdyr Zelenskyy’s government would have collapsed without being propped up by NATO and former Warsaw Pact countries like Poland who are now anti-Russia?

Precisely, without enormous support from the West, Ukraine would hardly able to resist so long and so effectively.

President Zelenskyy never was considered as a military leader or a great strategist.

In 2019, he was elected as a ‘president of peace’, a pigeon who expressed a strong will to make peace with Russia and stop the conflict in Donbass. Within the next several years he transformed his rhetoric into a more militaristic one.

The political process to implement the Minsk agreements was not only frozen, it failed. President Zelenskyy quite openly started to promote an idea of ‘reconquista‘, a forceful reunification of Ukraine, including Crimea.

Moscow believed that such a transformation is a result of the Western, first of all, the US influence. That they want to make Ukraine some kind of anti-Russia, both politically and strategically.

We even have a term, ‘Pakistanisation’ of Ukraine: Transformation of Ukraine into some kind of permanent strategic challenger, which Russia would have to contain and deter, spend a significant part of political and strategic resources on it.

When President Zelenskyy mentioned at the Munich security conference a possibility to make a nuclear bomb for Ukraine, it was probably the last straw.

Personally, I have never believed that any war is a good solution. Several weeks ago, I gave you an interview where I expressed a total confidence that a military operation was not an option.

It seemed to be too risky, to provocative, too bad for the economy. It was a naive view. The Russian government and President Putin appeared to be much more decisive, than I and most of the experts expected.

However, as you see, these actions have its own political and strategic logic. Now we live a new reality. 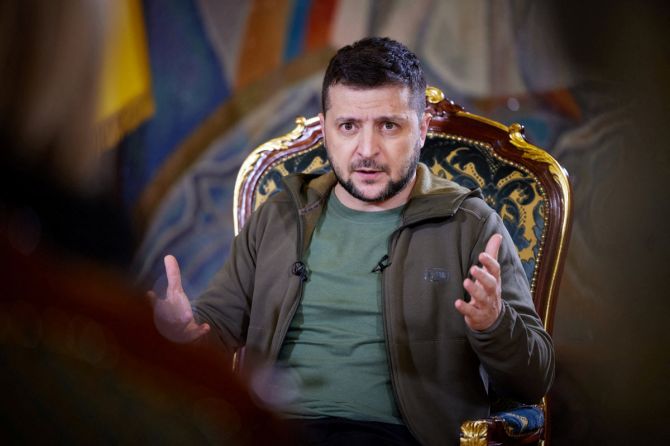 Hasn’t the invasion changed the Russian-Ukrainian relationship forever, with the widespread devastation arousing hatred among ordinary Ukrainians for Russia and Russians?

However, nothing lasts forever on the earth. The Russian and Ukrainian nations have a close culture, common history, families. I don’t believe that it all will sink into oblivion. And I believe that even after this conflict our nations and leaders will be able to find a common ground for cooperation and peaceful coexistence.

This view is very unpopular. But I would like to remind you, that after the Soviet-Finnish War of 1940, Finland became one of the closest partners of the Soviet Union during the whole Cold War.

If they could, why such close nations as Russia and Ukraine couldn’t? It’s all a matter of time and will.

Two months after the invasion, what has President Putin achieved? What has Russia achieved?

This is a straightforward and right question. It seems, that strategically and politically Russia did not achieve any significant results, but lost a lot.

It makes many international observers think that Russia has lost, and that Russia declines and collapses.

However, as I mentioned, it is simply too soon to jump to conclusions. The military situation is very difficult and extremely changeable. It will be a long conflict, we might see several waves of settlement and escalation. Probably, the real political and strategic results would be more or less clear only in a few years.

Personally, I have many concerns about the future of Russia. I expressed them in the previous interview. However, we are where we are. Despondency is a bad ally.

It reminds me a quote of the famous Thucydides’ Melian dialogue: ‘The end of our empire, if end it should, does not frighten us: A rival empire… is not so terrible to the vanquished as subjects who by themselves attack and overpower their rulers. This, however, is a risk that we are content to take.’

I think it is a perfect quote describing the situation.

Russia truly pursued a very risky strategy. However, that was our strong side for centuries — to do something what nobody expects. We will see if such a strategy would be effective this time. Is there widespread support within Russia for the invasion? Or is there opposition which has been shackled by arrests?

Russians have different views about the invasion. Some of the Russians criticise it, openly or personally. Many left the country because of political or economic reasons.

However, most Russians, in fact, support the invasion. You must understand that rivalry between Russia and Ukraine did not emerge yesterday. Since 2014 (in fact, even before that) Russians saw a lot of signs Russophobia in Ukraine. Let’s not discuss what are the origins and true nature of it, we talk about Russian support of the operation now and here.

So, I would say that most of Russian society supports the operation, it is a fact. And it is not a result of propaganda, but of a very contradicting relationship between our nations.

It is still hard to say, to what extent the Russian economy is damaged by Western sanctions. Many effects are still not visible while the Western powers continue to expand the economic pressure.

It seems, that Russian economy is going to lose around 10% of GDP in 2022 and 2%-3% next year. It is very challenging, but not critical. In 2009, during the global recession, Russia lost more than 8% of GDP. It did not cause a social shock or economic collapse.

There are some more fundamental, deeper, problems. Russian industries highly depend on foreign technologies and equipment. Around one third of Russian imports in 2021 was high-technological equipment for the industrial sectors, including extraction of resources.

The Western sanctions risks the long-range technological decline of Russian economy. We need to understand what Russia can produce, what it has to import from other countries and what it is able to import, taking into consideration the extra-territorial character of the Western restrictions.

However, we can reconsider these challenges taking them as opportunities. Such huge economies as China and India have a great potential to become Russian key trade partners. I think that Indian business in different levels has a very good chance to fill the space left by Western companies on the Russian market. 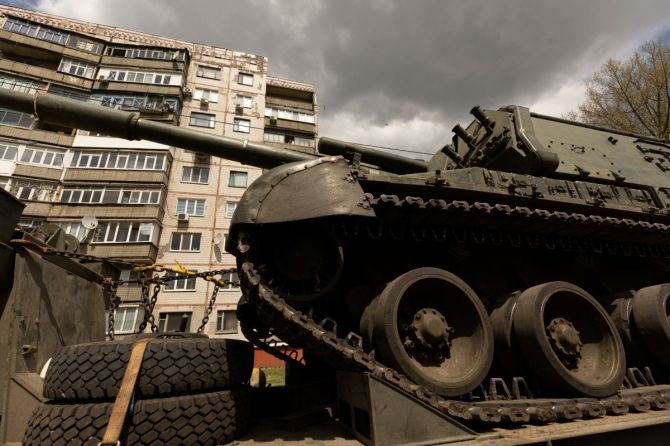 Has day to day living been affected by the Western sanctions? And the reverses to the economy by freezing of assets?

Speaking about day to day living — to be honest, there are not a lot of changes. Your imagination probably drew a picture of total economic and social collapse, high unemployment, numerous bankruptcies, no food in the supermarkets. Nothing like that.

Markets are full, public transport continues to work, common people continue go to the office every day and drink every Friday. It is probably one of the reasons why the government calls it ‘a special operation’, not a war.

A war is an antonym to peace. But peaceful living did not change so much, at least in Moscow. Probably the most sensitive problem is the huge inflation. It is close to 20%, what is unprecedentedly high.

However, the Russian economy traditionally generates high inflation. For most Russians, especially those who lived in the 1990s — a period of permanent economic crisis in Russia — it is not a critical problem. Some observers in the West feel that the longer the invasion continues, greater the chances of President Putin finding his position under treat. Is that scenario possible?

My opinion is totally opposite. They do not understand the Russian political system nor the intentions of Russian foreign policy. These expectations are based on the historic experience.

Within the last century Russia collapsed twice, in 1917 and in 1991, in some kind of similar circumstances. However, in fact, both of these collapses were caused by domestic reasons.

Today the domestic situation is fundamentally far from that.

That is why I think that the Western policy is a mistake. There is no way that Russia could collapse under external pressure. On the contrary, Russia consolidates and is ready to fight — if necessary.