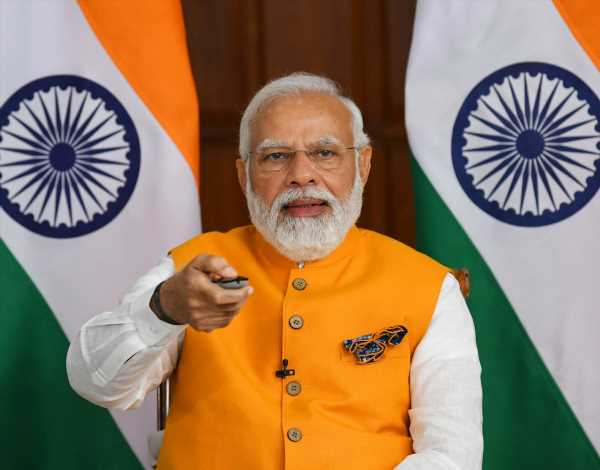 I am not sure if Modi can ever act as a chowkidar, even if he wants to.
But he can surely act as a thanedar, by ensuring a fast resolution of corruption cases once they come to light.
Exemplary action is easier and will burnish his anti-corruption image, argues Debashis Basu. 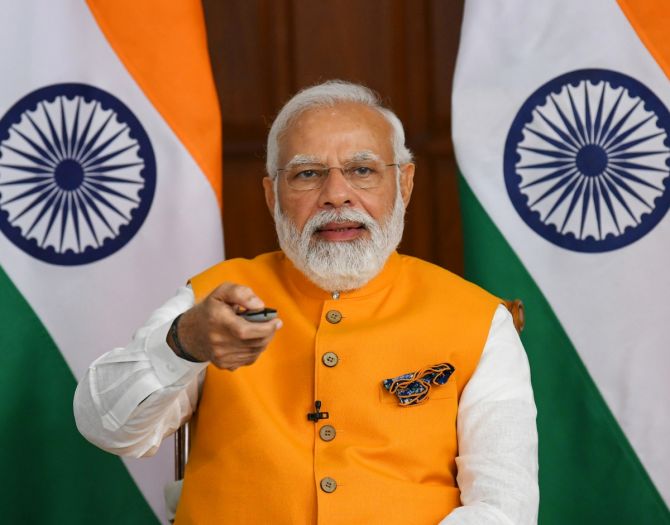 Investors who lost heavily in DHFL had thought that Kapil and Dheeraj Wadhawan, promoters of the failed finance company, were being held in Taloja jail.

It transpires that for the past 15 months they have been cosily ensconced in the Kokilaben Dhirubhai Ambani Hospital owing to a minor ailment such as sleep disorder.

The Wadhawans were in custody under the Prevention of Money Laundering Act (PMLA) for allegedly running a criminal operation of creating thousands of fake accounts and fake loans (the infamous Bandra Books) and causing a loss of Rs 40,000 crore (Rs 400 billion). But they could easily be seen to have gamed the legal and police system.

This isn’t the first time they have done so.

Two years ago, in April 2020, during the strict lockdown ordered during the pandemic, 23 members of the Wadhawan family were given permission to flout restrictions and drive from Mumbai to Mahabaleshwar to ‘chill’.

The CBI had said they were ‘absconding’ at that time.

How did they drive through sealed areas across Maharashtra? The principal secretary (special), home department, Amitabh Gupta, had issued a letter on his letterhead allowing them to.

When the news came out, Anil Deshmukh, then state home minister, ordered an inquiry and promised stringent action against Gupta, who claimed to have acted on ‘humanitarian grounds’.

What was the ‘strict’ action? He was let off in the inquiry and five months later promoted as Pune police chief! Perhaps, a reward is also due to everyone handling the Wadhawan case, for allowing them to remain in hospital for 15 months (nine in a private hospital).

In another case, Ravi Parthasarathy, former chairman of an even bigger scam, Infrastructure Leasing and Financial Services (IL&FS), remains free.

IL&FS had imploded with a debt of almost Rs 1 trillion.

He was arrested but only because the Tamil Nadu police acted on a complaint by a private entity.

However, he got bail, unlike some of the members of his cabal of executives who helped Parthasarathy control IL&FS for over 25 years.

His colleagues are in jail for years now, but he is free, presumably because scores of officers of the Indian Administrative Service who had benefited from their association with IL&FS are returning the favour.

A few weeks ago, the Central Bureau of Investigation arrested the former managing director of the National Stock Exchange and her former colleague, the former group operating officer Anand Subramanian.

If the CBI is seriously interested in probing the algo scam at the NSE, the true beneficiaries and those who facilitated the scam and derailed a proper investigation have to be made accountable.

Like in DFHL and IL&FS, will the big fish of the NSE scam also be treated with kid gloves?

The fourth example of continued inefficiency and corruption is in public sector banks (PSBs).

The data available from the bankruptcy resolution process show how badly PSBs are run.

Of the cases admitted for resolution, nearly one-third have gone into liquidation, with a recovery rate of merely 5 per cent.

Excluding the top 15 cases (by resolution value), the recovery rate is just 18 per cent.

Over 90 per cent of the write-off is by PSBs.

This points to an issue that no one wants to act against — corruption in PSBs, which is cutely referred to as ‘poor due diligence’.

An average person cannot borrow even one rupee from a bank without first securing the bank’s interests.

How could thousands of companies manage it? At the time of lending, bankers don’t know whether a business will succeed or fail; or whether the borrower is honest or crooked.

So, they demand adequate collateral and a personal guarantee to secure their loan.

When the interest and principal repayments are delayed, they can follow due process and liquidate the collateral and also demand that borrowers make good the money personally (in accordance with the personal guarantee).

This is routinely done with small borrowers. So how is the recovery of so many cases as low as 5 per cent and, in some infamous cases, just 1-2 per cent?

The single-biggest reason for bad loans is obvious: Corrupt banker-businessman nexus, sometimes with politicians pulling strings. But hardly any banker has been put behind bars.

In 2014, before the BJP came to power, in speech after speech, Narendra Modi colourfully painted the previous regime as corrupt.

He promised to act as chowkidar to reduce corruption, and bring in ‘good governance’. Is the slogan working? Not quite.

It is perhaps because he has focused on the wrong metaphor.

Prevention of corruption (being a chowkidar) is possible only by instituting a merit-based system that rewards efficiency and honesty.

This is an extremely difficult and long-drawn process.

I am not sure if Modi can ever act as a chowkidar, even if he wants to. But he can surely act as a thanedar, by ensuring a fast resolution of corruption cases once they come to light.

Exemplary action is easier and will burnish his anti-corruption image.

Scams, misconduct, and misdemeanours happen regularly because the price of getting caught is insignificant.

Yet we don’t focus on measures such as penalties, fines, disgorgement, exemplary damages, and personal accountability.

Surprisingly, it is the same across the world, even though ‘crime doesn’t pay’ and ‘make them pay for it’ are common expressions.

As philosopher Nassim Taleb says, while economic literature focuses on incentives as encouragement (carrots), it does not focus enough on disincentives or penalties (sticks) that should eliminate from the system incompetent and nefarious actors who inflict harm.

This disincentive is fashionably called ‘skin in the game’ now.

You can have as many chowkidars as you want. But only if you have thanedars (not the Taloja jail variety, though), who can make an example of scamsters and their accomplices, will there be real deterrence.

Will Modi move towards a system of making them pay? That will tell us whether he is serious about addressing the corruption issue.

Debashis Basu is the editor of www.moneylife.in