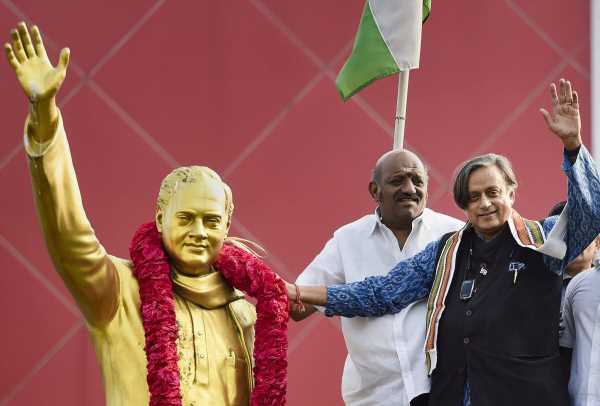 ‘Since the party is at a stage when things are very bad, this is the best time to experiment.’

Though reports suggest that 80-year-old Mallikarjun Kharge, the man supposedly ‘blessed’ by the establishment (read Sonia Gandhi, Rahul Gandhi, Priyanka Vadra) will easily defeat the erudite Shashi Tharoor, the latter’s young supporters are not leaving any stone unturned to produce a real contest in the election for the Congress party president’s post.

You have endorsed Tharoor’s candidature for the party president president. What made you support Tharoor openly?

The first reason why I decided to support Shashi Tharoor was it was decided by the high command that it was going to be an open, democratic, election.

And the Gandhis were anyway not contesting. So, we need someone who can take the lineage forward.

The main reason for the downfall of the Congress is that we have become very weak in communicating our ideology.

For example, a party like the Aam Aadmi Party, which essentially espouses the ideology of the Congress, is doing it better.

We have lost a lot of voting population in the last 15 years.

The middle class and young voters?

That is because we have not been able to communicate the Congress ideology to these groups effectively.

We talk a lot about our history and lineage, but we have failed in communicating how it is worthy in today’s times, how practical certain ideas are.

I feel Tharoor is one person who can communicate these ideas effectively and get these voters back to the Congress.

There are only two Congress people who speak very strongly against the BJP, and they are Rahul Gandhi and Shashi Tharoor.

So, we need someone who has clarity in his thoughts and ideology to take on the BJP.

And the person who can bring in all non-communal forces together is Tharoor.

Tharoor also is the person who can make youngsters identify with the ideology he is talking about.

The Congress party president cannot be compared to any other party because this is a party that has been in existence for more than a hundred years.

From its inception, we have had leaders with world vision, and they could communicate very well with the world leaders. So, we need someone with a world vision.

You mean, in today’s globalised world, it is all the more important to have someone with a global vision?

It is very important as a lot of countries are moving to far right like what we saw in the US or what you see in Italy now.

When a far-right movement is happening in many parts of the world, you need a counter movement to bring the world back to central-left or centrist, and I believe Tharoor has the ability to be a part of such a global movement.

Lastly, there is a personal reason too. The last time we had a Malayali as the Congress president was when Chettoor Sankaran Nair was made the president way back in 1897! So, when you get a chance to support a Malayali, why not? 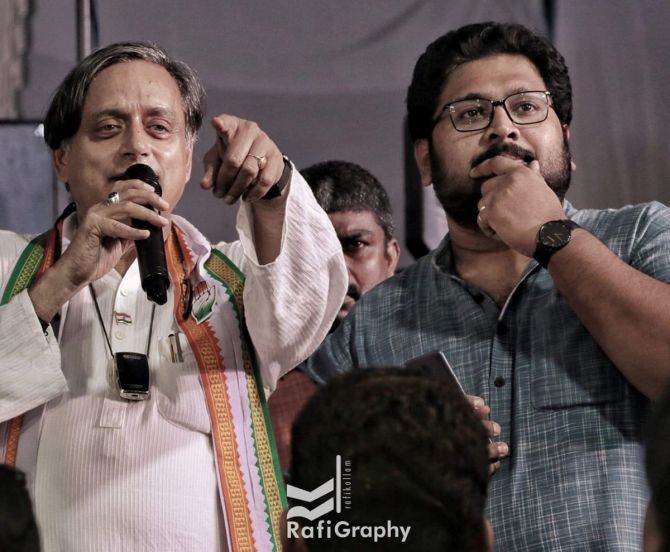 Yes, some say that. But he has been in the party for around 15 years.

He has been president of the Professional Congress for some time, and he has also been a strong party person.

We have taken people with a lot of experience and organisational ability, but have failed in the past.

What is needed now is somebody to come and shake the system a bit.

When most people are inward-looking, we need someone who is outward looking and who is not necessarily into the same old scheme of things, to shake the system a bit.

You are talking about shaking the system. Why is it that many senior Congress leaders from Kerala are supporting 80-year-old Mallikarjun Kharge?

I am not talking against Kharge. I am talking about why we need a person like Tharoor.

It is an outlook issue. There is this school of thought by some older leaders who feel that we need somebody with experience and a full-blooded party person.

But we feel that we need somebody who is a true blooded Nehruvian, secular, socialist person, who may not be a party man in the old traditional sense.

Since the party is at a stage when things are very bad, this is the best time to experiment.

You will not experiment when things are doing well. 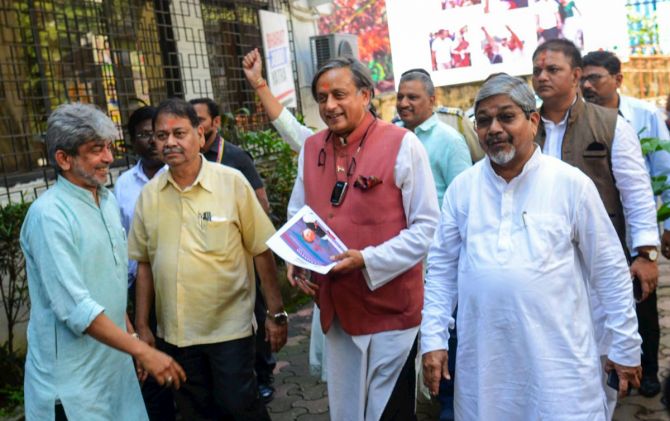 That was the question I asked Ramesh Chennithala. Why is it that there is a sharp division in the way that older Congress leaders and the younger lot view change?

I feel this has nothing to do with age. It is an issue of perception.

All of us are fighting to get the party back on track. There is no wrong or right in regarding perception.

Is that why older leaders prefer Kharge and young leaders’ choice is Tharoor?

It is not true.

The maximum number of calls and queries I am getting are from senior Congressmen and women who think things have to change, and that people of their generation also should realise this. All of them may not have voting rights, but that’s how they look at change.

Also, a lot of elderly Congressmen and women are vouching for Tharoor.

You said this is the right time for the party to look for a change…Why?

Just two years for the Lok Sabha elections and there is a lot of bad blood. So, this is the good time to go for an experiment.

If you don’t experiment now, you will never do it. 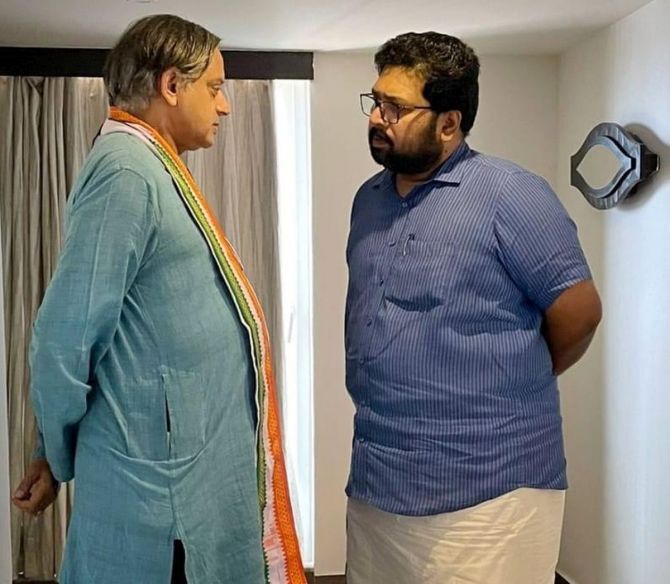 When you try to remit this message, is it going through, or is there resistance?

When you talk to people privately, I get the feeling that it is going through.

Yes, many people do not want to rock the boat, but there are many others who are in sync with our thoughts.

Since it is a secret ballot, they prefer voting silently and not rock the boat.

It is said that many Congress members feel Kharge has the support of the establishment and will win. Do you think Tharoor has a chance?

He will get a lot of votes, I am sure.

You can never say about the result. The Congress has the history of Pattabhi Sitaramaiah, Gandhi’s candidate, being defeated by Subhas Chandra Bose!

If the change you want doesn’t happen, then?

I am a hopeful person…