The Act, which provides for granting of rights to forest dwellers across the country, was earlier not applicable or implemented in J&K over the last 14 years. 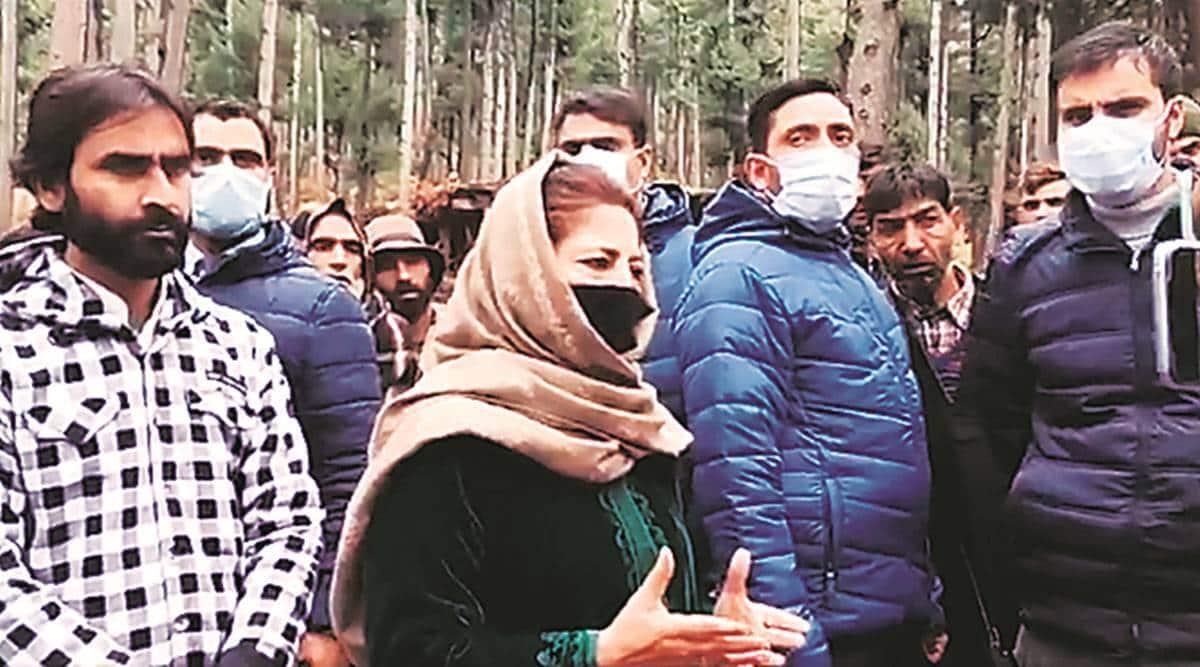 Two days after PDP president and former Jammu & Kashmir CM Mehbooba Mufti visited nomadic tribal families in Anantnag district of South Kashmir and accused the Centre of driving out Muslim Gujjars and Bakarwals from their pastures in forest areas, the UT administration on Wednesday set March 1, 2021, as the deadline for granting them “forest rights’’.

The development – aimed at recognising the right of nomadic Gujjars and Bakarwals across J&K over the forests where they live in temporary structures and where their cattle graze — came at a meeting chaired by Chief Secretary BVR Subrahmanyam to review the implementation of the Scheduled Tribes and Other Traditional Forest Dwellers (Recognition of Forest Rights) Act, 2006.

The Act, which provides for granting of rights to forest dwellers across the country, was earlier not applicable or implemented in J&K over the last 14 years. It became applicable only after the reorganisation of the erstwhile state on October 31, 2019, after the abrogation of Article 370.

Last week, the administration had launched a drive to demolish homes and seasonal hutments in the upper reaches of Pahalgam in Anantnag, saying it was clearing “illegally occupied” forest land.

Mehbooba had then hit out at the UT administration, accusing it of a witch-hunt against these Muslim tribes and a part of the “process of disempowerment and displacement that started with the abrogation of J&K’s special status”.

The Indian Express had reported how Central laws that protect tribals’ right, including the 2006 forest rights law and the SC/ST Act, were not being implemented on the ground. These two laws were cited by the Centre as “benefits” of abrogation of J&K’s special status.

Pointing out that work on its implementation had begun last month, an official statement in Jammu said that under the Act, forest dwelling STs and other traditional forest dwellers will be provided with rights over forest land for the purpose of “habitation, or self-cultivation/livelihood; ownership, access to collect, use, and dispose of minor forest produce, and entitlement to seasonal resources among others’’.

With a population of nearly 12 lakh as per the 2011 Census, Gujjars and Bakarwals form the third largest ethnic group in J&K after Kashmiris and Dogras. During the erstwhile PDP-BJP coalition government, then forest minister Choudhary Lal Singh of the BJP had erected barbed wire fences to prevent Gujjars and Bakarwals from entering the forests.

At Wednesday’s meeting, the Chief Secretary asked the forest department to immediately constitute a four-tiered structure – committees at the levels of the state, district and sub-division, besides a Forest Rights Committee – to implement the Act.

The meeting decided that the ‘survey of claimants’ would be completed by January 15, 2021, after which sub-divisional committees will complete the process of scrutiny of claims and preparation of ‘record of forest rights’ by or before January 31. District Level Committees will then consider and approve the record and grant forest rights by March 1, 2021.