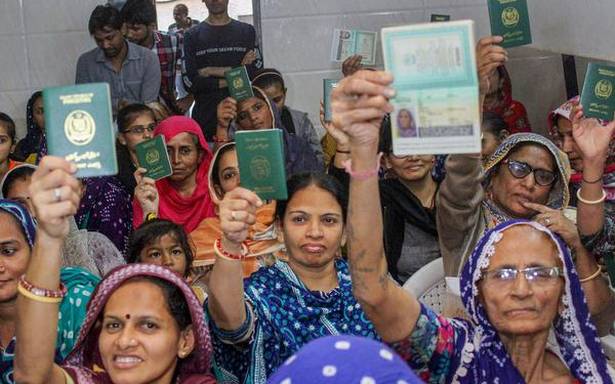 Expressing concern over the rules of the Citizenship (Amendment) Act, 2019 not being notified, the refugee cell of the Bharatiya Janata Party in West Bengal on Monday urged all political parties to take urgent steps for framing the rules of the Act.

“Because of the rules not being framed, the Citizenship (Amendment) Act has not been put into effect for the past two years. Owing to this unwarranted delay, refugees are facing several legal issues, harassment by the police and difficulties at work, in education and foreign travel,” the cell said.

The Ministry of Home Affairs (MHA) did not notify the CAA, 2019 rules till January 9, the third extended deadline after the Act was passed.

The note points out that the Act was passed by Parliament on December 11, 2019 and since then the Centre has extended the dates for formation of the rules on several occasion. It points out that it is not only crucial for the refugees but also for entire West Bengal.

The release dated January 10 was issued by Mohit Roy, convener of the cell, among others. Speaking to The Hindu Mr. Roy blamed the BJP-led government at the Centre for the failure to frame the rules.

“It does not take more than a few days to frame the rules. Despite being a member of the party [BJP], I will blame the Centre for the delay. For me the interest of the refugees is paramount,” he said. Mr Roy, an academic who has worked on the refugees of the State, said the Act will have impact on at least one crore people who came to West Bengal after 1972.