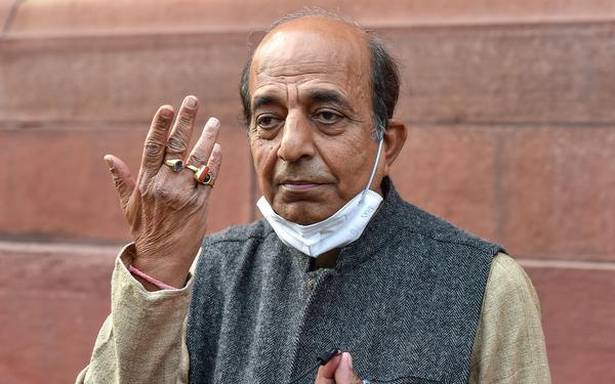 The Election Commission of India on Friday announced the by-election to a Rajya Sabha seat from West Bengal that was vacated by the resignation of then Trinamool Congress MP Dinesh Trivedi in February.

The ECI said the poll and counting would be held on August 9. Mr. Trivedi had resigned from the Rajya Sabha on February 12, while the term was up to April 2, 2026. He then joined the BJP in March.

The commission said that COVID-19 protocols such as mandatory wearing of masks and physical distancing would be followed during the by-election process and that the West Bengal Chief Secretary would depute a senior officer to ensure that the rules were followed.