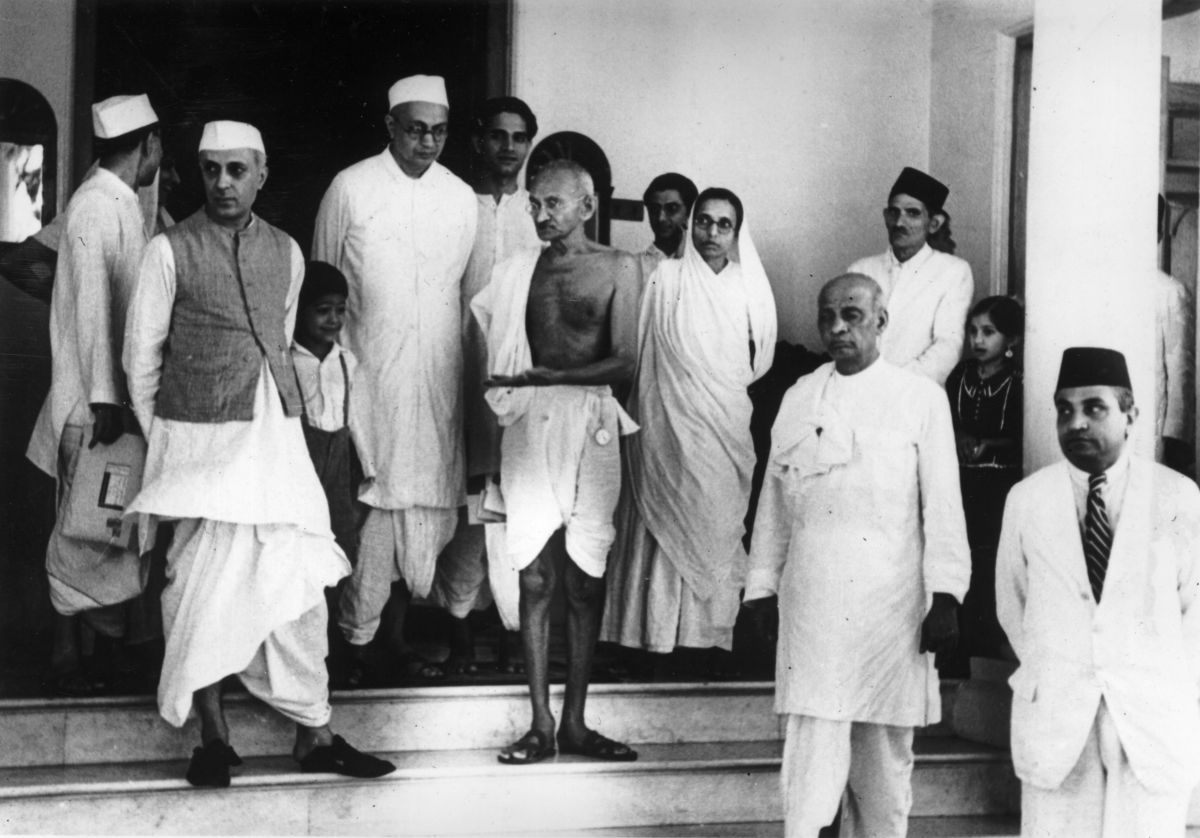 I think the ‘What-if-it-had-been-Patel?’ sentiment represents a yearning for more of what we are already seeing around us in India today, observes Aakar Patel.

We are in the middle of yet another election cycle (do these things never end?) and the matter of Nehru versus Patel has returned.

A few weeks ago, a speech by the home minister was published with the headline: ‘Had Sardar Patel been India’s 1st PM, many problems would not have occurred: Shah’.

This continues the ruling party’s effort at producing a generation that thinks of Patel and Bose as different from the Congress, and even haters of the party.

But let us return to the question: What if Patel had been prime minister instead of Jawaharlal Nehru?

This counterfactual never seems to vanish, especially in Gujarat, which considers this an injustice done to Patel — seen as more competent, more nationalist, more capitalist — than Nehru.

There are three assumptions in the Patel-not-Nehru view.

First, that Vallabhbhai resented this arrangement.

Second, that by ‘insisting’ that Nehru be made the PM, Gandhi let down his fellow Gujarati.

Third, that had Patel indeed led independent India in its initial phase, things would have been different. But different how? That is unclear.

There is a belief that he would have ‘sorted out’ Pakistan and we would never have had the Kashmir problem.

The assumption, a false one, here being that the Kashmir problem is located in Islamabad and not Srinagar.

The fact is that we could arrive at any favourable understanding with Pakistan — and indeed we did in Simla in 1972 — and the problem in Srinagar would still remain.

At a basic level, of course, the Patel question is total infructuous.

The key fact to consider in the Nehru versus Patel debate and the question of ‘What would have happened had Sardar Patel been prime minister?’ is this: Patel passed away in December 1950, before India’s first general election.

Even if he had been the PM he would have not been around long enough to influence the nation in any meaningful manner.

Patel was part of the earlier generation, and, along with Jinnah and Gandhi, passed on shortly after Independence; Gandhi going first in January 1948, then Jinnah in September of the same year, after a long illness.

We have examples in our history of people (P V Narasimha Rao) who are thought to have had more life infused in them because of high office, and Henry Kissinger also said something about the energising effects of power.

But Patel didn’t die suddenly and his health had been worsening for a while before his death.

In March 1948, seven months after Independence and two months after Gandhi’s murder, Patel had suffered a heart attack and his health had been in decline since that time.

Patel’s great achievement was bringing the princely states into the Union.

It is why the colossus facing the Narmada Dam is named the Statue of ‘Unity’.

Most of that actually happened before Independence, and in the months leading up to August, 1947.

Only a few states remained outside — Junagadh, Hyderabad and Jammu & Kashmir especially — the Union after the British had gone.

The fact is that Patel’s best work was mostly, if not entirely, before Independence.

(We should pause here to reflect on the fact that we betrayed Patel’s solemn word to the princes on the matter of their privy purses with the 26th Amendment.)

And so it is not meaningful to hypothetically place him in any influential position after that date.

So then what explains this continued insistence that he would have made a difference had he not been undone by Gandhi and Nehru?

I think the ‘What-if-it-had-been-Patel?’ sentiment represents a yearning for more of what we are already seeing around us in India today.

More Hindutva, more anti-Muslim nationalism. Some people are transposing on Patel the views they hold about the sort of nation we are and ought to be.

The fact is that they are misreading Patel. In his book Sardar Patel and Indian Muslims, Rafiq Zakaria showed the facets of Patel’s secularism.

His message to Hindus in the Constituent Assembly was: ‘It is for us who happen to be in a majority to think about what the minorities feel and imagine how we would feel if we were treated in the manner in which they are treated.’

Patel was instrumental, according to Dr Zakaria, in giving minorities the right to propagate.

Patel was instrumental also in giving minorities the right to run their own institutions.

This is not the sort of work we imagine when we think of the no-nonsense Vallabhbhai.

It is true, of course, that Patel looked on Muslim motives with suspicion after Partition. But he was able to put himself above his emotions.

In fact, against the wishes of B R Ambedkar, he gave Muslim leaders in the Constituent Assembly the opportunity to themselves take back their demand for separate electorates in India.

This is something the Sikhs had demanded assuming, wrongly as Patel knew, that Muslims would also want it.

This great gesture from Patel absolved Muslims from the charge of continued separatism.

Gandhi said this of Patel: ‘I know the Sardar… His method and manner of approach to the Hindu-Muslim question, as also to several other questions, is different from mine and Pandit Nehru’s. But it is a travesty of truth to describe it as anti-Muslim. The Sardar’s heart is expansive enough to accommodate all.’

This is true and must be repeated in the face of propaganda.