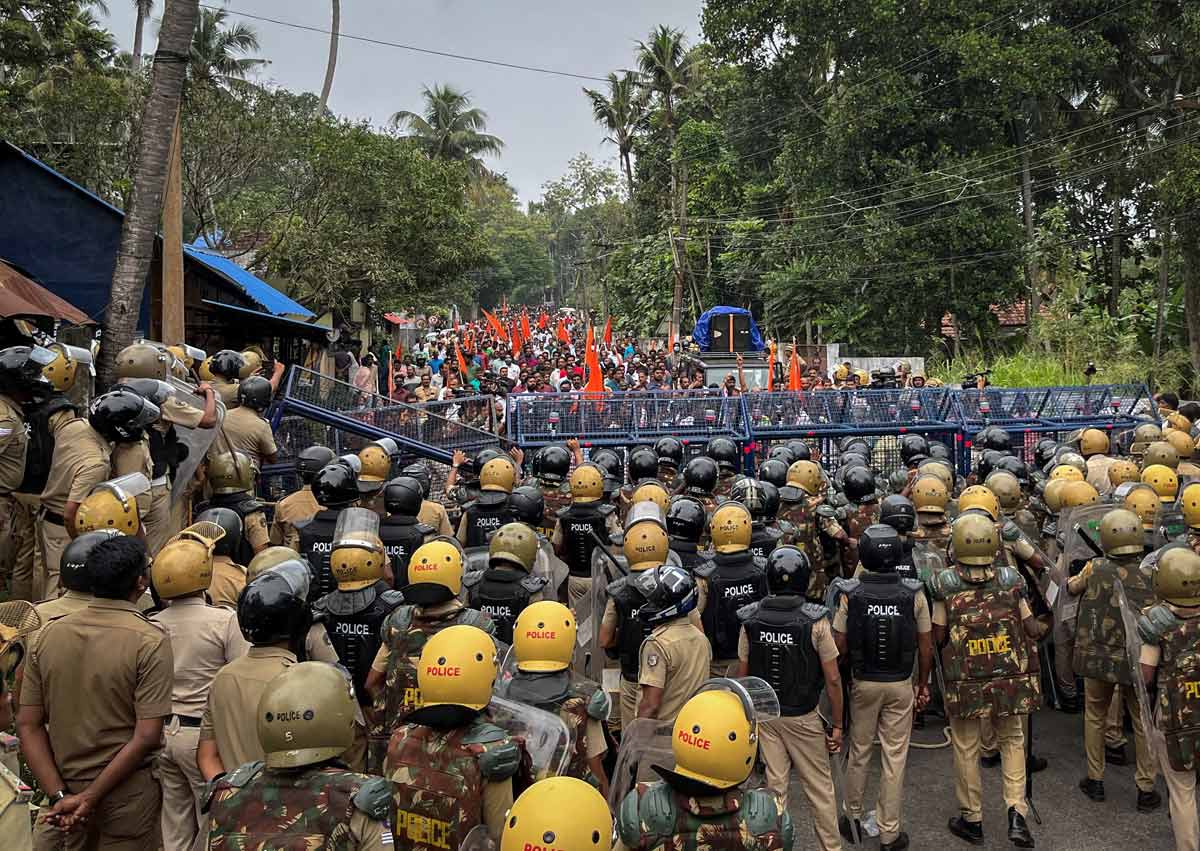 The shipping business is like the heaving sea — it’s up and down, observes Shyam G Menon.

On July 15, 2015, the Mint business newspaper reported that Adani had received the letter of award to develop Vizhinjam port. The project cost was Rs 4,089 crore (Rs 40.89 billion).

It is perceived as solution for the transhipment of Indian cargo through Colombo, where the bulk of containers transhipped, is from India.

“Mother port, mother port — that is what you hear,” a veteran of the shipping business in Kochi, said of Vizhinjam in early October 2022. 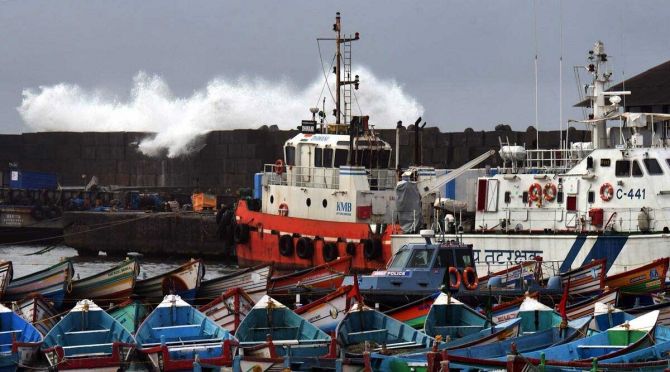 Not far from the café we were at in Ernakulam was Kochi’s backwaters. Across the shipping channel, on Willingdon Island was the Kochi port’s first container terminal and located to a side of the whole backwater complex, the Vallarpadam container transhipment terminal.

The transhipment terminal, India’s first dedicated facility, was built with much anticipation. It has its share of supporters and critics.

Some point to the terminal’s dependence on dredging, as a limitation. Others counter pointing to Rotterdam, Europe’s biggest port and one that is dependent on dredging.

Either way, volumes handled at Vallarpadam have been modest overall. 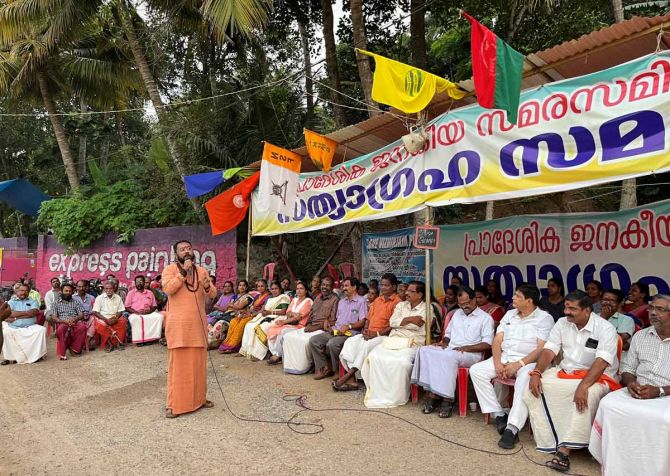 At its heart, container transhipment is logistics in hub and spoke mode.

The spokes feed cargo to aggregator hubs serviced by big ships. Alongside China’s rise in global manufacturing, the size of these ships plying on routes linking China to Europe and US, has grown.

Vizhinjam, where Kerala hopes big ships will call, is around 220 kilometres south of Kochi. However, despite transhipment, the container business isn’t all about Goliaths.

While the really small ships will stay feeders, the medium sized ones do get to be mainline vessels offering efficient connection to distant destinations.

Point is, ship size doesn’t matter to the shipper, whose priorities are cost and delivery in time.

“Freight rate does not vary depending on the size of the vessel. It is dictated by the market place and the service contract between the shipper and the carrier.

“The economy of operating a bigger sized vessel is purely to the benefit of the line or carrier,” the shipping industry veteran before me explained.

Because it requires benchmarking cost to major global ports, transhipment is a severely competitive business that is often a contest with profitability. This is the case in Kochi.

Vizhinjam has deep draft and a private port developer in place. But there are gaps in its optics dominated by chorus of “mother port,” a term, shipping professionals don’t understand. 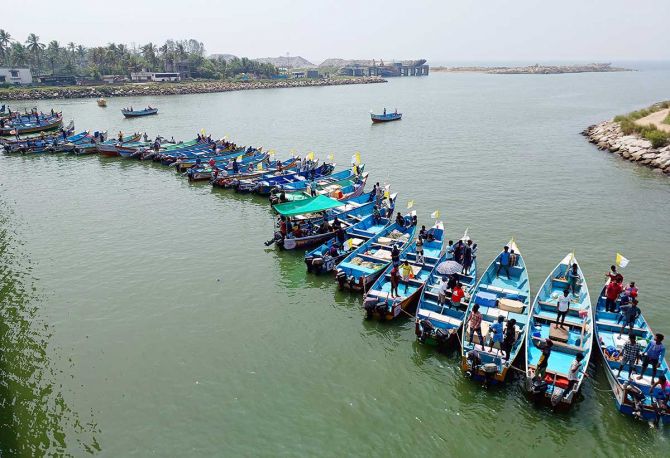 Ports are typically a product of locational advantage and access to some degree of captive cargo.

As an old port, Kochi tapped into its hinterland’s trade in spices, coir, cashew and marine products for sustenance.

Vizhinjam’s potential hinterland is shared with Kochi and Tuticorin ports.

Although as a private entity, Vizhinjam may be spared the manner in which major ports fix tariff in India, the trade is curious to see how the port will swing cargoes its way.

Locally generated cargo is important because container ports surviving solely on transhipment are a rarity.

There are several direct sailings already in place from India’s western and eastern ports. They needn’t alter easily for Vizhinjam’s sake.

The industry senior I spoke to could recall only two pure transhipment facilities in Asia — Salalah in Oman and Tanjung Pelapas in Malaysia.

When it comes to a terminal surviving on just transhipment, usually a large shipping line is brought onboard. Lines own or manage ships. They can alter the pathways of transport, provided a shift to a new port makes business sense.

The route from Colombo to Suez may run close to Vizhinjam. But for it to flex towards Vizhinjam, a line must will it.

As yet, one hasn’t read anything in the media of a shipping line investing in Vizhinjam to make it its transhipment hub. Maybe that will happen going ahead. 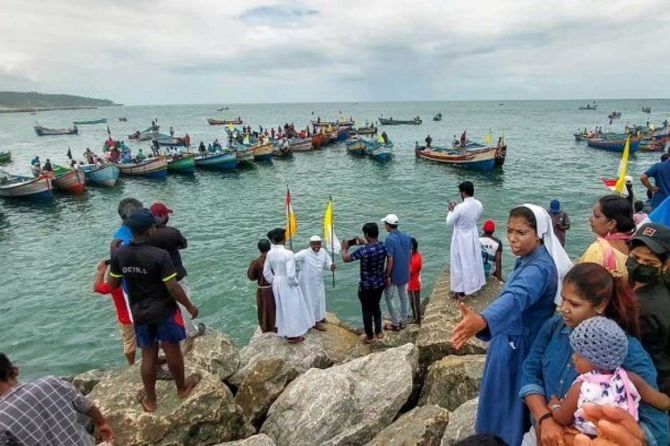 Second, global benchmarks in cost and transhipment operations aren’t merely aspirational statements. They must be delivered.

The operating environment in 2022 includes container terminals with high levels of automation that not only function more efficiently than at earlier levels of manpower but also more continuously.

In other words, the state should not dump the labour politics of old Kerala on Vizhinjam if the port is to compete for transhipment.

Third, government failure to address the grievances of the protesters may prove costly.

Kerala is one of the most densely populated states in India. In Kerala, the coastal areas are thickly populated spots.

A big project in such a setting automatically entails dislocation of people and the need to rehabilitate convincingly.

When ships load and discharge volumes of containers, there is the need to move the boxes promptly by road and rail.

“Remember, once the port is functional, access to the port will be through lands inhabited by the protesters,” the shipping industry veteran, said, highlighting the need to address the local community’s grievances.

Equally, the protesters calling for a halt to project work, need to reflect on the consequences of their demand.

A major project stopped so will be a setback for Kerala. More important — there is already money spent on construction so far. Whose onus would it be to repay such amounts? 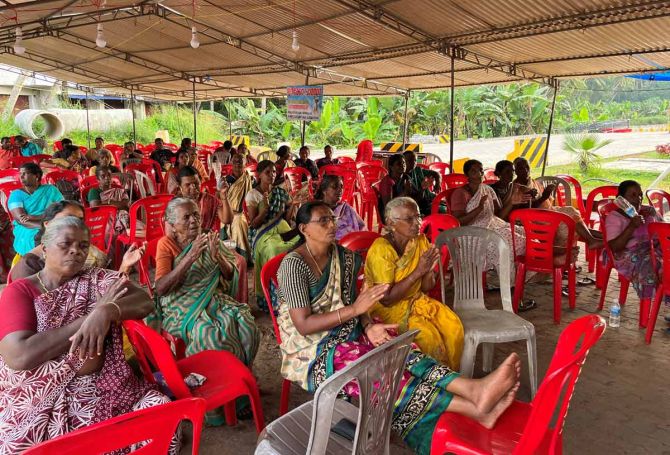 Between 2015 and 2022, much has happened. In Kerala, the Congress government that awarded the project was replaced by a Left government, currently into its second term.

Adani’s standing in the world of business and politics has grown.

In 2021, Mundra became the biggest container port in India.

Starting early 2020, the tiniest of things — a virus — turned the world upside down. In container shipping, COVID-19’s impact was dramatic and contrary to the spectre of suffering the world was trapped in. Reason — market economics.

As of November 2022, the record freight rates of the pandemic period are over. Global trade fears recession. Demand has fallen on select trade lanes and with newly built ships expected to join fleets, container shipping stares at the risk of over-capacity.

The emphasis on building big ships has made the fleet top heavy. Trade reports indicate likely scrapping of older container vessels, most of which are small ships.

That’s how the shipping business is. Like the heaving sea, it’s up and down. 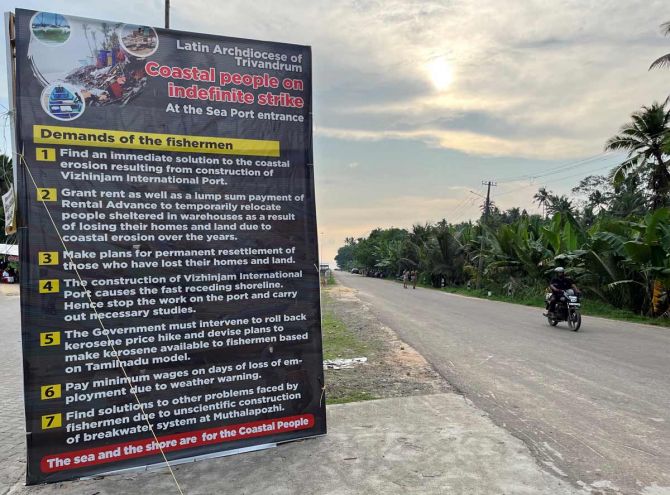 In September 2021, six years after Adani was awarded the deal to develop the Vizhinjam port, the media reported that the group was set to acquire a 51 per cent equity stake in the West Container Terminal at Colombo port.

An article on Adani’s proposed investment in Colombo, dated October 4, 2021 in The Hindu, quoted Rohan Masakorala, maritime shipping expert and CEO of the Shippers Academy Colombo as saying, ‘The capacity for ultra-large container ships in the region is low. While Colombo leads in that capacity, it has not developed and upgraded its capacity enough to be in line with the demand.’

In the environment of COVID-19 related shipping issues, lines were increasing direct calls to Indian and other regional ports.

This may be ‘the crossroads of a new era for container shipping in the region,’ he noted.