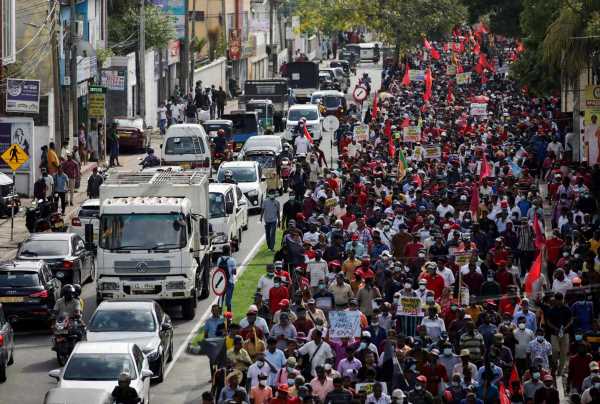 As the protests in Colombo against Sri Lankan President Gotabaya Rajapaksa continued on Tuesday, elsewhere on the island — in southwestern Rambukkana — police opened fire at anti-government protestors, killing at least one person and injuring 13 others.
Please click on the images for a look at the unusual protests in the Sri Lankan capital. 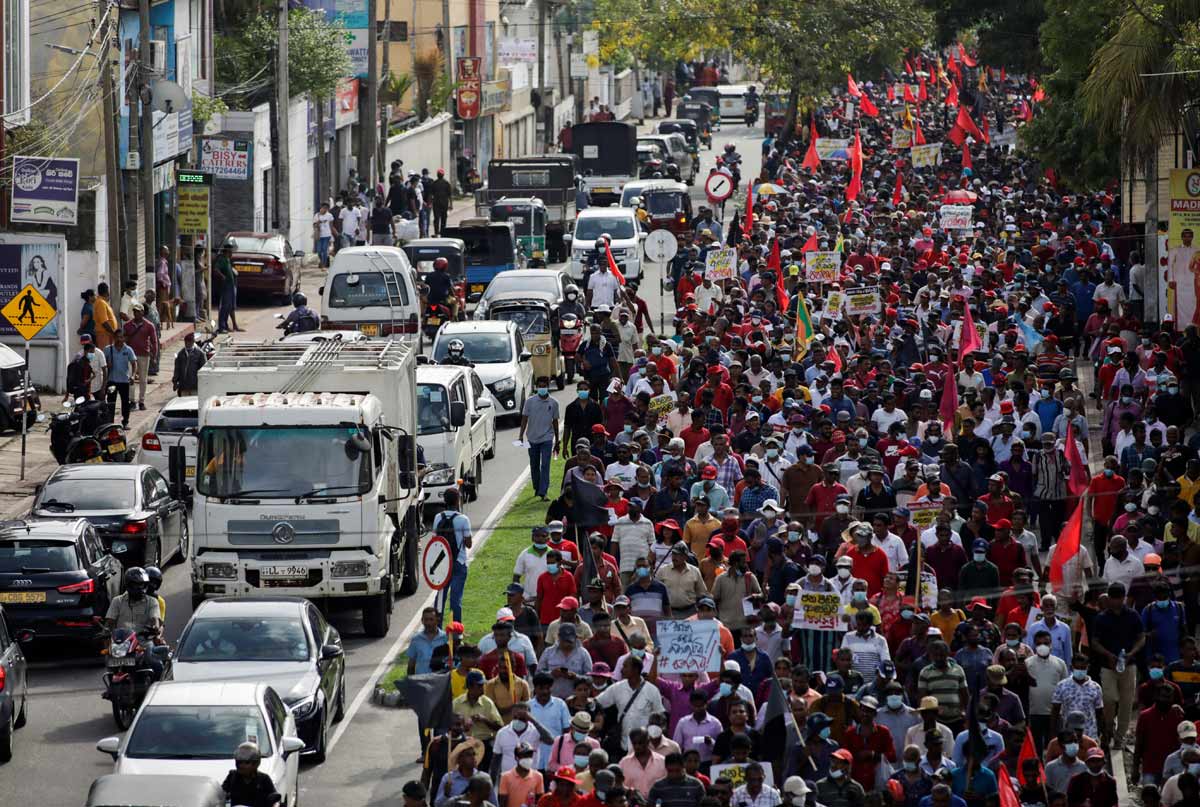 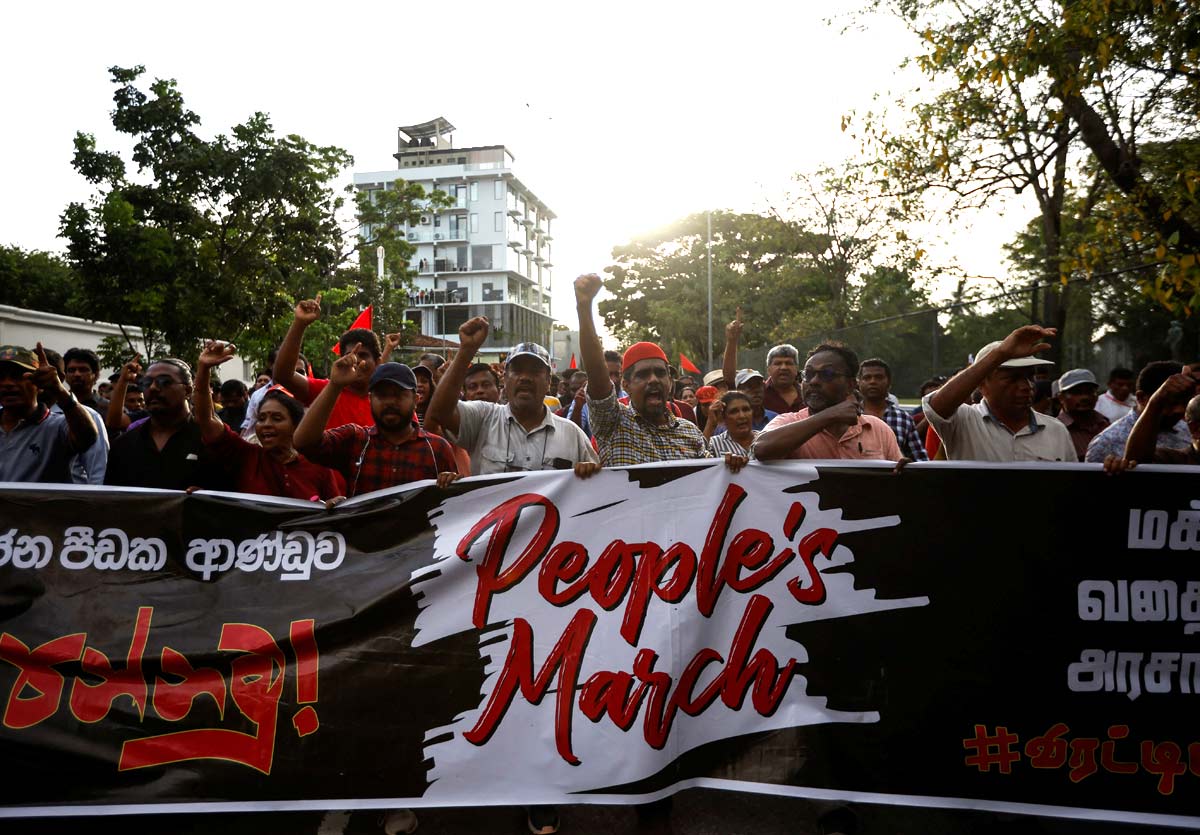 IMAGE: Beruwala is located 60 km from Colombo. The protests have spread from the capital to other parts of the island as the economic misery has no end in sight. Photograph: Navesh Chitrakar/Reuters 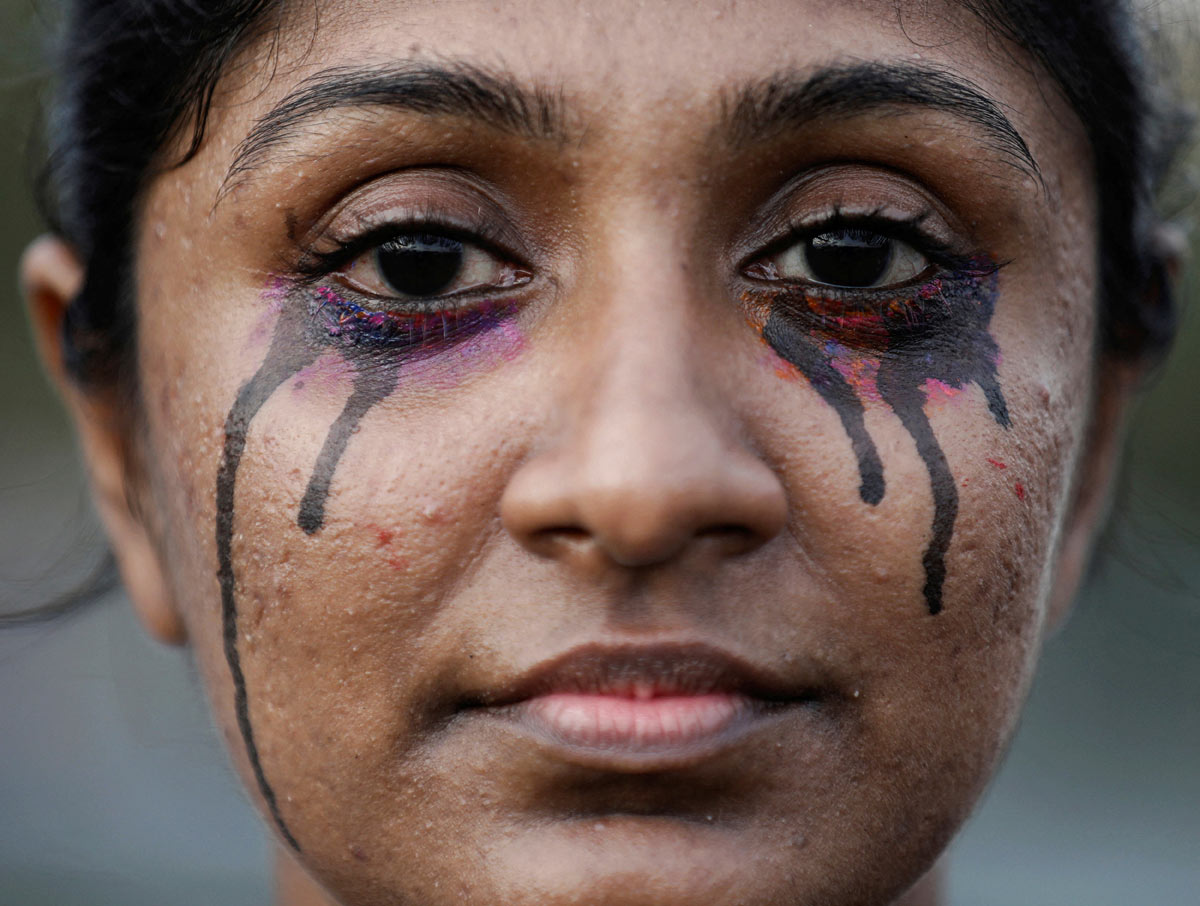 IMAGE: A demonstrator’s eye make up indicates tears shed for a country whose leaders appear clueless about ways to end the crisis. Photograph: Dinuka Liyanawatte/Reuters 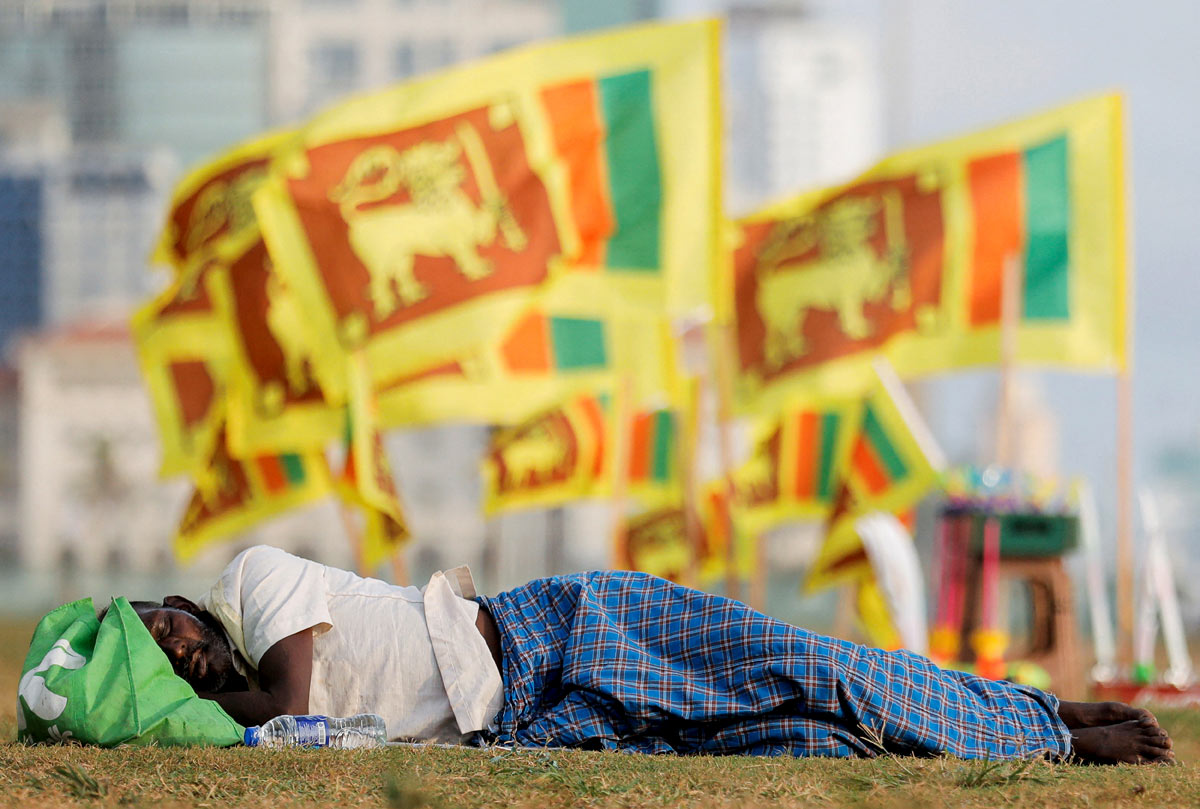 IMAGE: A man takes a nap near the area where the protestors gather in the government quarter in Colombo — the venue is called Gota-Go village (Gotabaya Go, geddit? :)). Photograph: Dinuka Liyanawatte/Reuters 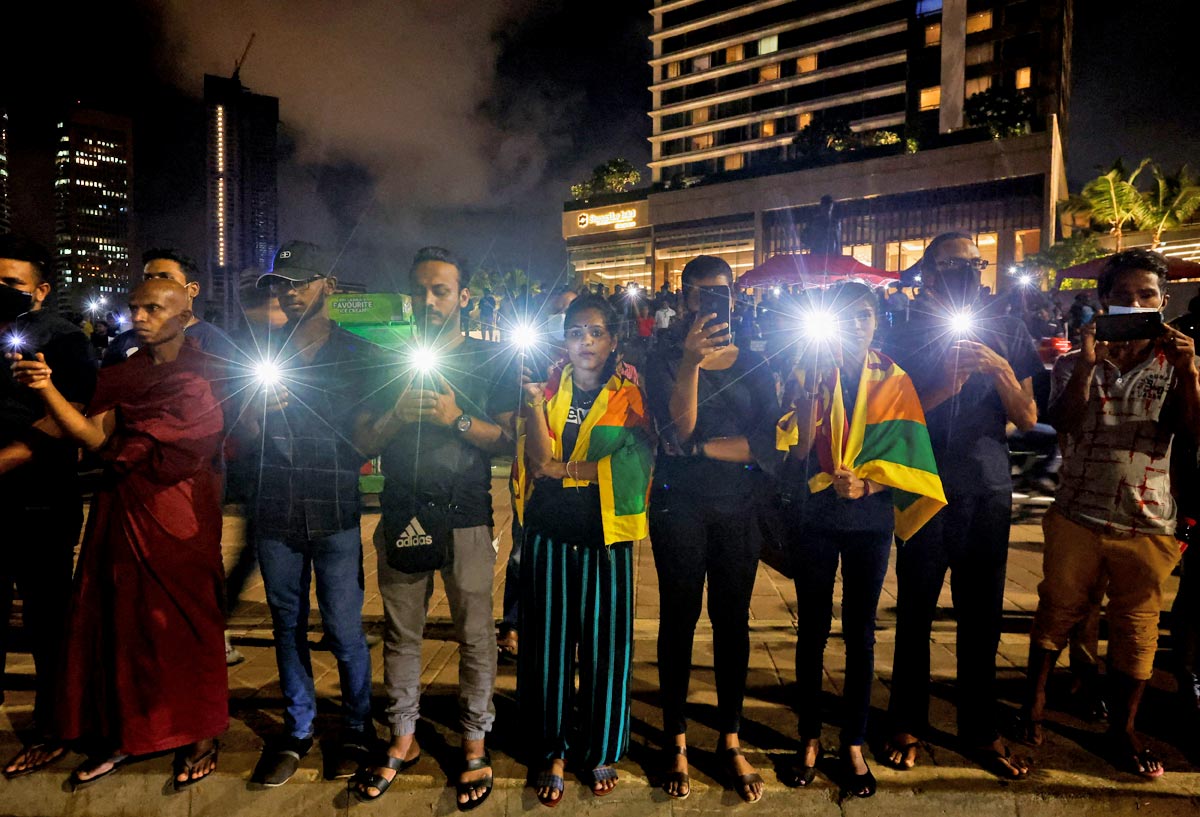 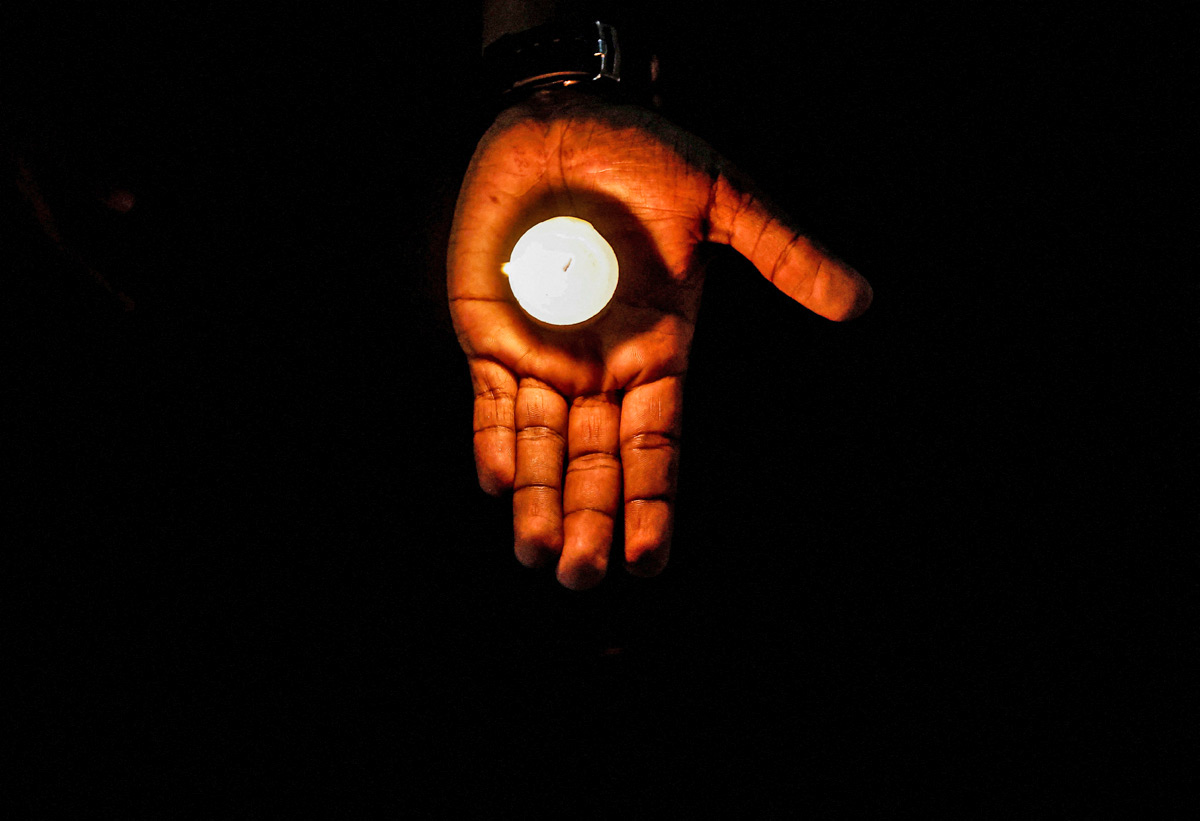 IMAGE: A candle seen during the candlelight vigil. The protests continue, the crowds ebb and grow, but behind the protected precincts of the presidential secretariat, Gotabaya Rajapaksa, former soldier and ex-strongman, seems bewildered by the daily turmoil, but refuses to go. Photograph: Navesh Chitrakar/Reuters 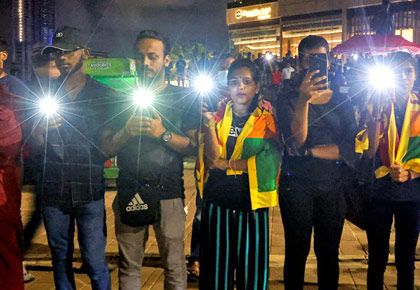