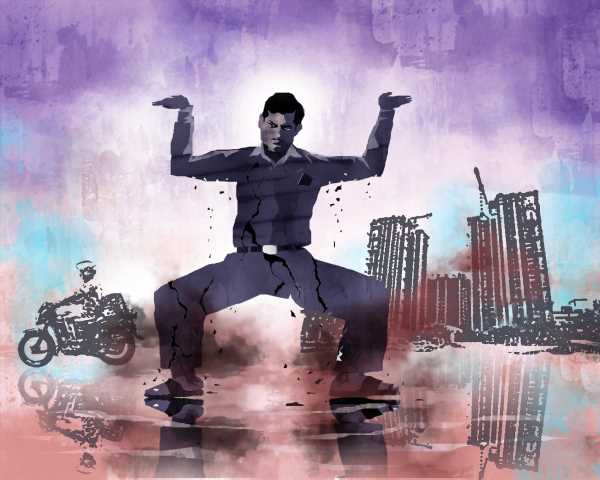 Ajit Balakrishnan on how to arrest a worldwide decline.

As a son and grandson of doctors and a firm believer in a meritocratic education system, and thus a staunch Indian middle class man, I get anxious when I read headlines in Indian as well as American and European media about the apparent dramatic decline in the middle class underway in the world.

PEW Research Center, a reputed American think-tank, says that ‘the middle class in India is estimated to have shrunk by 32 million in 2020 as a consequence of the downturn, compared with the number it may have reached absent the pandemic’.

Another report in the Journal of Economic Issues says that ‘(the) middle class has decreased in eighteen out of twenty-six countries [in Europe]’.

If middle class jobs are declining worldwide, is there something happening in the world like the Industrial Revolution of the mid-18th century, when the advent of the spinning and weaving machines decimated the jobs of manual spinners and weavers in England, Europe, and India?

Before diving into that, it is worth wondering if the decline in the numbers of middle class people happens, what damage could it do for a country.

Some scholars believe that from the time of Aristotle, there has been a belief that societies that are administered by a strong middle class appear to fare better than the ones ruled either by the rich (oligarchies) or the very poor. The middle class normally forms a solid pillar that stands for social cohesion and economic performance.

In India’s own case, the leaders who underwent immense sacrifices and contributed to the building of modern India were primarily from the middle class: Gopal Krishna Gokhale, Pherozeshah Mehta, Aurobindo Ghosh, Jawaharlal Nehru, Rajendra Prasad, Vallabhbhai Patel, Maulana Azad, to name a few.

If the middle class in India is being eroded in the present times, what type of leaders can we expect in the future?

The issue apparently is significant enough for Wikipedia to devote a new section to it titled the ‘Middle-Class Squeeze’. It points out that being middle class ‘used to mean having a reliable job with a fair pay; access to healthcare; a safe and stable home; the opportunity to provide a good education for one’s children, including a college education; time off work for vacations and major life events; and the security of looking forward to a dignified retirement’. That was reassuring.

… but then came a shocking surprise: It points to the recent announcements of the exit of stalwarts like Ford Motors, General Motors, and Harley Davidson from India, citing losses over many years, and attributes these actions to the absence of a middle class with adequate purchasing power!

There are a few worrisome trends as well, which shake our normal understanding of what the Indian middle class is made up of.

An Indian court in a recent ruling held that software engineers could be classified as ‘labour’ and all protection for labour in our industrial relations laws should apply to them as well.

Then there is the exploding ‘gig’ economy: Remember the young men who come to your home to deliver things you ordered from one of our online shopping sites? According to a recent NITI Aayog report, such folks added up to about 8 million now and, in another 10 years or so, are likely to add up to 235 million!

These young men (and some women) doing these delivery jobs are known as ‘gig workers’ and, irony of ironies, are the biggest type of jobs being created by cutting-edge high-tech e-commerce companies!

Many observers believe that because of India’s population, which has a higher proportion of young people than the West and China, India has the potential for having by 2025 a middle class that could be the largest in the world.

It is also a well-proven fact in economics that future economic growth in countries will be driven by the consumption needs of a younger cohort.

This is more so in India, where private consumption has accounted for 60 per cent or more of our gross domestic product.

The question is: What’s the magic trick that will help us create the virtuous cycle of a large youth demographic that has the income to buy homes and kitchen equipment for themselves, which in turn will drive economic growth?

When I laboured in the National Education Commission 2020, a key recommendation I suggested and was heartily accepted by the other members was that we educate all students from Class VIII onwards in our schools in data science because they will then be ready, even with a mere high-school pass, to take on jobs in the emerging Indian economy.

This, I pointed out, will equip these young people to feel comfortable and feel at home in the emerging digital economy. This is part of the final National Education Policy 2020.

But what is needed is a visionary execution of this because data science is going to be the true driver of economic growth.

As Malcolm Thomis points out about the first Industrial Revolution, ‘…most of its aristocracy, governing elite and intellectuals, Austen, Shelley, Keats, Wordsworth, Coleridge, Byron, and Burke, as well as Smith, Malthus, Ricardo…’ seemed unaware of their times as an era of transition towards a ‘modern’ world…