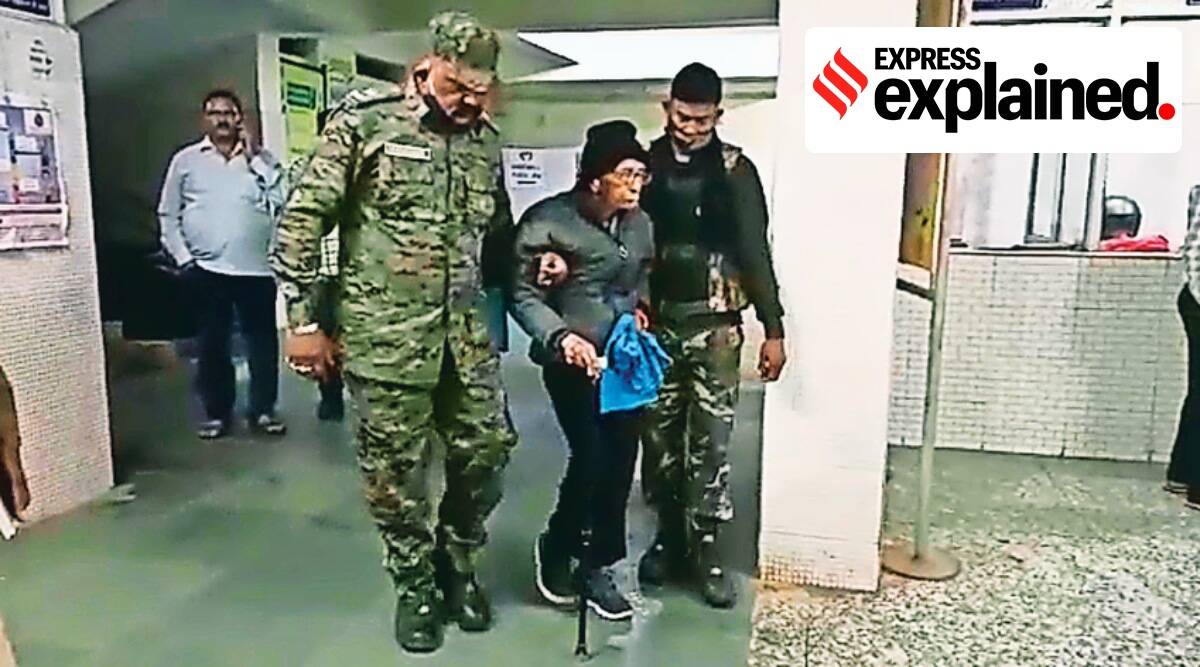 Kishanda is a founding member of the Maoist Communist Centre of India (MCCI) that merged with the People’s War Group to become the CPI (Maoist). Fifty cases are registered against him in Jharkhand, and he carried a reward of Rs 1 crore. Last Friday, Jharkhand Police arrested CPI (Maoist) central committee member Prashant Bose alias Kishanda along with five others. Police sources said Kishanda, who is in late 70s, is part of the organisation’s “think tank”. Jharkhand Police chief Neeraj Sinha told a news conference on Sunday that the police have got hold of an “encylopaedia” of the Maoist organisation.

Kishanda is a founding member of the Maoist Communist Centre of India (MCCI) that merged with the People’s War Group to become the CPI (Maoist). Fifty cases are registered against him in Jharkhand, and he carried a reward of Rs 1 crore.

It is learnt that police managed to reach Kishanda and the other five individuals following the surrender of two area commanders of the CPI (Maoist), Ballon Sardar and Suraj Sardar. Police acted on information that top Maoist leaders would be travelling from the Parasnath Hills in Giridih district towards the dense Saranda sal forest in West Singbhum.

According to police, the five men and a woman, all of whom appeared “suspicious”, were intercepted in the Kandra police station area of Saraikela in Saraikela-Kharsawan district, and taken to a “joint interrogation centre”. Following sustained interrogation, two of the party were identified as Prashant Bose and his wife, Sheila Marandi alias Sheiladi.

The other four individuals were Birendra Hansda and Raju Tudu of Giridih, and Krishna Bahada and Gurucharan Bodra of West Singhbhum, all of whom are “active CPI (Maoist) members”, police said.

Rs 1.51 lakh rupees was seized from them. All six were arrested under the Unlawful Activities (Prevention) Act.

Police sources said that in the early 1960s, Prashant Bose joined a labour organisation that was affiliated to the Naxals. He was arrested in 1974 and, following his release in 1978, went on to co-found the MCCI along with Kanai Chatterjee.

Thereafter, Bose started to organise ongoing protests against zamindars in Giridih, Dhanbad, Bokaro, and Hazaribagh. He worked with local Santhal leaders until around 2000, and strengthened the Naxal organisation in Palamu, Chatra, Gumla, and Lohardaga.

During this period, Bose fought against both police and upper caste zamindar militias such as the Ranbir Sena and Brahmarshi Sena, sources in the Jharkhand Police said.

In the CPI (Maoist)

Since the founding of the CPI (Maoist) in 2004, Kishanda has been a member of its central committee, Central Military Commission, and in-charge of Eastern Regional Bureau. He worked in the South Chhotanagpur area, and lived in the Saranda forest. He tried to strengthen the Maoist organisation in Jharkhand, Bihar, Odisha and West Bengal, and was also part of the West Bengal State Committee. 📣 Express Explained is now on Telegram. Click here to join our channel (@ieexplained) and stay updated with the latest

According to police, Bose was involved in several Maoist actions, including the 2007 murder of Sunil Mahato, then general secretary of the Jharkhand Mukti Morcha and the party’s sitting MP from Jamshedpur.

A day after Kishanda’s arrest, 26 Maoists including Milind Teltumbde, who headed the Maharashtra-Madhya Pradesh-Chhattisgarh zone of the CPI (Maoist), were killed by security forces in Maharashtra’s Gadchiroli district. The back-to-back setbacks are a major blow to the Maoists, and are expected to lead to considerable loss of morale.

In his news conference, Jharkhand DGP Sinha said Kishanda had been active for 40-45 years, and had trained most of the important leaders of the banned organisation. “After the formation of CPI (Maoist), Kishanda was second-in-command and its ideologue…his stature was far higher than his rank. After his arrest we have an ocean of information, and it will take us months to analyse it,” Sinha said.

The police chief paid a backhanded compliment to Bose’s ideological prowess: “He has been mentally far more alert than all of us. Go near him, and he will convert you into a Naxal!”