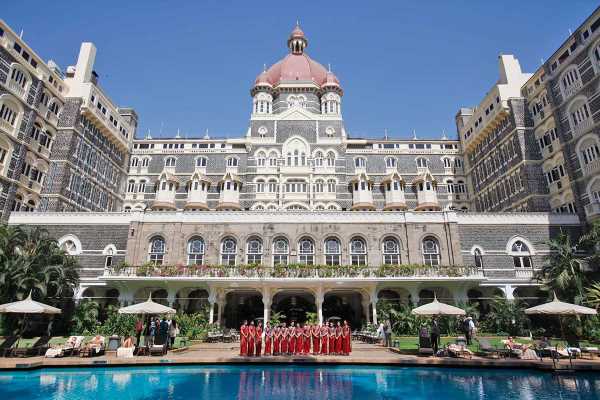 A fascinating excerpt from Harish Bhat’s #Tatastories: 40 Timeless Tales to Inspire You on the occasion of the legendary J R D Tata’s 118th birth anniversary.

On one fine day in 1898, Jamsetji Tata, founder of the Tata Group, suddenly announced that he would build a grand hotel in Mumbai. He said he had bought out the lease of a large plot in the Apollo Bunder area of the city from the Port Trust specifically for this hotel.

It is said that when he announced this grand new venture to his family, his sisters were taken aback. One of them is said to have replied, in Gujarati: ‘What?? You are building an institute of science in Bangalore, a great iron and steel factory, and a hydroelectric project — and now you tell us you are going to put up a bhatarkhana [eating house]!’

A popular and apocryphal story that has made the rounds over the years is that Jamsetji Tata wanted to create the Taj Mahal Hotel because he was refused admission to the Watson’s Hotel in Mumbai since he was not European and the hotel did not admit Indians. Therefore, he wanted to build a grand hotel that could be used by Indians and Europeans alike. This story is almost certainly untrue even though such discrimination based on race may well have existed in those days.

In fact, the historians Sharada Dwivedi and Charles Allen have said that this ‘seems far too petty a reason to fire a man of the calibre of J N Tata, who in the past had not hesitated to cross swords with governments and petty commercial combines’. In that case, could the desire to build a large hotel business have been the primary motivation for building the Taj? After all, Jamsetji Tata was constantly driven by a restless desire to expand his business ventures. But this also was clearly not the reason because Jamsetji had no desire to run a hotel company. In fact, he had hoped to dispose of the lease of the hotel to a European company, but unfortunately, the negotiations fell through. And that’s how he found himself handling the hotel.

A third possible reason could have been the desire to gain significant financial returns from this investment in a hotel. Indeed, this is a legitimate goal for any business person to pursue. But in this specific case, this appears untrue too. Consider the facts for a moment. 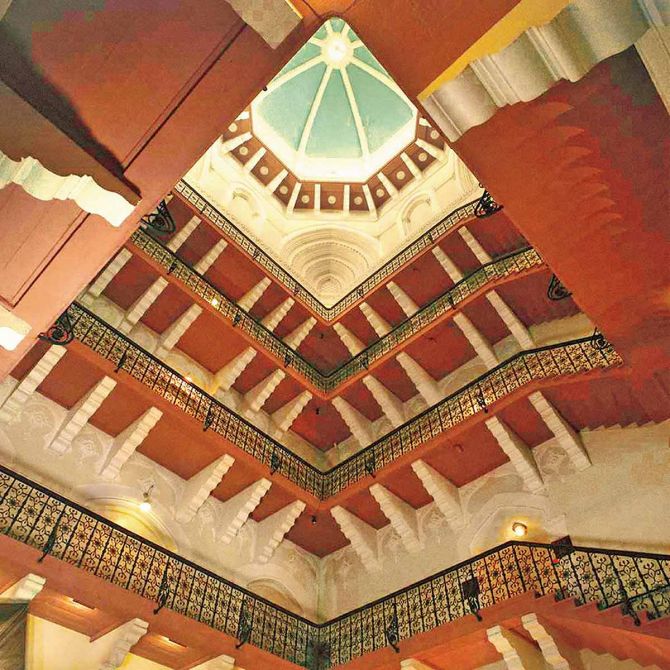 Jamsetji Tata’s prospectus for the hotel talked of first-class restaurants, grand suites, India’s first Turkish bath and the first commercial building in Mumbai to be lit with electric lights. He also went on a global buying spree for the hotel, across London, Dusseldorf, Berlin and Paris, sparing no cost to equip it with the finest infrastructure and accessories — a carbon dioxide ice-making plant to provide India’s first cooling system for hotel rooms, German lift machinery, American fans and spun steel pillars from Paris for the ballroom of the hotel.

All this cost enormous sums of money, eventually pushing up his investment to Rs 26 lakh, a stupendous figure in those days. When the Taj Mahal Hotel opened its doors in 1903, rooms were priced starting at a ‘moderate’ Rs 6 per day — which was perhaps the competitive room rate for those times. Yet it opened with only seventeen guests.

This brings us to what is perhaps the only plausible reason for Jamsetji Tata’s burning desire to build the Taj — his love for his home town, Mumbai, and his belief that a very good hotel was essential for the city to attract visitors and develop further. While there are no letters or documents written by Jamsetji himself in this regard, notes maintained by his personal assistant A J Bilimoria are revealing. One of these notes says:

As he believed that the installation of an up-to-date hotel in Bombay was one of the essential conditions of the city’s advancement, and that no other capitalist was likely to venture, he considered it was his duty to provide the want.

Similarly, a friend of Jamsetji Tata, Lovat Fraser, who served as editor of the Times of India, said, ‘He [Jamsetji Tata] came to me and told me that the idea had long been simmering in his mind, and that he had made much study of the subject. He had not the slightest desire to own a hotel, however; his sole wish was to attract people to India, and incidentally to improve Mumbai.’ 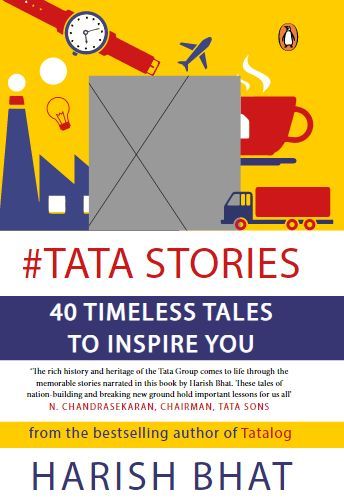 What made matters worse is that in 1897, just one year before Jamsetji announced his desire to build the Taj, Mumbai had been ravaged by the bubonic plague. There was death everywhere and mortality rates reached 1,900 deaths every week that year.

Large numbers of people had left the city, industries had closed down, and business confidence had plummeted. Now, in addition to medical treatment and inoculation, which was already in play, this great city, the commercial capital of India, also desperately needed grand symbols of recovery to get up and walk and, very importantly, to get back its pride.

So, at the heart of it all, the reason why Jamsetji Tata built the Taj Mahal Hotel was his love for Mumbai and India. For him, the ‘why’ was so powerful that it urged him to stake his reputation, withstand all scepticism, and invest a very large sum of resources to create the iconic hotel.

Excerpted from #Tatastories: 40 Timeless Tales to Inspire You by Harish Bhat with the kind permission of the publishers, Penguin Random House India.