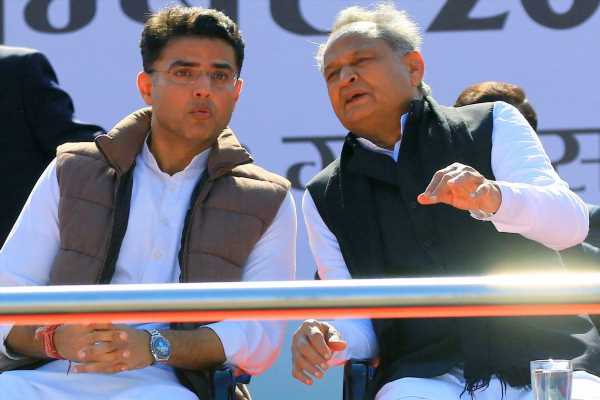 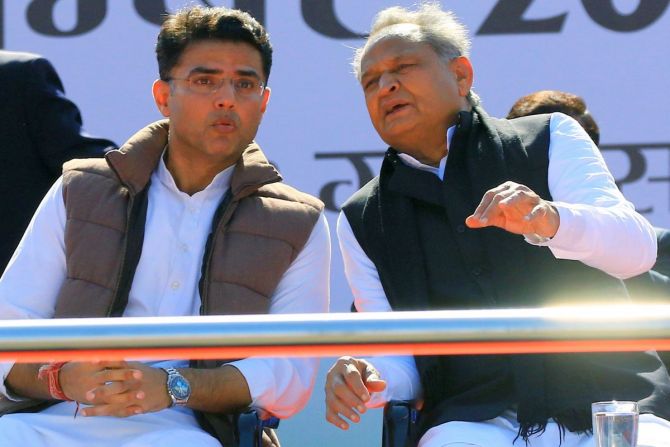 The battle between Chief Minister Ashok Gehlot and former deputy chief minister Sachin Pilot has intensified after Gehlot’s scathing attack on Pilot during an interview on the NDTV television news channel last week, calling Pilot gaddar (traitor) and a saboteur who tried to topple the very government in which he was the DCM.

Gehlot’s remarks were promptly condemned by senior party leaders with Congress spokesman Jairam Ramesh noting that the chief minister was ‘too harsh’ on Pilot. At the same time, Ramesh pointed out the Congress needs both Gehlot and Pilot in its ranks.

Harsh language is not Gehlot’s style, but he has deviated from his cautious approach when he speaks about Pilot who he denounced as a ‘gaddar‘, ‘nikamma‘ (useless) and ‘mahatvakanchi‘ (aspiring and power-hungry) during the 34-day rebellion mounted by Pilot and his small group of party MLAs in 2020.

Gehlot’s recent comments ironically were made to a television news channel, which he had once criticised for its supposedly pro-Pilot coverage.

Gehlot apparently called a senior NDTV editor to Rohet, a village in Pali district near Jodhpur, to grant the news channel an exclusive interview. 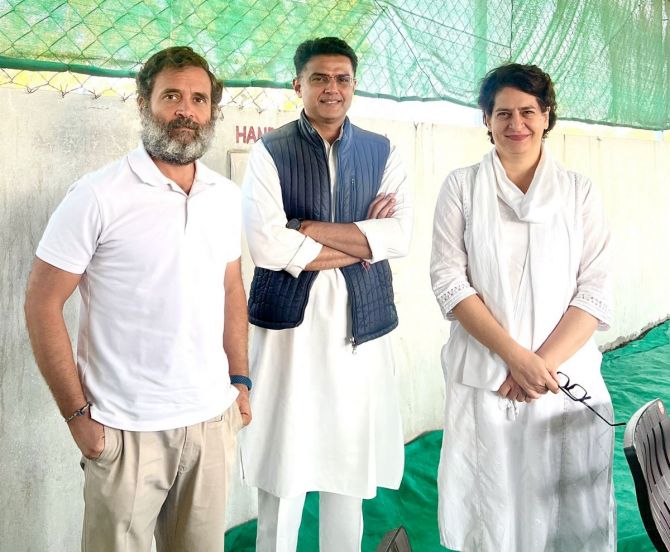 What provoked Gehlot’s belligerence was Pilot’s participation in the Bharat Jodo Yatra with Rahul and Priyanka Gandhi in Madhya Pradesh.

Joshi, a former Union minister, had gone to Maharashtra after meeting Acharya Pramod Krishnam, who is considered close to Priyanka Gandhi.

Krishnam had met Joshi in Jaipur for two hours after which the speaker traveled to Maharashtra with two of Gehlot’s confidants, Minister Lal Chand Kataria and young party MLA Rohit Bohra.

This gave rise to speculation that Joshi was in line to take over the chief ministerial baton from Gehlot if the party decided on a change of leadership.

Gehlot is hell-bent on preventing Pilot from taking over the reins of power from him and has let it be known that he would oppose the younger man’s candidature if the party’s central leadership insisted on a change at the helm in the state. 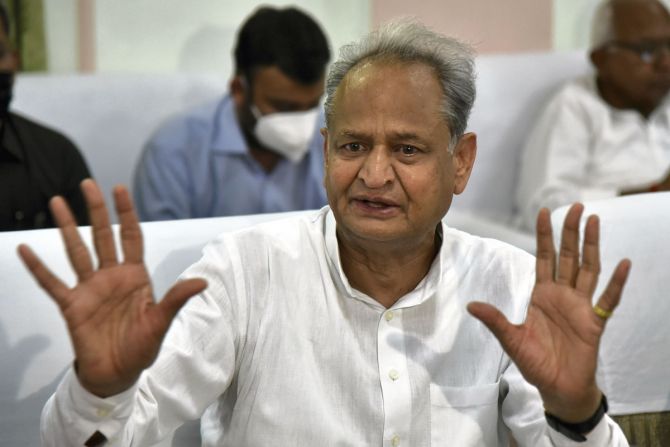 Gehlot is an astute politician and his candour during the NDTV interview was meant to alert the Congress’ central leadership about his vehement opposition to Pilot.

Interestingly, Gehlot was not critical when Ajay Maken offered to step down as the Congress general secretary in charge of Rajasthan after he decided to take action against two ministers in Gehlot’s cabinet for preventing the Congress legislature party meeting in September.

After it was decided that Gehlot would contest the election for Congress president in September, then Congress president Sonia Gandhi had asked Mallikarjun Kharge and Maken to convene a Congress legislature party meeting in Jaipur at which a one-line resolution was to be passed entrusting the responsibility of choosing Gehlot’s successor to Sonia.

Before the CLP meeting could be convened, Gehlot’s MLA supporters met Speaker Joshi with letters of resignation from the assembly.

Gehlot thus conveyed to the party high command that Pilot would not be accepted as chief minister and that any move to make him CM would be disastrous for the Congress in Rajasthan.

After the Congress leadership backed down — Gehlot also withrew his name for contention for the party presidentcy — the chief minister proved that in Rajasthan Congress politics, it’s only he who calls the shots.

Gelhot’s rebellion was a warning to the Gandhis that if they insisted on foisting Pilot as chief minister, the ensuing political crisis could lead to the fall of the Congress government in Jaipur. Gehlot also asserted that he would lead the party to power again when Rajasthan goes to the polls next year. While Pilot is supported by two influential MLAs, Ved Prakash Solanki and Khilari Lal Berwa, he also has a supporter in Rajendra Singh Gudha, who was elected to the Vidhan Sabha as a Bahujan Samaj Party candidate and later merged the BSP with the Congress along with five other BSP MLAs.

Gudha, a minister, has issued statements that Pilot should be made chief minister, saying once the high command does that, all of Gehlot’s 102 MLA supporters would make a beeline for Pilot.

Another Congress MLA Divya Maderna has been critical of Gehlot and demanded that two ministers, Shanti Dhariwal and Mahesh Joshi, along with Gehlot’s right hand man Dharmendra Rathor be punished for preventing the CLP meeting in September.

Adding to the political tumult is the threat by Gujjar leaders to stop the Bharat Jodo Yatra when it enters Rajasthan later this week to press their demand for job reservations for the community.

The Gujjars have also been demanding that criminal cases registered against those who were involved in the agitation 12 years ago be withdrawn.

Sachin is in a Catch-22 situation as he cannot force the Gujjars to give up their plan to disturb Rahul Gandhi’s yatra without facing the wrath of his community.

On the other hand, if the Gujjars continue with their plan to agitate against Rahul, it would cause Pilot huge embarrassment.

The political crisis in Rajasthan may have an impact on the by-election for the Sardarshahr assembly seat where Congress candidate Anil Sharma is finding it tough against the BJP’s Ashok Pincha.

The by-poll result in Sardarshahr will reveal the current popularity or otherwise of the Gehlot government as the chief minister claims that Rajasthan with its welfare schemes has become the new role model state in the country, replacing Gujarat.